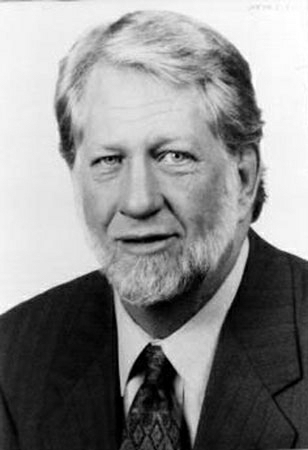 You could argue that Bernard Ebbers, of the now defunct WorldCom, was one of the biggest conflict avoiders in corporate history. As CEO, Ebbers avoided internal company conflict at all costs, and he ultimately avoided the reality that WorldCom, once the dominant company in the telecommunications industry, was in serious economic trouble. Notorious for his temper, employees were reluctant to present Ebbers with company information that he didn’t like. A 2002 Economist article describes Ebbers as “parochial, stubborn, preoccupied with penny-pinching.…Mr. Ebbers was a difficult man to work for.” Under Ebbers, WorldCom’s $9 billion accounting fraud grew in order to avoid facing its worsening economic reality.

WorldCom’s roots stem from a Mississippi telecom company called LDDS where Ebbers was CEO. Growing to over 80,000 employees through multiple acquisitions of other telecom businesses, WorldCom became the overwhelming industry leader. However, many of WorldCom’s executives had worked with Ebbers since his start as CEO 2 decades before. Ebbers, who was regularly seen in cowboy boots and a 10-gallon hat, led his close-knit staff in a “shoot from the hip” style. He was resistant to new technology and famously refused to use e-mail to communicate with his employees. A well-known company mantra was “That’s the way we did it at LDDS.” Ebbers lead WorldCom through over 60 acquisitions over a period of 15 years. He grew annual revenues from $1 million in 1984 to over $17 billion in 1998. However, Ebbers had little regard for long-term plans and avoided making larger strategic decisions as his company accumulated increasing debt.

As WorldCom acquired new companies, its accounting procedures, computer systems, and customer service issues became increasingly more complex, and industry experts note that WorldCom struggled to keep up with the growth. Company employees who tried to bring initial problems to Ebbers’s attention were discouraged, and Ebbers made it clear he only wanted to hear good news. This avoidance of problems created a company culture that demanded success at all costs. That ultimately included falsifying financial reports. For example, former employees admitted to registering “rolling revenue” to inflate earnings, recording a single sale multiple times. Another 2002 Economist article reports that this and other dishonest techniques were “endemic in the sales hierarchy of WorldCom.…Increasing reported revenues came above all else.”

Despite efforts to inflate the books, WorldCom’s stock prices dramatically declined, and Ebbers left the company in 2002 after pressure from WorldCom’s board of directors. What came to light after his departure, however, highlighted the significant problems he avoided confronting. Under new CEO John Sidgmore, internal auditor Cynthia Cooper uncovered multiple instances of financial dishonesty and illegal activity overseen by CFO Scott Sullivan, a close confidant of Ebbers. A 2002 Wall Street Journal article reports, “As she pursued the trail of fraud, Ms. Cooper time and again was obstructed by fellow employees, some of whom disapproved of WorldCom’s accounting methods but were unwilling to contradict their bosses or thwart the company’s goals.”

Ultimately Cooper’s investigation revealed the fraud that took place under Sullivan and Ebbers. Sullivan later admitted to having booked $3.8 billion of costs as capital expenditures and that five quarters’ worth of profits should have been recorded as losses. Ebbers’s refusal to honestly face the harsh economic truth for WorldCom was ultimately highlighted to be a source of WorldCom’s financial problems. In 2005, he was found guilty of fraud, conspiracy, and filing false documentation. WorldCom was purchased for $7.6 billion and subsequently integrated into Verizon (NYSE: VE) in 2006, and Ebbers began serving a 25-year jail sentence in 2005.