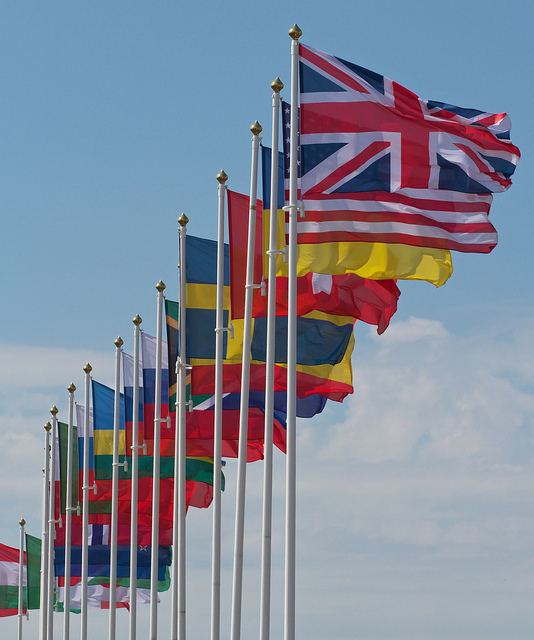 When you are a company that operates in over 170 countries with a workforce of over 398,000 employees, understanding and managing diversity effectively is not optional—it is a key business priority. A company that employs individuals and sells products worldwide needs to understand the diverse groups of people that make up the world.

Starting from its early history in the United States, IBM Corporation (NYSE: IBM) has been a pioneer in valuing and appreciating its diverse workforce. In 1935, almost 30 years before the Equal Pay Act guaranteed pay equality between the sexes, then IBM president Thomas Watson promised women equal pay for equal work. In 1943, the company had its first female vice president. Again, 30 years before the Family and Medical Leave Act (FMLA) granted women unpaid leave for the birth of a child, IBM offered the same benefit to female employees, extending it to one year in the 1960s and to three years in 1988. In fact, the company ranks in the top 100 on Working Mother magazine’s “100 Best Companies” list and has been on the list every year since its inception in 1986. It was awarded the honor of number 1 for multicultural working women by the same magazine in 2009.

IBM has always been a leader in diversity management. Yet, the way diversity was managed was primarily to ignore differences and provide equal employment opportunities. This changed when Louis Gerstner became CEO in 1993.

Gerstner was surprised at the low level of diversity in the senior ranks of the company. For all the effort being made to promote diversity, the company still had what he perceived a masculine culture.

In 1995, he created eight diversity task forces around demographic groups such as women and men, as well as Asians, African Americans, LGBT (lesbian, gay, bisexual, and transgender) individuals, Hispanics, Native Americans, and employees with disabilities. These task forces consisted of senior-level, well-respected executives and higher-level managers, and members were charged with gaining an understanding of how to make each constituency feel more welcome and at home at IBM. Each task force conducted a series of meetings and surveyed thousands of employees to arrive at the key factors concerning each particular group. For example, the presence of a male-dominated culture, lack of networking opportunities, and work-life management challenges topped the list of concerns for women. Asian employees were most concerned about stereotyping, lack of networking, and limited employment development plans. African American employee concerns included retention, lack of networking, and limited training opportunities. Armed with a list of priorities, the company launched a number of key programs and initiatives to address these issues. As an example, employees looking for a mentor could use the company’s Web site to locate one willing to provide guidance and advice. What is probably most unique about this approach is that the company acted on each concern whether it was based on reality or perception. They realized that some women were concerned that they would have to give up leading a balanced life if they wanted to be promoted to higher management, whereas 70% of the women in higher levels actually had children, indicating that perceptual barriers can also act as a barrier to employee aspirations. IBM management chose to deal with this particular issue by communicating better with employees as well as through enhancing their networking program.

The company excels in its recruiting efforts to increase the diversity of its pool of candidates. One of the biggest hurdles facing diversity at IBM is the limited minority representation in fields such as computer sciences and engineering. For example, only 4% of students graduating with a degree in computer sciences are Hispanic. To tackle this issue, IBM partners with colleges to increase recruitment of Hispanics to these programs. In a program named EXITE (Exploring Interest in Technology and Engineering), they bring middle school female students together for a weeklong program where they learn math and science in a fun atmosphere from IBM’s female engineers. To date, over 3,000 girls have gone through this program.

What was the result of all these programs? IBM tracks results through global surveys around the world and identifies which programs have been successful and which issues no longer are viewed as problems. These programs were instrumental in more than tripling the number of female executives worldwide as well as doubling the number of minority executives. The number of LBGT executives increased sevenfold, and executives with disabilities tripled. With growing emerging markets and women and minorities representing a $1.3 trillion market, IBM’s culture of respecting and appreciating diversity is likely to be a source of competitive advantage.