So you’ve got a great idea that you want to express in software—how do you go about creating a program? Programmers write software in a programming language. While each language has its strengths and weaknesses, most commercial software is written in C++ (pronounced “see plus plus”) or C# (pronounced “see sharp”). Visual Basic (from Microsoft) and Java (from Sun) are also among the more popular of the dozens of programming languages available. Web developers may favor specialty languages like Ruby and Python, while languages like SQL are used in databases.

Most professional programmers use an integrated development environment (IDE) to write their code. The IDE includes a text editor, a debugger for sleuthing out errors, and other useful programming tools. The most popular IDE for Windows is Visual Studio, while Apple offers the Xcode IDE. Most IDEs can support several different programming languages. The IDE will also compile a programmer’s code, turning the higher-level lines of instructions that are readable by humans into lower-level instructions expressed as the patterns of ones and zeros that are readable by a computer’s microprocessor. 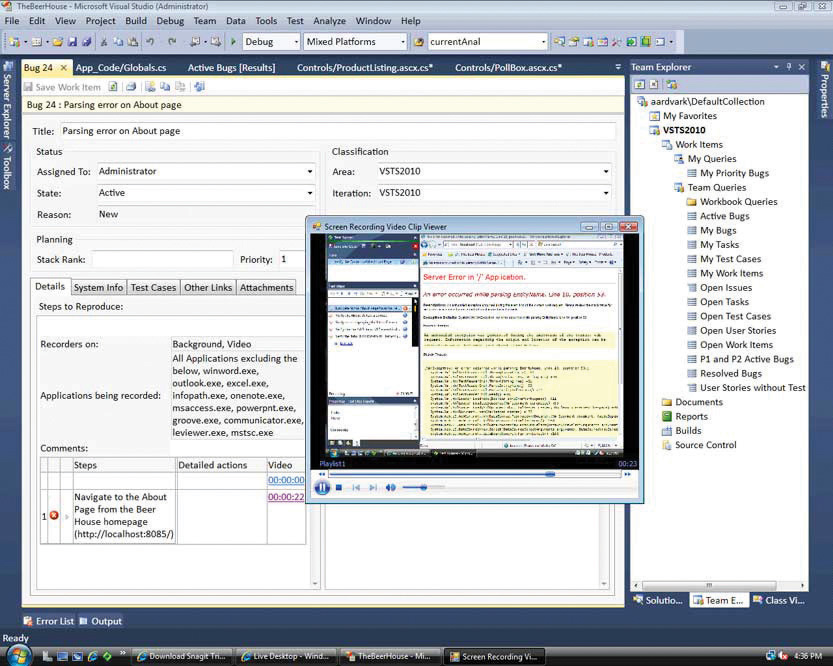 Look at the side of a box of commercial software and you’re likely to see system requirements that specify the operating system and processor that the software is designed for (e.g., “this software works on computers with Windows 7 and Intel-compatible processors”). Wouldn’t it be great if software could be written once and run everywhere? That’s the idea behind Java—a programming language developed by Sun Microsystems.

Java programmers don’t write code with specific operating system commands (say for Windows, Mac OS X, or Linux), instead they use special Java commands to control their user interface or interact with the display and other hardware. Java programs can run on any computer that has a Java Virtual Machine (JVM), a software layer that interprets Java code so that it can be understood by the operating system and processor of a given computer. Java’s platform independence—the ability for developers to “write once, run everywhere”—is its biggest selling point. Many Web sites execute Java applets to run the animation you might see in advertisements or games. Java has also been deployed on over six billion mobile phones worldwide, and is popular among enterprise programmers who want to be sure their programs can scale from smaller hardware up to high-end supercomputers. As long as the machine receiving the Java code has a JVM, then the Java application should run. However, Java has not been popular for desktop applications. Since Java isn’t optimized to take advantage of interface elements specific to the Mac or Windows, most Java desktop applications look clunky and unnatural. Java code that runs through the JVM interpreter is also slower than code compiled for the native OS and processor that make up a platform1.

1Some offerings have attempted to overcome the speed issues associated with interpreting Java code. Just-in-time compilation stores code in native processor-executable form after each segment is initially interpreted, further helping to speed execution. Other environments allow for Java to be compiled ahead of time so that it can be directly executed by a microprocessor. However, this process eliminates code portability—Java’s key selling point. And developers preparing their code for the JVM actually precompile code into something called Java bytecode, a format that’s less human friendly but more quickly interpreted by JVM software.