Online ads aren’t just about text ads billed in CPC. Ads running through Google AdSense, through its DoubleClick subsidiary, or on most competitor networks can be displayed in several formats and media types, and can be billed in different ways. The specific ad formats supported depend on the ad network but can include the following: image (or display) ads (such as horizontally oriented banners, smaller rectangular buttons, and vertically oriented “skyscraper” ads); rich media ads (which can include animation or video); and interstitials (ads that run before a user arrives at a Web site’s contents). The industry trade group, the Internet Advertising Bureau (IAB) sets common standards for display ads so that a single creative (the design and content of the advertisement) can run unmodified across multiple ad networks and Web sites1.

And there are lots of other ways ads are sold besides cost-per-click. Most graphical display ads are sold according to the number of times the ad appears (the impression). Ad rates are quoted in CPM, meaning cost per thousand impressions (the M representing the roman numerical for one thousand). Display ads sold on a CPM basis are often used as part of branding campaigns targeted more at creating awareness than generating click-throughs. Such techniques often work best for promoting products like soft drinks, toothpaste, or movies.

Cost-per-action (CPA) ads pay whenever a user clicks through and performs a specified action such as signing up for a service, requesting material, or making a purchase. Affiliate programs are a form of cost-per-action, where vendors share a percentage of revenue with Web sites that direct purchasing customers to their online storefronts. Amazon runs the world’s largest affiliate program, and referring sites can earn 4 percent to 15 percent of sales generated from these click-throughs. Purists might not consider affiliate programs as advertising (rather than text or banner ads, Amazon’s affiliates offer links and product descriptions that point back to Amazon’s Web site), but these programs can be important tools in a firm’s promotional arsenal.

And rather than buying targeted ads, a firm might sometimes opt to become an exclusive advertiser on a site. For example, a firm could buy access to all ads served on a site’s main page; it could secure exclusive access to a region of the page (such as the topmost banner ad); or it may pay to sponsor a particular portion or activity on a Web site (say a parenting forum, or a “click-to-print” button). Such deals can be billed based on a flat rate, CPM, CPC, or any combination of metrics.

As consumers spend more time in video games, it’s only natural that these products become ad channels, too. Finding a sensitive mix that introduces ads without eroding the game experience can be a challenge. Advertising can work in racing or other sports games (in 2008 the Obama campaign famously ran virtual billboards in EA’s Burnout Paradise), but ads make less sense for games set in the past, future, or on other worlds. Branding ads often work best, since click-throughs are typically not something you want disrupting your gaming experience. 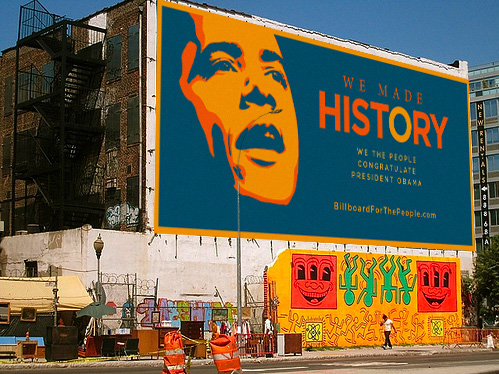 In-game ad-serving technology also lacks the widely accepted standards of Web-based ads, so it’s unlikely that ads designed for a Wii sports game could translate into a PS3 first-person shooter. Also, one of the largest in-game ad networks, Massive, is owned by Microsoft. That’s good if you want to run ads on Xbox, but Microsoft isn’t exactly a firm that Nintendo or Sony want to play nice with.