Spawned in 2006 as a side project at the now-failed podcasting start-up Odeo (an effort backed by Blogger.com founder Evan Williams), Twitter has been on a rocket ride. The site’s user numbers have blasted past both mainstream and new media sites, dwarfing New York Times, LinkedIn, and Digg, among others. Reports surfaced of rebuffed buyout offers as high as $500 million (Ante, 2009). By the firm’s first developer conference in April 2010, Twitter and its staff of 175 employees had created a global phenomenon embraced by over one hundred million users worldwide.

Twitter is a microblogging service that allows users to post 140-character messages (tweets) via the Web, SMS, or a variety of third-party desktop and smartphone applications. The microblog moniker is a bit of a misnomer. The service actually has more in common with Facebook’s status updates and news feeds than it does with traditional blogs. But unlike Facebook, where most users must approve “friends” before they can see status updates, Twitter’s default setting allows for asymmetrical following (although it is possible to set up private Twitter accounts and to block followers).

Sure, there’s a lot of inane “tweeting” going on—lots of meaningless updates that read, “I’m having a sandwich” or “in line at the airport.” But while not every user may have something worthwhile to tweet, many find that Twitter makes for invaluable reading, offering a sense of what friends, customers, thought leaders, and newsmakers are thinking. Twitter leadership has described the service as communicating “The Pulse of the Planet” (Schonfeld, 2009). For many, Twitter is a discovery engine, a taste-making machine, a critical source of market intelligence, a source of breaking news, and an instantaneous way to plug into the moment’s zeitgeist.

Many also find Twitter to be an effective tool for quickly blasting queries to friends, colleagues, or strangers who might offer potentially valuable input. Says futurist Paul Saffo, “Instead of creating the group you want, you send it and the group self-assembles” (Miller, 2009). Users can classify comments on a given topic using hash tags (keywords preceded by the “#” or “hash” symbol), allowing others to quickly find related tweets (e.g., #iranelection, #mumbai, #swineflu, #sxsw). Any user can create a hash tag—just type it into your tweet (you may want to search Twitter first to make sure that the tag is not in use by an unrelated topic and that if it is in use, it appropriately describes how you want your tweet classified).

Twitter users have broken news during disasters, terror attacks, and other major events. Dictators fear the people power Twitter enables, and totalitarian governments worldwide have moved to block citizen access to the service (prompting Twitter to work on censor-evading technology). During the 2009 Iranian election protests, the U.S. State Department even asked Twitter to postpone maintenance to ensure the service would continue to be available to support the voice and activism of Iran’s democracy advocates (Ruffini, 2009). 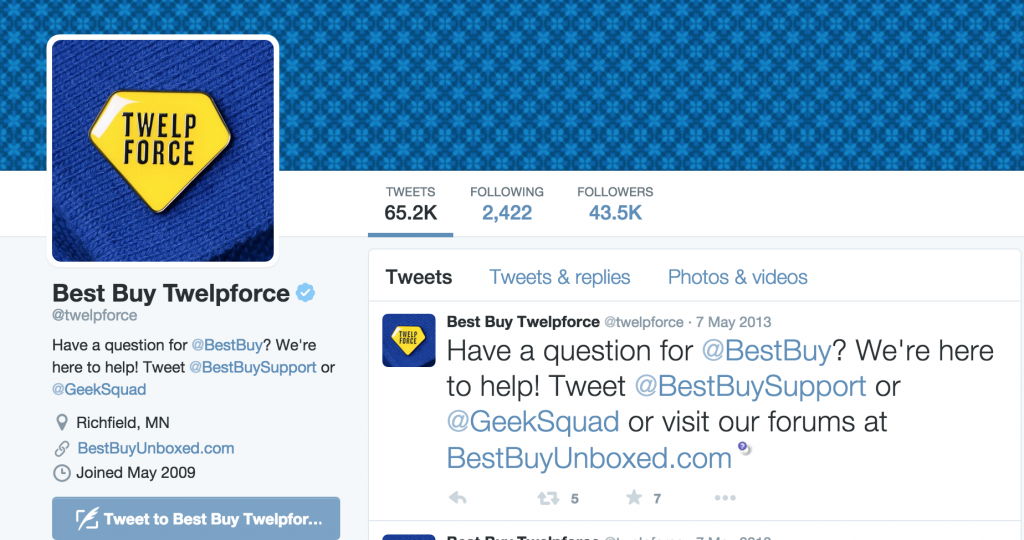 Surgeons and residents at Henry Ford Hospital have even tweeted during brain surgery (the teaching hospital sees the service as an educational tool). Some tweets are from those so young they’ve got “negative age.” Twitter.com/kickbee is an experimental fetal monitor band that sends tweets when motion is detected: “I kicked Mommy at 08:52.” And savvy hackers are embedding “tweeting” sensors into all sorts of devices. Botanicalls, for example, offers an electronic flowerpot stick that detects when plants need care and sends Twitter status updates to owners (sample post: “URGENT! Water me!”).

Organizations are well advised to monitor Twitter activity related to the firm, as it can act as a sort of canary-in-a-coal mine uncovering emerging events. Users are increasingly using the service as a way to form flash protest crowds. Amazon.com, for example, was caught off guard over a spring 2009 holiday weekend when thousands used Twitter to rapidly protest the firm’s reclassification of gay and lesbian books (hash tag #amazonfail). Others use the platform for shame and ridicule. BP has endured withering ridicule from the satire account @BPGlobalPR (followed by roughly 200,000 two months after the spill).

For all the excitement, many wonder if Twitter is overhyped. Some reports suggest that many Twitter users are curious experimenters who drop the service shortly after signing up (Martin, 2009). This raises the question of whether Twitter is a durable phenomenon or just a fad.

Pundits also wonder if revenues will ever justify initially high valuations and if rivals could usurp Twitter’s efforts with similar features. Thus far, Twitter has been following a “grow-first-harvest-later” approach (Murrell, 2010). The site’s rapid rise has allowed it to attract enough start-up capital to enable it to approach revenue gradually and with caution, in the hopes that it won’t alienate users with too much advertising (an approach not unlike Google’s efforts to nurture YouTube). MIT’s Technology Review reports that data sharing deals with Google and Bing may have brought in enough money to make the service profitable in 2009, but that amount was modest (just $25 million) (Talbot, 2010). Twitter’s advertising platform is expected to be far more lucrative. Reflecting Twitter’s “deliberately cautious” approach to revenue development, the ad model featuring sponsored ‘‘promoted tweets” rolled out first as part of the search, with distribution to individual Twitter feeds progressing as the firm experiments and learns what works best for users and advertisers.

Another issue—many Twitter users rarely visit the site. Most active users post and read tweets using one of many—often free—applications provided by third parties, such as Seesmic, TweetDeck, and Twhirl. This happens because Twitter made its data available for free to other developers via API (application programming interface). Exposing data can be a good move as it spawned an ecosystem of over one hundred thousand complementary third-party products and services that enhance Twitter’s reach and usefulness (generating network effects from complementary offerings similar to other “platforms” like Windows, iPhone, and Facebook). There are potential downsides to such openness. If users don’t visit Twitter.com, that lessens the impact of any ads running on the site. This creates what is known as the “free rider problem,” where users benefit from a service while offering no value in exchange. Encouraging software and service partners to accept ads for a percentage of the cut could lessen the free rider problem (Kafka, 2010).

When users don’t visit a service, it makes it difficult to spread awareness of new products and features. It can also create branding challenges and customer frustration. Twitter execs lamented that customers were often confused when they searched for “Twitter” in the iPhone App Store and were presented with scores of offerings but none from Twitter itself (Goldman, 2010). Twitter’s purchase of the iPhone app Tweetie (subsequently turned into the free “Twitter for iPhone” app) and the launch of its own URL-shortening service (competing with bit.ly and others) signal that Twitter is willing to move into product and service niches and compete with third parties that are reliant on the Twitter ecosystem.

Microblogging does appear to be here to stay, and the impact of Twitter has been deep, broad, stunningly swift, and at times humbling in the power that it wields. But whether Twitter will be a durable, profit-gushing powerhouse remains to be seen. Speculation on Twitter’s future hasn’t prevented many firms from commercializing new microblogging services, and a host of companies have targeted these tools for internal corporate use. Salesforce.com’s Chatter, Socialtext Signals, and Yammer are all services that have been billed as “Twitter for the Enterprise.” Such efforts allow for Twitter-style microblogging that is restricted for participation and viewing by firm-approved accounts.