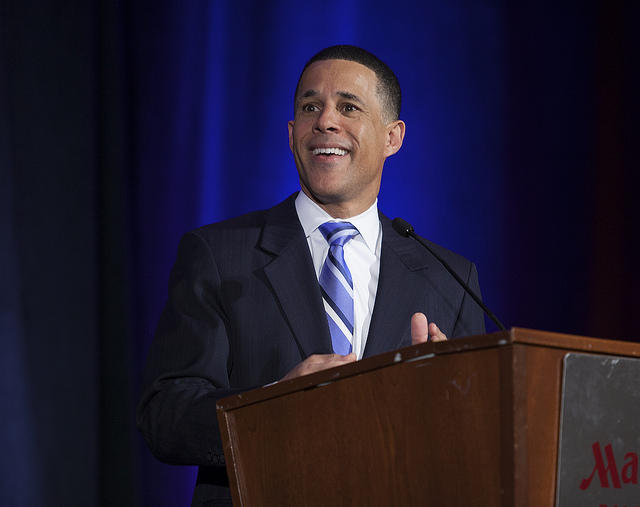 The easiest approach to speech delivery is not always the best. Substantial work goes into the careful preparation of an interesting and ethical message, so it is understandable that students may have the impulse to avoid “messing it up” by simply reading it word for word. But students who do this miss out on one of the major reasons for studying public speaking: to learn ways to “connect” with one’s audience and to increase one’s confidence in doing so. You already know how to read, and you already know how to talk. But public speaking is neither reading nor talking.

Speaking in public has more formality than talking. During a speech, you should present yourself professionally. This doesn’t mean you must wear a suit or “dress up” (unless your instructor asks you to), but it does mean making yourself presentable by being well groomed and wearing clean, appropriate clothes. It also means being prepared to use language correctly and appropriately for the audience and the topic, to make eye contact with your audience, and to look like you know your topic very well.

While speaking has more formality than talking, it has less formality than reading. Speaking allows for meaningful pauses, eye contact, small changes in word order, and vocal emphasis. Reading is a more or less exact replication of words on paper without the use of any nonverbal interpretation. Speaking, as you will realize if you think about excellent speakers you have seen and heard, provides a more animated message.

The next sections introduce four methods of delivery that can help you balance between too much and too little formality when giving a public speech.

Impromptu speaking is the presentation of a short message without advance preparation. Impromptu speeches often occur when someone is asked to “say a few words” or give a toast on a special occasion. You have probably done impromptu speaking many times in informal, conversational settings. Self-introductions in group settings are examples of impromptu speaking: “Hi, my name is Steve, and I’m a volunteer with the Homes for the Brave program.” Another example of impromptu speaking occurs when you answer a question such as, “What did you think of the documentary?”

The advantage of this kind of speaking is that it’s spontaneous and responsive in an animated group context. The disadvantage is that the speaker is given little or no time to contemplate the central theme of his or her message. As a result, the message may be disorganized and difficult for listeners to follow.

Here is a step-by-step guide that may be useful if you are called upon to give an impromptu speech in public.

As you can see, impromptu speeches are generally most successful when they are brief and focus on a single point.

Extemporaneous speaking is the presentation of a carefully planned and rehearsed speech, spoken in a conversational manner using brief notes. By using notes rather than a full manuscript, the extemporaneous speaker can establish and maintain eye contact with the audience and assess how well they are understanding the speech as it progresses. The opportunity to assess is also an opportunity to restate more clearly any idea or concept that the audience seems to have trouble grasping.

For instance, suppose you are speaking about workplace safety and you use the term “sleep deprivation.” If you notice your audience’s eyes glazing over, this might not be a result of their own sleep deprivation, but rather an indication of their uncertainty about what you mean. If this happens, you can add a short explanation; for example, “sleep deprivation is sleep loss serious enough to threaten one’s cognition, hand-to-eye coordination, judgment, and emotional health.” You might also (or instead) provide a concrete example to illustrate the idea. Then you can resume your message, having clarified an important concept.

Speaking extemporaneously has some advantages. It promotes the likelihood that you, the speaker, will be perceived as knowledgeable and credible. In addition, your audience is likely to pay better attention to the message because it is engaging both verbally and nonverbally. The disadvantage of extemporaneous speaking is that it requires a great deal of preparation for both the verbal and the nonverbal components of the speech. Adequate preparation cannot be achieved the day before you’re scheduled to speak.

Because extemporaneous speaking is the style used in the great majority of public speaking situations, most of the information in this chapter is targeted to this kind of speaking.

Speaking from a Manuscript

Manuscript speaking is the word-for-word iteration of a written message. In a manuscript speech, the speaker maintains his or her attention on the printed page except when using visual aids.

The advantage to reading from a manuscript is the exact repetition of original words. As we mentioned at the beginning of this chapter, in some circumstances this can be extremely important. For example, reading a statement about your organization’s legal responsibilities to customers may require that the original words be exact. In reading one word at a time, in order, the only errors would typically be mispronunciation of a word or stumbling over complex sentence structure.

However, there are costs involved in manuscript speaking. First, it’s typically an uninteresting way to present. Unless the speaker has rehearsed the reading as a complete performance animated with vocal expression and gestures (as poets do in a poetry slam and actors do in a reader’s theater), the presentation tends to be dull. Keeping one’s eyes glued to the script precludes eye contact with the audience. For this kind of “straight” manuscript speech to hold audience attention, the audience must be already interested in the message before the delivery begins.

It is worth noting that professional speakers, actors, news reporters, and politicians often read from an autocue device, such as a TelePrompTer, especially when appearing on television, where eye contact with the camera is crucial. With practice, a speaker can achieve a conversational tone and give the impression of speaking extemporaneously while using an autocue device. However, success in this medium depends on two factors: (1) the speaker is already an accomplished public speaker who has learned to use a conversational tone while delivering a prepared script, and (2) the speech is written in a style that sounds conversational.

Memorized speaking is the rote recitation of a written message that the speaker has committed to memory. Actors, of course, recite from memory whenever they perform from a script in a stage play, television program, or movie scene. When it comes to speeches, memorization can be useful when the message needs to be exact and the speaker doesn’t want to be confined by notes.

The advantage to memorization is that it enables the speaker to maintain eye contact with the audience throughout the speech. Being free of notes means that you can move freely around the stage and use your hands to make gestures. If your speech uses visual aids, this freedom is even more of an advantage. However, there are some real and potential costs. First, unless you also plan and memorize every vocal cue (the subtle but meaningful variations in speech delivery, which can include the use of pitch, tone, volume, and pace), gesture, and facial expression, your presentation will be flat and uninteresting, and even the most fascinating topic will suffer. You might end up speaking in a monotone or a sing-song repetitive delivery pattern. You might also present your speech in a rapid “machine-gun” style that fails to emphasize the most important points. Second, if you lose your place and start trying to ad lib, the contrast in your style of delivery will alert your audience that something is wrong. More frighteningly, if you go completely blank during the presentation, it will be extremely difficult to find your place and keep going.