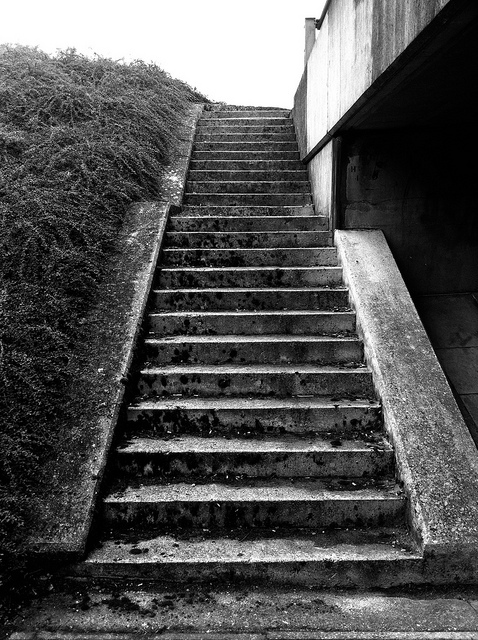 In Section 11.1 “Why Conclusions Matter”, we discussed the importance a conclusion has on a speech. In this section, we’re going to examine the three steps in building an effective conclusion.

Restatement of the Thesis

In the introduction of a speech, we deliver a preview of our main body points, and in the conclusion we deliver a review. Let’s look at a sample preview:

In this preview, we have three clear main points. Let’s see how we can review them at the conclusion of our speech:

Today, we have differentiated between the terms biological sex and gender, examined the history of gender research in communication, and analyzed a series of research findings on the topic.

In the past few minutes, I have explained the difference between the terms “biological sex” and “gender,” discussed the rise of gender research in the field of communication, and examined a series of groundbreaking studies in the field.

Notice that both of these conclusions review the main points originally set forth. Both variations are equally effective reviews of the main points, but you might like the linguistic turn of one over the other. Remember, while there is a lot of science to help us understand public speaking, there’s also a lot of art as well, so you are always encouraged to choose the wording that you think will be most effective for your audience.

Conclude with a Challenge

The first way that Miller found that some speakers end their speeches is with a challenge. A challenge is a call to engage in some kind of activity that requires a contest or special effort. In a speech on the necessity of fund-raising, a speaker could conclude by challenging the audience to raise 10 percent more than their original projections. In a speech on eating more vegetables, you could challenge your audience to increase their current intake of vegetables by two portions daily. In both of these challenges, audience members are being asked to go out of their way to do something different that involves effort on their part.

Conclude with a Quotation

A second way you can conclude a speech is by reciting a quotation relevant to the speech topic. When using a quotation, you need to think about whether your goal is to end on a persuasive note or an informative note. Some quotations will have a clear call to action, while other quotations summarize or provoke thought. For example, let’s say you are delivering an informative speech about dissident writers in the former Soviet Union. You could end by citing this quotation from Alexander Solzhenitsyn: “A great writer is, so to speak, a second government in his country. And for that reason no regime has ever loved great writers” (Solzhenitsyn, 1964). Notice that this quotation underscores the idea of writers as dissidents, but it doesn’t ask listeners to put forth effort to engage in any specific thought process or behavior. If, on the other hand, you were delivering a persuasive speech urging your audience to participate in a very risky political demonstration, you might use this quotation from Martin Luther King Jr.: “If a man hasn’t discovered something that he will die for, he isn’t fit to live” (King, 1963). In this case, the quotation leaves the audience with the message that great risks are worth taking, that they make our lives worthwhile, and that the right thing to do is to go ahead and take that great risk.

Conclude with a Summary

When a speaker ends with a summary, he or she is simply elongating the review of the main points. While this may not be the most exciting concluding device, it can be useful for information that was highly technical or complex or for speeches lasting longer than thirty minutes. Typically, for short speeches (like those in your class), this summary device should be avoided.

Conclude by Visualizing the Future

The purpose of a conclusion that refers to the future is to help your audience imagine the future you believe can occur. If you are giving a speech on the development of video games for learning, you could conclude by depicting the classroom of the future where video games are perceived as true learning tools and how those tools could be utilized. More often, speakers use visualization of the future to depict how society would be, or how individual listeners’ lives would be different, if the speaker’s persuasive attempt worked. For example, if a speaker proposes that a solution to illiteracy is hiring more reading specialists in public schools, the speaker could ask her or his audience to imagine a world without illiteracy. In this use of visualization, the goal is to persuade people to adopt the speaker’s point of view. By showing that the speaker’s vision of the future is a positive one, the conclusion should help to persuade the audience to help create this future.

Conclude with an Appeal for Action

Probably the most common persuasive concluding device is the appeal for action or the call to action. In essence, the appeal for action occurs when a speaker asks her or his audience to engage in a specific behavior or change in thinking. When a speaker concludes by asking the audience “to do” or “to think” in a specific manner, the speaker wants to see an actual change. Whether the speaker appeals for people to eat more fruit, buy a car, vote for a candidate, oppose the death penalty, or sing more in the shower, the speaker is asking the audience to engage in action.

One specific type of appeal for action is the immediate call to action. Whereas some appeals ask for people to engage in behavior in the future, the immediate call to action asks people to engage in behavior right now. If a speaker wants to see a new traffic light placed at a dangerous intersection, he or she may conclude by asking all the audience members to sign a digital petition right then and there, using a computer the speaker has made available (http://www.petitiononline.com). Here are some more examples of immediate calls to action:

These are just a handful of different examples we’ve actually seen students use in our classrooms to elicit an immediate change in behavior. These immediate calls to action may not lead to long-term change, but they can be very effective at increasing the likelihood that an audience will change behavior in the short term.

By definition, the word inspire means to affect or arouse someone. Both affect and arouse have strong emotional connotations. The ultimate goal of an inspiration concluding device is similar to an “appeal for action” but the ultimate goal is more lofty or ambiguous; the goal is to stir someone’s emotions in a specific manner. Maybe a speaker is giving an informative speech on the prevalence of domestic violence in our society today. That speaker could end the speech by reading Paulette Kelly’s powerful poem “I Got Flowers Today.” “I Got Flowers Today” is a poem that evokes strong emotions because it’s about an abuse victim who received flowers from her abuser every time she was victimized. The poem ends by saying, “I got flowers today… / Today was a special day—it was the day of my funeral / Last night he killed me” (Kelly, 1994).

The next concluding device is one that should be used primarily by speakers who are recognized as expert authorities on a given subject. Advice is essentially a speaker’s opinion about what should or should not be done. The problem with opinions is that everyone has one, and one person’s opinion is not necessarily any more correct than another’s. There needs to be a really good reason your opinion—and therefore your advice—should matter to your audience. If, for example, you are an expert in nuclear physics, you might conclude a speech on energy by giving advice about the benefits of nuclear energy.

Conclude by Proposing a Solution

Another way a speaker can conclude a speech powerfully is to offer a solution to the problem discussed within a speech. For example, perhaps a speaker has been discussing the problems associated with the disappearance of art education in the United States. The speaker could then propose a solution of creating more community-based art experiences for school children as a way to fill this gap. Although this can be an effective conclusion, a speaker must ask herself or himself whether the solution should be discussed in more depth as a stand-alone main point within the body of the speech so that audience concerns about the proposed solution may be addressed.

Conclude with a Question

Another way you can end a speech is to ask a rhetorical question that forces the audience to ponder an idea. Maybe you are giving a speech on the importance of the environment, so you end the speech by saying, “Think about your children’s future. What kind of world do you want them raised in? A world that is clean, vibrant, and beautiful—or one that is filled with smog, pollution, filth, and disease?” Notice that you aren’t actually asking the audience to verbally or nonverbally answer the question; the goal of this question is to force the audience into thinking about what kind of world they want for their children.

Conclude with a Reference to Audience

The last concluding device discussed by Miller (1946) was a reference to one’s audience. This concluding device is when a speaker attempts to answer the basic audience question, “What’s in it for me?” The goal of this concluding device is to spell out the direct benefits a behavior or thought change has for audience members. For example, a speaker talking about stress reduction techniques could conclude by clearly listing all the physical health benefits stress reduction offers (e.g., improved reflexes, improved immune system, improved hearing, reduction in blood pressure). In this case, the speaker is clearly spelling out why audience members should care—what’s in it for them!