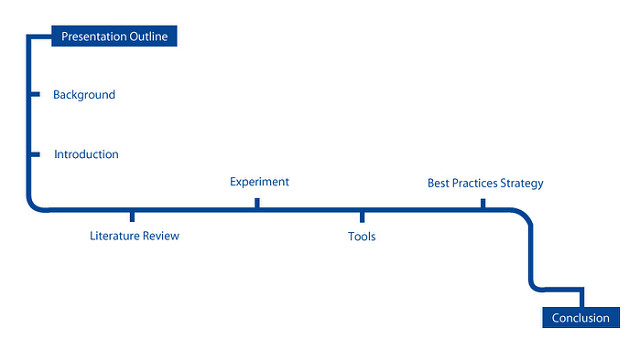 Thus far this chapter has focused on how you go about creating main points and organizing the body of your speech. In this section we’re going to examine the three main points of an actual speech. Before we start analyzing the introduction, please read the paragraphs that follow.

Smart Dust Speech Body
To help us understand smart dust, we will begin by first examining what smart dust is. Dr. Kris Pister, a professor in the robotics lab at the University of California at Berkeley, originally conceived the idea of smart dust in 1998 as part of a project funded by the Defense Advanced Research Projects Agency (DARPA). According to a 2001 article written by Bret Warneke, Matt Last, Brian Liebowitz, and Kris Pister titled “Smart Dust: Communicating with a Cubic-Millimeter Computer” published in Computer, Pister’s goal was to build a device that contained a built-in sensor, communication device, and a small computer that could be integrated into a cubic millimeter package. For comparison purposes, Doug Steel, in a 2005 white paper titled “Smart Dust” written for C. T. Bauer College of Business at the University of Houston, noted that a single grain of rice has a volume of five cubic millimeters. Each individual piece of dust, called a mote, would then have the ability to interact with other motes and supercomputers. As Steve Lohr wrote in the January 30, 2010, edition of the New York Times in an article titled “Smart Dust? Not Quite, but We’re Getting There,” smart dust could eventually consist of “tiny digital sensors, strewn around the globe, gathering all sorts of information and communicating with powerful computer networks to monitor, measure, and understand the physical world in new ways.”

Now that we’ve examined what smart dust is, let’s switch gears and talk about some of the military applications for smart dust. Because smart dust was originally conceptualized under a grant from DARPA, military uses of smart dust have been widely theorized and examined. According to the Smart Dust website, smart dust could eventually be used for “battlefield surveillance, treaty monitoring, transportation monitoring, scud hunting” and other clear military applications. Probably the number one benefit of smart dust in the military environment is its surveillance abilities. Major Scott Dickson in a Blue Horizons Paper written for the Center for Strategy and Technology for the United States Air Force Air War College, sees smart dust as helping the military in battlespace awareness, homeland security, and weapons of mass destruction (WMD) identification. Furthermore, Major Dickson also believes it may be possible to create smart dust that has the ability to defeat communications jamming equipment created by foreign governments, which could help the US military to not only communicate among itself, but could also increase communications with civilians in military combat zones. On a much larger scale, smart dust could even help the US military and NASA protect the earth. According to a 2010 article written by Jessica Griggs in New Scientist, one of the first benefits of smart dust could be an early defense warning for space storms and other debris that could be catastrophic.

Now that we’ve explored some of the military benefits of smart dust, let’s switch gears and see how smart dust may be able to have an impact on our daily lives. According to the smart dust project website, smart dust could quickly become a part of our daily lives. Everything from pasting smart dust particles to our finger tips to create a virtual computer keyboard to inventory control to product quality control have been discussed as possible applications for smart dust. Steve Lohr in his 2010 New York Times article wrote, “The applications for sensor-based computing, experts say, include buildings that manage their own energy use, bridges that sense motion and metal fatigue to tell engineers they need repairs, cars that track traffic patterns and report potholes, and fruit and vegetable shipments that tell grocers when they ripen and begin to spoil.” Medically, according to the smart dust project website, smart dust could help disabled individuals interface with computers. Theoretically, we could all be injected with smart dust, which relays information to our physicians and detects adverse changes to our body instantly. Smart dust could detect the microscopic formations of cancer cells or alert us when we’ve been infected by a bacteria or virus, which could speed up treatment and prolong all of our lives.