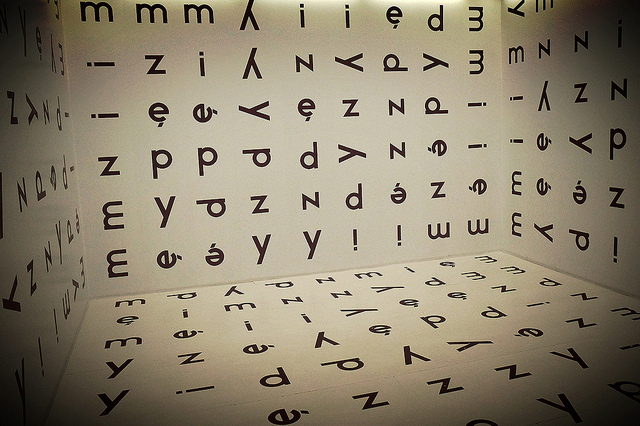 Language is a very important aspect of anyone’s public speaking performance. Whether a speaker uses lots of complicated words or words most people have in their vocabularies, language will determine how an audience experiences the speech. To help you think through your language choices, we are going to talk about six important elements of language and how they affect audience perceptions.

The first important element of language is clarity, or the use of language to make sure the audience understands a speaker’s ideas in the way the speaker intended. While language, or verbal communication, is only one channel we can use to transmit information, it is a channel that can lend itself to numerous problems. For example, as discussed earlier, if people have different connotative definitions for words, the audience can miss the intended meaning of a message.

Imagine you’re listening to a speaker talking and he or she uses the phrase, “Older female relative who became aerodynamic venison road kill,” or “Obese personification fabricated of compressed mounds of minute crystals.” If you’re like most people, these two phrases just went right over your head. We’ll give you a hint, these are two common Christmas songs. The first phrase refers to “Grandma Got Run Over by a Reindeer,” and the second one is “Frosty the Snowman.” Notice that in both of these cases, the made-up title with all the polysyllabic words is far less clear than the commonly known one. While you are probably unlikely to deliberately distort the clarity of your speech by choosing such outlandish words to express simple thoughts, the point we are illustrating is that clear language makes a big difference in how well a message can be understood.

Another common mistake among new public speakers is thinking that more words are more impressive. In fact, the opposite is true. When people ramble on and on without actually making a point, audiences become bored and distracted. To avoid this problem, we recommend word economy, or the use of only those words necessary to accurately express your idea. If the fundamental idea you are trying to say is, “that stinks,” then saying something like “while the overall outcome may be undesirable and definitely not recommended” becomes overkill. We do have one caveat here: you want to make sure that your language isn’t so basic that it turns off your audience. If you are speaking to adults and use vocabulary appropriate for school children, you’ll end up offending your audience. So while economy is definitely important, you don’t want to become so overly basic that you are perceived as “talking down” to your audience.

Obscenity, or indecent language, consists of curse words or pornographic references. While it may be fun to use obscene language in casual conversations with your friends, we cannot recommend using obscene language while delivering a speech. Even if you’re giving a speech related to an obscene word, you must be careful with your use of the word itself. Whether we agree with societal perceptions of obscenity, going out of our way to use obscenity will end up focusing the audience on the obscenity and not on our message.

Obscure language and jargon are two terms that closely relate to each other. Obscure languageƒ
refers to language choices that are not typically understood or known by most of your audience. Imagine you’re listening to a speech and the speaker says, “Today I’ve given you a plethora of ideas for greening your workplace.” While you may think the word “plethora” is commonly known, we can assure you that many people have no idea that plethora means many or an abundance of something. Similarly, you may think most people know what it means to “green” a workplace, but in fact many people do not know that it means to make the workplace more environmentally friendly, or to reduce its impact on the environment. In the case of this example, plethora simply means the speaker has given many ideas for greening the workplace. You can still use the word “plethora,” but you should include a definition so that you’re sure all of your audience will understand.

Jargon, on the other hand, refers to language that is commonly used by a highly specialized group, trade, or profession. For example there is legal jargon, or the language commonly used by and understood by lawyers. There is also medical jargon, or the language commonly used by and understood by health care practitioners. Every group, trade, or profession will have its own specific jargon. The problem that occurs for many speakers is not realizing that jargon is group, trade, or profession specific and not universal. One common form of jargon is the acronym, a word formed by taking the first letters or groups of letters of words, such as NASDAQ (National Association of Securities Dealers Automated Quotations), PET (positron emission tomography) scan, or IHOP (International House of Pancakes). Another form of jargon is initialism, formed by pronouncing the initials rather than the name of an organization or other entity. For example, CDC stands for the Centers for Disease Control and Prevention, fMRI stands for Functional Magnetic Resonance Imaging, and B of A stands for Bank of America. In political discussions, you may come across various CFRs, or Codes of Federal Regulations. If you are going to use a specific acronym or initialism within your speech, you need to explain it the first time you use it. For example, you could say,

By defining the jargon upon first mention, we are subsequently able to use the jargon because we can be certain the audience now understands the term.

Power is an individual’s ability to influence another person to think or behave in a manner the other person would not have otherwise done. DeVito examined how language can be used to help people gain power over others or lose power over others (DeVito, 2009). Table 13.3 “Powerful and Powerless Language” provides examples of both powerful language and powerless language a speaker can use during a speech. Powerless language should generally be avoided in public speaking because it can damage audience perceptions of the speaker’s credibility.