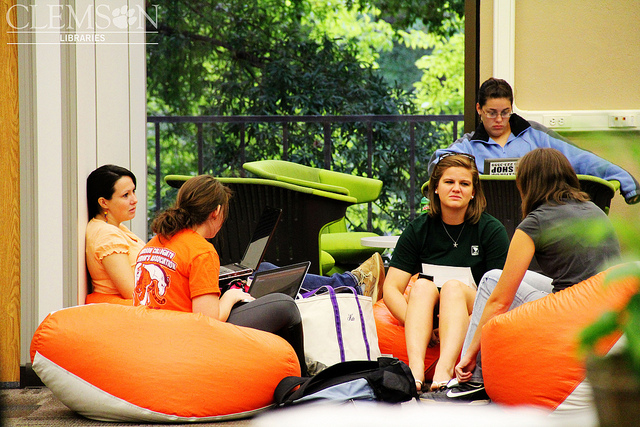 When we use the word “language,” we are referring to the words you choose to use in your speech—so by definition, our focus is on spoken language. Spoken language has always existed prior to written language. Wrench, McCroskey, and Richmond suggested that if you think about the human history of language as a twelve-inch ruler, written language or recorded language has only existed for the “last quarter of an inch” (Wrench, et al., 2008). Furthermore, of the more than six thousand languages that are spoken around the world today, only a minority of them actually use a written alphabet (Lewis, 2009). To help us understand the importance of language, we will first look at the basic functions of language and then delve into the differences between oral and written language.

Language is any formal system of gestures, signs, sounds, and symbols used or conceived as a means of communicating thought. As mentioned above, there are over six thousand language schemes currently in use around the world. The language spoken by the greatest number of people on the planet is Mandarin; other widely spoken languages are English, Spanish, and Arabic (Lewis, 2009). Language is ultimately important because it is the primary means through which humans have the ability to communicate and interact with one another. Some linguists go so far as to suggest that the acquisition of language skills is the primary advancement that enabled our prehistoric ancestors to flourish and succeed over other hominid species (Mayell, 2003).

In today’s world, effective use of language helps us in our interpersonal relationships at home and at work. Using language effectively also will improve your ability to be an effective public speaker. Because language is an important aspect of public speaking that many students don’t spend enough time developing, we encourage you to take advantage of this chapter.

One of the first components necessary for understanding language is to understand how we assign meaning to words. Words consist of sounds (oral) and shapes (written) that have agreed-upon meanings based in concepts, ideas, and memories. When we write the word “blue,” we may be referring to a portion of the visual spectrum dominated by energy with a wavelength of roughly 440–490 nanometers. You could also say that the color in question is an equal mixture of both red and green light. While both of these are technically correct ways to interpret the word “blue,” we’re pretty sure that neither of these definitions is how you thought about the word. When hearing the word “blue,” you may have thought of your favorite color, the color of the sky on a spring day, or the color of a really ugly car you saw in the parking lot. When people think about language, there are two different types of meanings that people must be aware of: denotative and connotative.

Denotative meaning is the specific meaning associated with a word. We sometimes refer to denotative meanings as dictionary definitions. The definitions provided above for the word “blue” are examples of definitions that might be found in a dictionary. The first dictionary was written by Robert Cawdry in 1604 and was called Table Alphabeticall. This dictionary of the English language consisted of three thousand commonly spoken English words. Today, the Oxford English Dictionary contains more than 200,000 words (Oxford University Press, 2011).

Connotative meaning is the idea suggested by or associated with a word. In addition to the examples above, the word “blue” can evoke many other ideas:

We also associate the color blue with the sky and the ocean. Maybe your school’s colors or those of your archrival include blue. There are also various forms of blue: aquamarine, baby blue, navy blue, royal blue, and so on.

Some miscommunication can occur over denotative meanings of words. For example, one of the authors of this book recently received a flyer for a tennis center open house. The expressed goal was to introduce children to the game of tennis. At the bottom of the flyer, people were encouraged to bring their own racquets if they had them but that “a limited number of racquets will be available.” It turned out that the denotative meaning of the final phrase was interpreted in multiple ways: some parents attending the event perceived it to mean that loaner racquets would be available for use during the open house event, but the people running the open house intended it to mean that parents could purchase racquets onsite. The confusion over denotative meaning probably hurt the tennis center, as some parents left the event feeling they had been misled by the flyer.

Although denotatively based misunderstanding such as this one do happen, the majority of communication problems involving language occur because of differing connotative meanings. You may be trying to persuade your audience to support public funding for a new professional football stadium in your city, but if mentioning the team’s or owner’s name creates negative connotations in the minds of audience members, you will not be very persuasive. The potential for misunderstanding based in connotative meaning is an additional reason why audience analysis, discussed earlier in this book, is critically important. By conducting effective audience analysis, you can know in advance how your audience might respond to the connotations of the words and ideas you present. Connotative meanings can not only differ between individuals interacting at the same time but also differ greatly across time periods and cultures. Ultimately, speakers should attempt to have a working knowledge of how their audiences could potentially interpret words and ideas to minimize the chance of miscommunication.

A second important aspect to understand about language is that oral language (used in public speaking) and written language (used for texts) does not function the same way. Try a brief experiment. Take a textbook, maybe even this one, and read it out loud. When the text is read aloud, does it sound conversational? Probably not. Public speaking, on the other hand, should sound like a conversation. McCroskey, Wrench, and Richmond highlighted the following twelve differences that exist between oral and written language:

Oxford University Press. (2011). How many words are there in the English language? Retrieved from http://oxforddictionaries.com/page/howmanywords