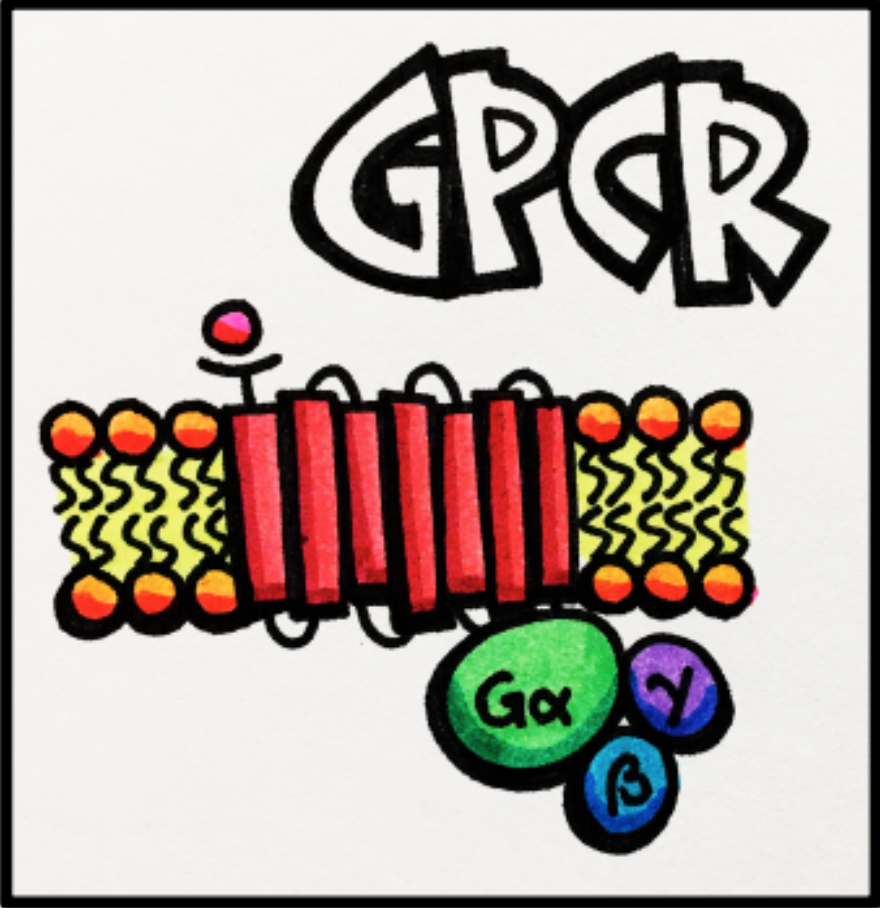 Adrenergic receptors are composed of two main classes: alpha and beta receptors. Both are G-protein coupled receptors [GPCRs]. Reminder: GPCRs are receptors that allow communication between the extracellular environment and intraceulluar environment through the mediation by guanine nucleotide binding proteins. Once stimulated by an extracellular agonist, a cascade of events occurs intracellularly.

There are two types of alpha receptors: alpha-1 and alpha-2. Alpha receptors result in a variety of actions depending on the type as well as location in various organs and tissues. Smooth muscle contraction is the primary action of alpha-1 receptors. While these receptors act on both arteries and veins, their action is more pronounced in small arteries and arterioles known as resistance vessels. These vessels play an important role in blood pressure, mean arterial pressure, and systemic vascular resistance. Alpha-2 receptors, on the other hand, tend to be located on presynaptic neurons and mediate reduced sympathetic outflow and vasodilation – an effect opposite to that of alpha-1 receptors. These concepts will be discussed in more detail in the next section.

Alpha-1 adrenoceptors are Gq coupled receptors that stimulate phospholipase C [PLC] increasing the production of the second messengers inositol triphosphate (IP) and diacylglycerol (DAG). Alpha-1 stimulation results in smooth muscle constriction, however, this results in a variety of effects depending on the organ or tissue (see below). For example, smooth muscle contraction in the bladder sphincter prevents urination whereas in the vasculature results in vasoconstriction leading to increased blood pressure and systematic vascular resistance.

Alpha-2 adrenoceptors are Gi coupled receptors that inhibit adenylyl cyclase [AC] preventing the production of cAMP. Alpha-2 receptors are predominantly found on presynaptic neurons in the CNS. Like any presynaptic receptor, presynaptic alpha-2 receptors cause negative feedback to regulate the release of neurotransmitters to help maintain homeostasis. Alpha-2 receptors may also be found postsynaptically, where their activation results in vasoconstriction and increased blood pressure. This effect is observed only when alpha-2 agonists are used locally and has minimal contribution to overall vasoconstriction and increased blood pressure.

Thus, activation of presynaptic alpha-2 receptors reduces the release of neurotransmitters, acting like a “brake” for the SNS. These receptors are predominantly found in the brain and reduce sympathetic outflow (sympatholytic effect, resulting in actions like decreased blood pressure and heart rate).

Beta receptors are composed of three main categories, beta-1, beta-2 and beta-3, and are located in various organs and tissues (see below). All subtypes of beta adrenoceptors are Gs coupled GPCRs that stimulate adenylyl cyclase [AC] leading to an increase in cAMP. However, they each produce distinctive effects as they are located in different tissues. Beta-1 receptors, for example, are primarily located in the heart and result in positive chronotropic (heart rate) and inotropic (contractility) effects whereas beta-2 receptors are primarily found in the bronchi/bronchial tree and result in bronchodilation.

Beta-2 adrenoceptors are also Gs coupled receptors that stimulate adenylyl cyclase [AC] increasing the production of the second messenger cAMP, however, they are primarily found in the lungs so their primary action is vasodilation. These receptors are also found in a variety of other tissues that can have a variety of other effects as you can see from the chart above.