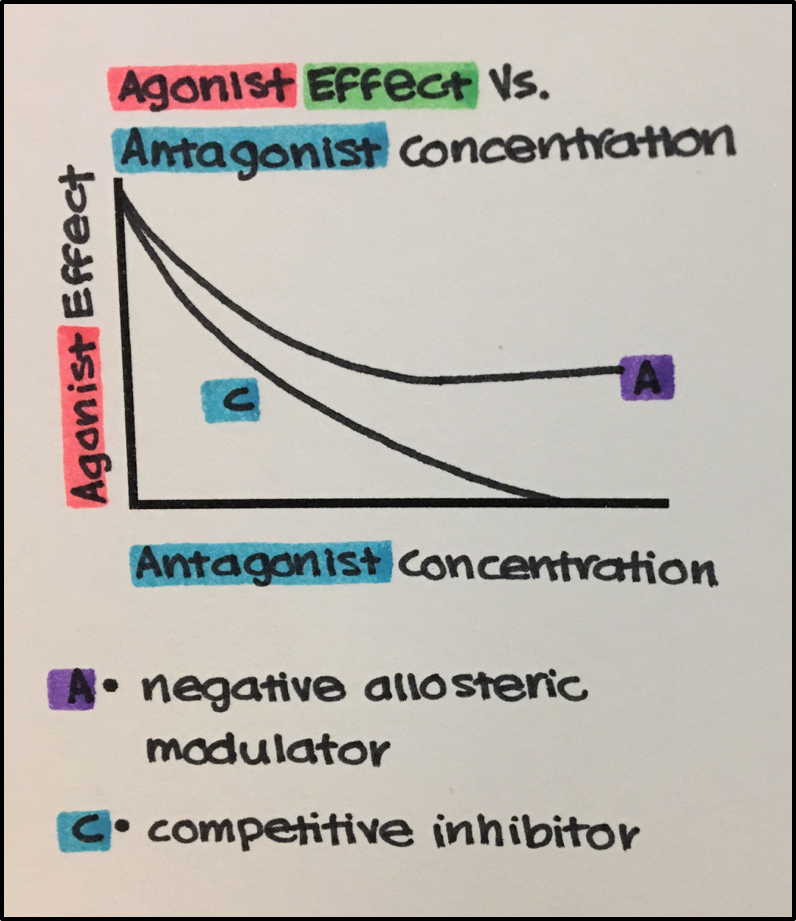 Why does this matter? There is need to reduce certain biological responses without completely shutting them down. For example, a person who has gastrointestinal spasms needs a modulator that returns the hyperactive state of gastric and intestinal muscles to normal, without causing complete paralysis of the gastrointestinal tract.

To summarize, ADVANTAGES of negative allosteric modulators over competitive antagonists include:

Ceiling Effect: can only inhibit agonist response to a certain point, protecting patient from excessive inhibition that could have serious consequences.
Fine-Tune ability: allosteric modulators have greater potential for receptor subtype selectivity than do competitive antagonists, and this minimizes side effects.