Additivity: when the effect of two drugs given in combination equals the mathematical summation of their effects when given alone.

Synergism: when the combine effect of two drugs is greater than the sum of their effects when given separately.

Potentiation: when one drug does not elicit a response on its own but enhances the response to another drug.

Examples of Drug-Drug Interactions: given responses to 4 drugs 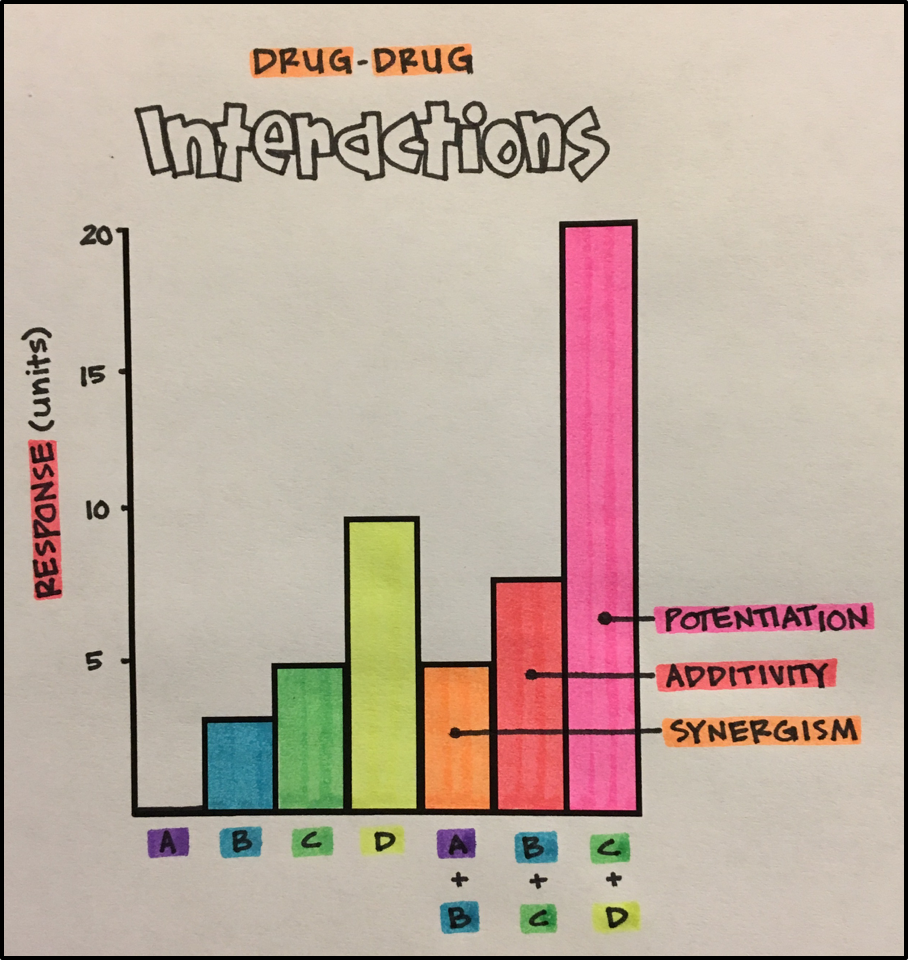