Kinases (Protein Kinases [PKs]) • enzymes that catalyze the phosphorylation of target molecules to cause their activation.  In other words, they add a phosphate group to a molecule/protein/another kinase. 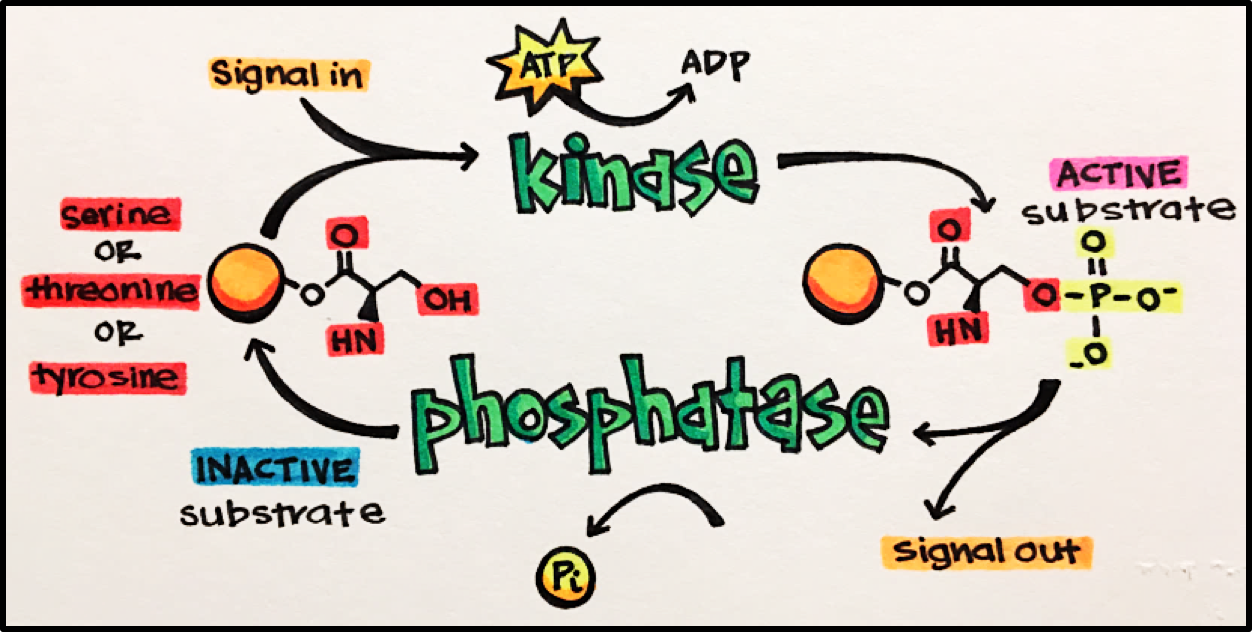 It is the balanced activity of kinases and phosphatases that results in effective, and fast, signaling events to allow for the desired biological effect and enable our bodies to maintain homeostasis. 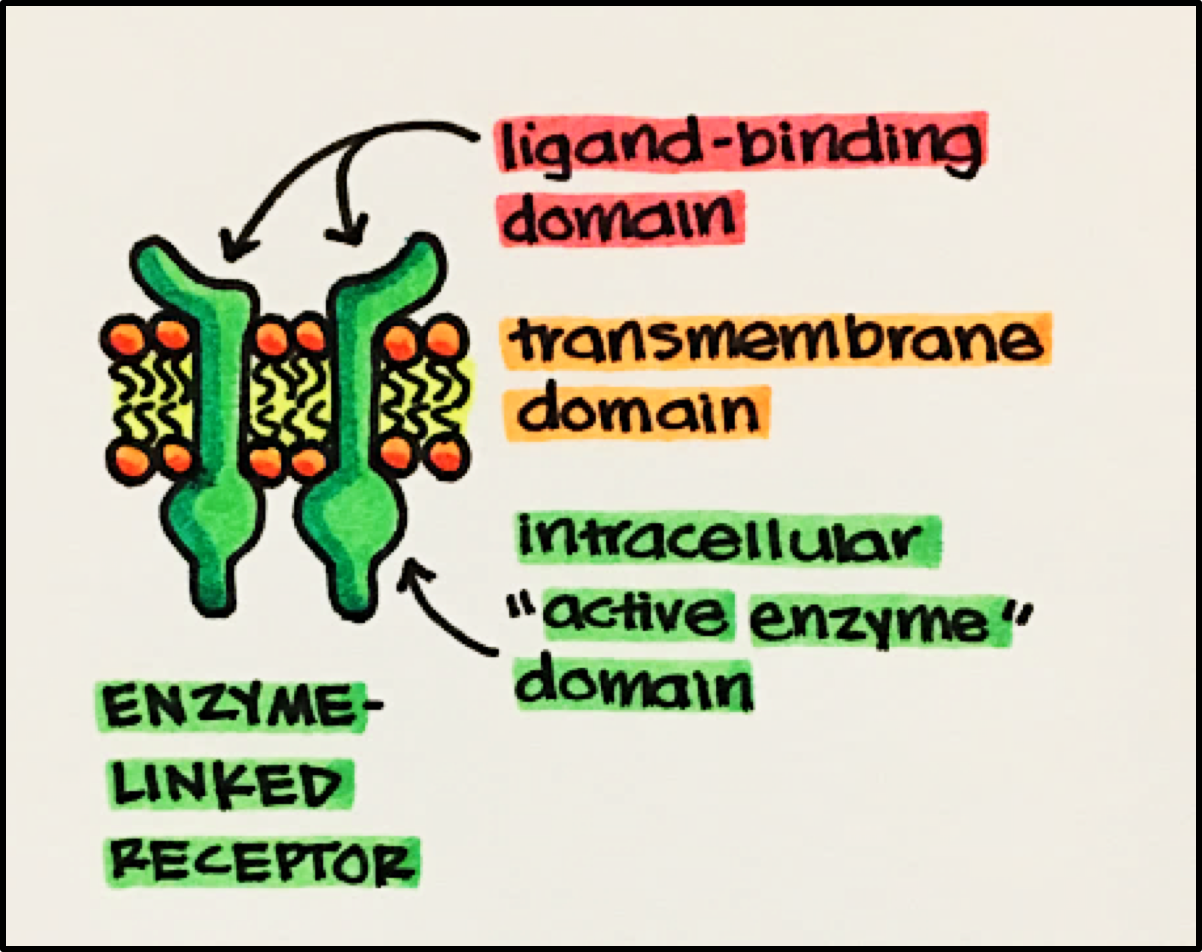 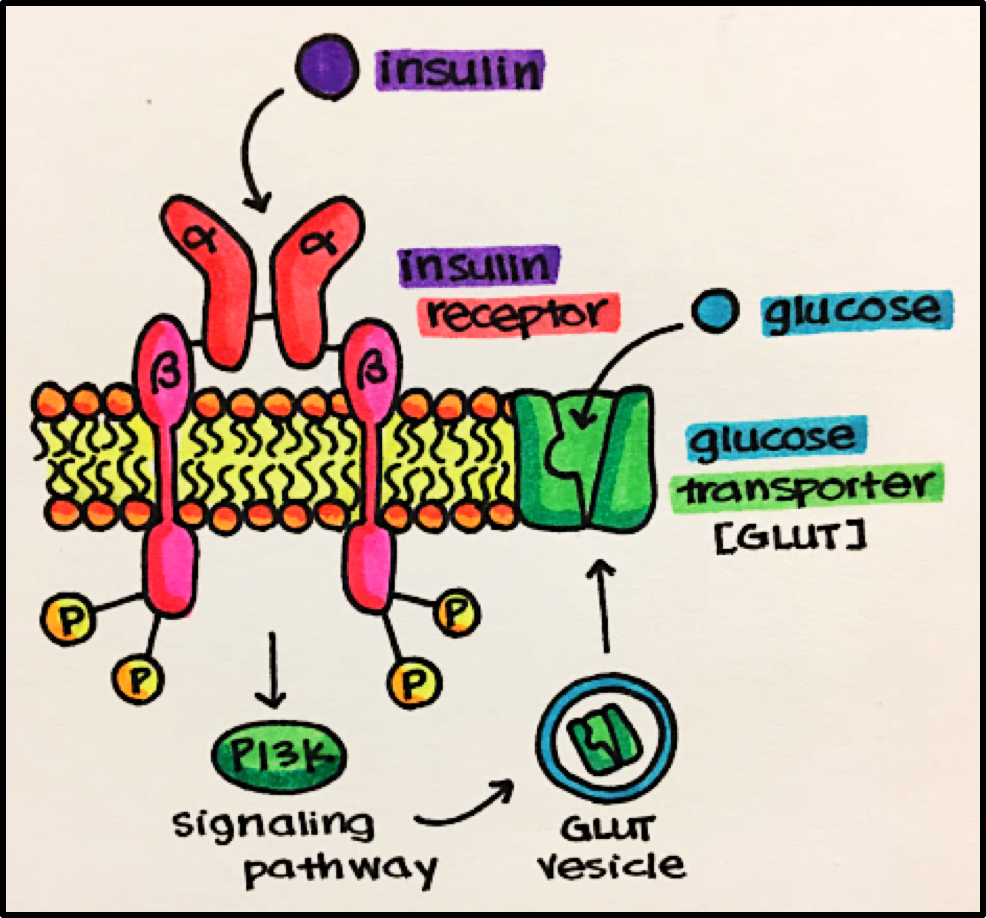 Once activated, the insulin receptor leads to a cascade of events eventually resulting in expression of glucose transporters (GLUTs) on the surface of a cell to allow it to bring in glucose for energy utilization.

Receptor Tyrosine Kinases [RTK] • This class of receptors are also considered enzymes that have intrinsic enzymatic activity. When RTK agonists bind to these receptors, their intrinsic enzymatic activity is stimulated. RTKs bind growth factors to signal processes that result in the regulation of cell growth, differentiation and survival through gene transcription. Subclasses include: 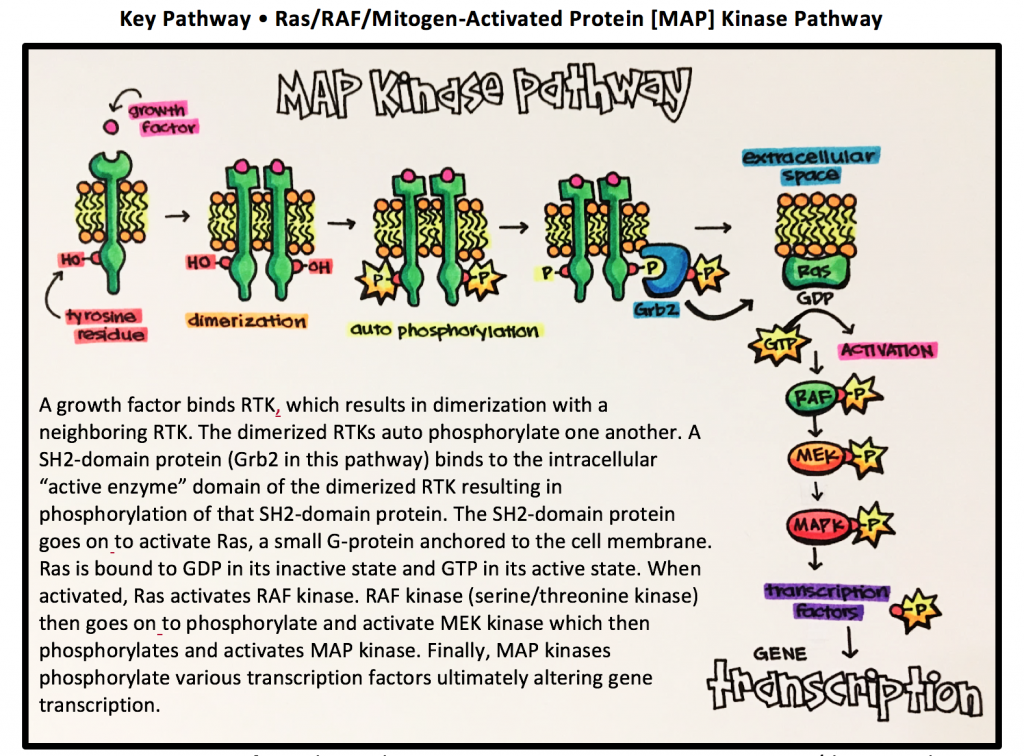 RAF [Rapidly Accelerated Fibrosarcoma] • family of protein kinases that are involved with retroviral oncogenes (genes that can potentially cause cancer).

Tyrosine-Kinase Associated Receptors • associate with intracellular proteins that have tyrosine kinase activity. These receptors lack the tyrosine kinase domain that was discussed earlier and, therefore, accomplish tyrosine phosphorylation by cytoplasmic tyrosine kinases instead.

Cytokine receptors make up the largest family of receptors that relay signals into the cell by cytoplasmic tyrosine kinases. These particular receptors are associated with the cytoplasmic kinase, Jak (Janus kinase). Jak will go on to activate a gene regulatory protein called STAT (signal transducers and activators of transcription). The pathway is described and depicted below:

Key Pathway • Jak/Stat pathway (Janus kinase/signal transducers and activators of transcription) • The Jak/Stat pathway is the principal pathway for cytokines and growth factors in humans. This pathway is activated by a number of cytokines (most commonly interferons) and growth factors. Activation stimulates cell proliferation, differentiation, migration and apoptosis. Furthermore, cytokines control the synthesis and release of a number of inflammatory mediators. When a cytokine binds to its enzyme-linked receptor it results in a conformational change leading to phosphorylation of the intracellular active-enzyme domain, eventually leading to the transcription of inflammatory mediators. As with all signal transduction mechanisms, homeostasis is reliant on proper regulation of all these different pathways. Lack of proper regulation of the JAK pathway can cause inflammatory disease, erythrocytosis, gigantism and leukemias. 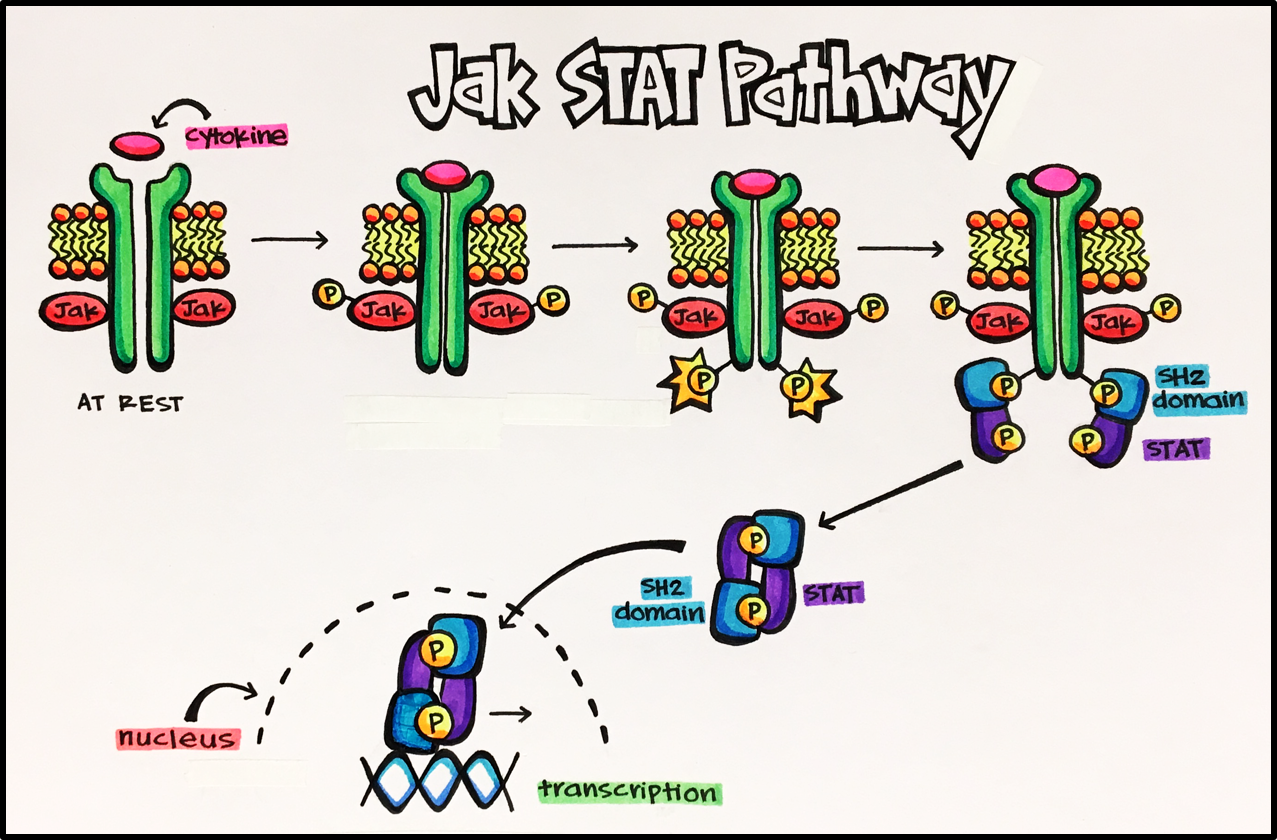 **For more information on enzyme-linked receptors, see this link below: