Agonists: tend to be smaller molecules that effect activation of receptors.

Note: This may result in stimulation or inhibition of cell and organ function 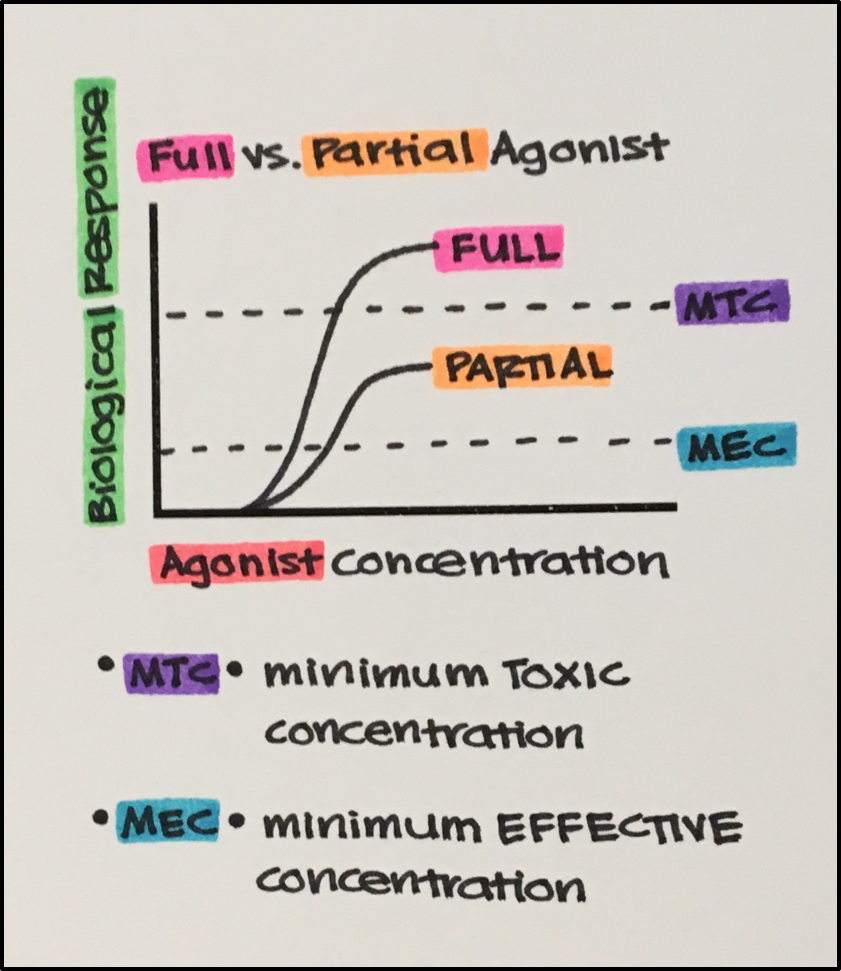 Why use a partial agonist? Full agonist may cause too much activation resulting in toxicity or receptor adaptation on prolonged use (desensitization, downregulation). The lower efficacy of partial agonists minimizes these complications.

Inverse agonists: produces opposite biological response to that of the endogenous agonist/neurotransmitter

Example: While the beta-1 antagonist DOES NOT have INTRINSIC activity on its own, it still has pharmacological effects in vivo. Under normal circumstances, when a person is exercising norepinephrine is released binds to beta-1 receptors resulting in increased cardiac inotropy (contractility) as well as increased chronotropy (heart rate) to accommodate the increased demand for oxygen. If an individual were using a beta-1 antagonist (a.k.a. beta blocker), it would prevent norepinephrine from binding to beta-1 receptors thus causing reduced contractility and lower heart rate compared to someone who is not using a beta-1 antagonist. Labetalol is an example of a beta-1 antagonist used in individuals who have angina (chest pain) associated with increased heart rate. This drug enables them to exercise, while maintaining a lower heart rate so as to avoid chest pain. 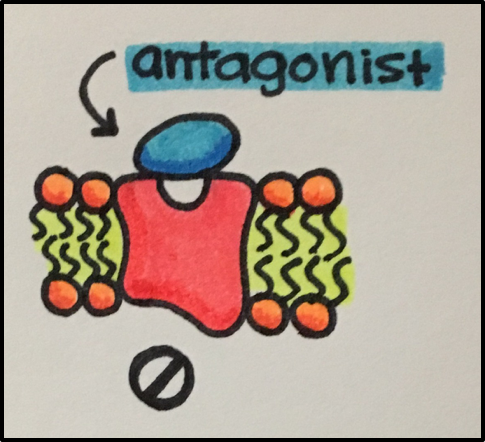 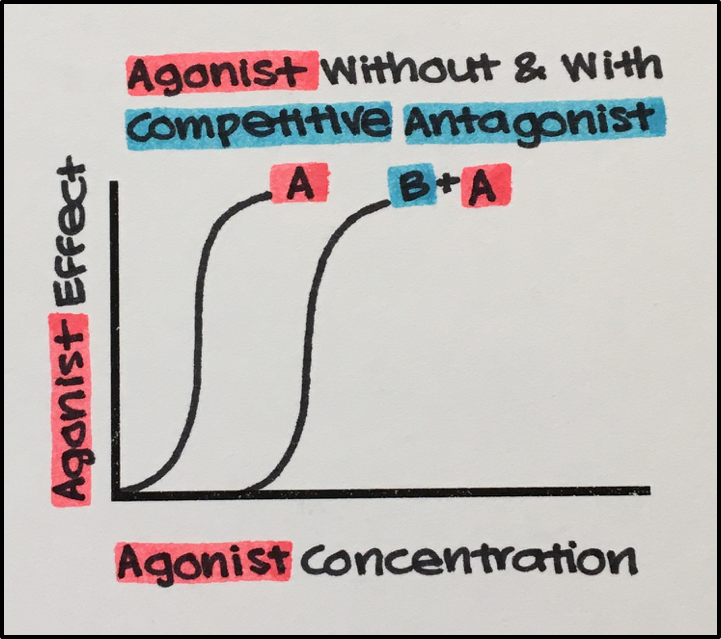 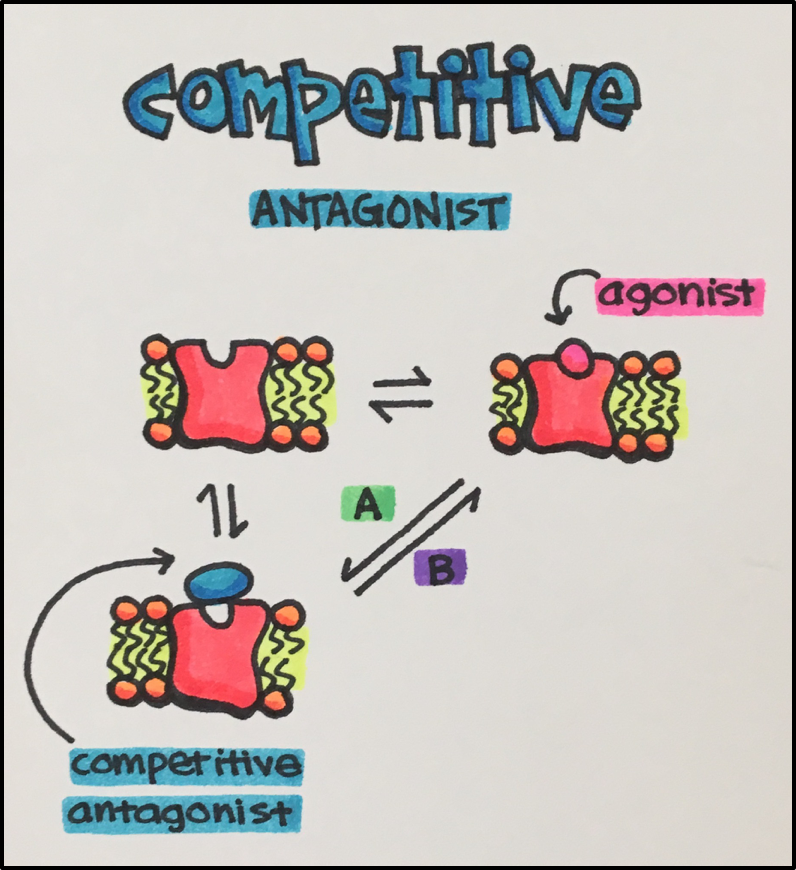 The receptor can interact with the agonist OR the competitive antagonist, but not both, i.e. binding is mutually exclusive.

A. IRREVERSIBLE
B. ALLOSTERIC 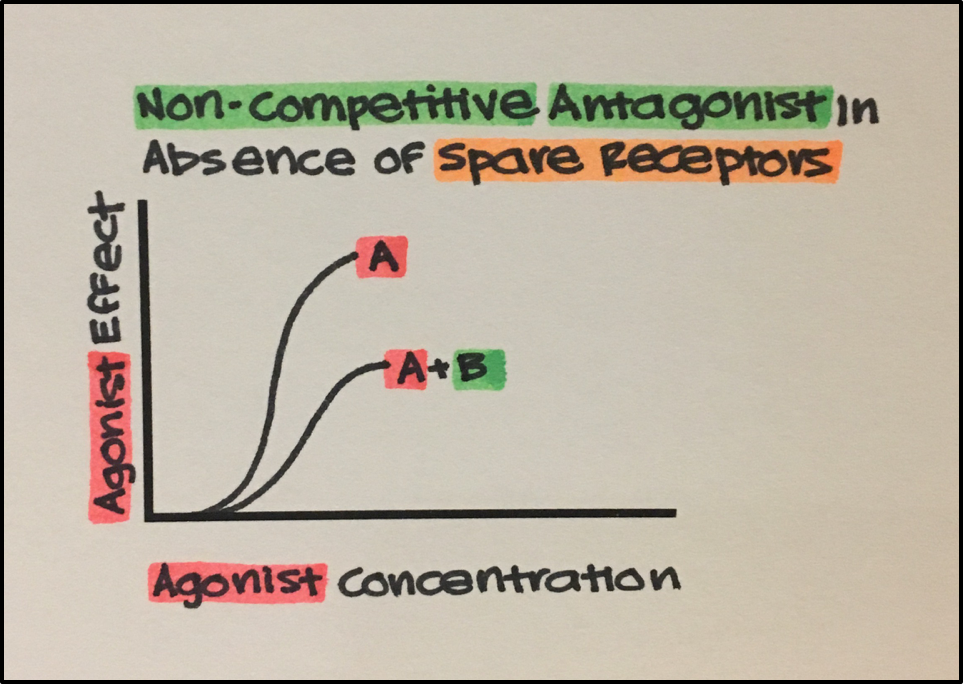 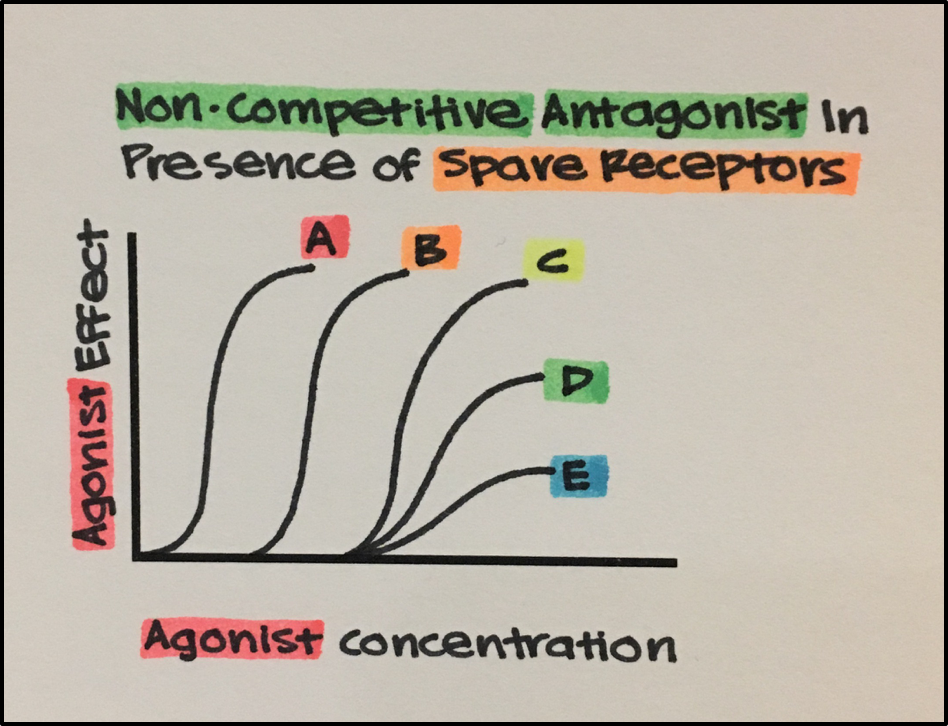 B. Allosteric Non-Competitive Antagonists: A drug may bind to a site (allosteric site) on the receptor different from that where an agonist binds (primary or classical binding site). Binding to the allosteric site modifies the conformation of the primary site. In case of (negative) allosteric antagonists the altered conformation is less responsive to the agonist. Increasing agonist concentration does not displace the allosteric antagonist from the receptors since the two drugs bind to different sites, i.e. this type of antagonism is non-competitive and unsurmountable. See other types of allosteric modulators below.

Example: epinephrine is a physiological antagonist to histamine, even though they bind to their own specific receptors. When histamine binds to its receptor, arterial pressure decreases through vasodilation. However, when epinephrine binds to its receptor, arterial pressure increases through vasoconstriction, thus counteracting histamine or producing an antihistamine effect.