Physiology of the Autonomic Nervous System

Why is this topic important?

Organization of the Nervous System 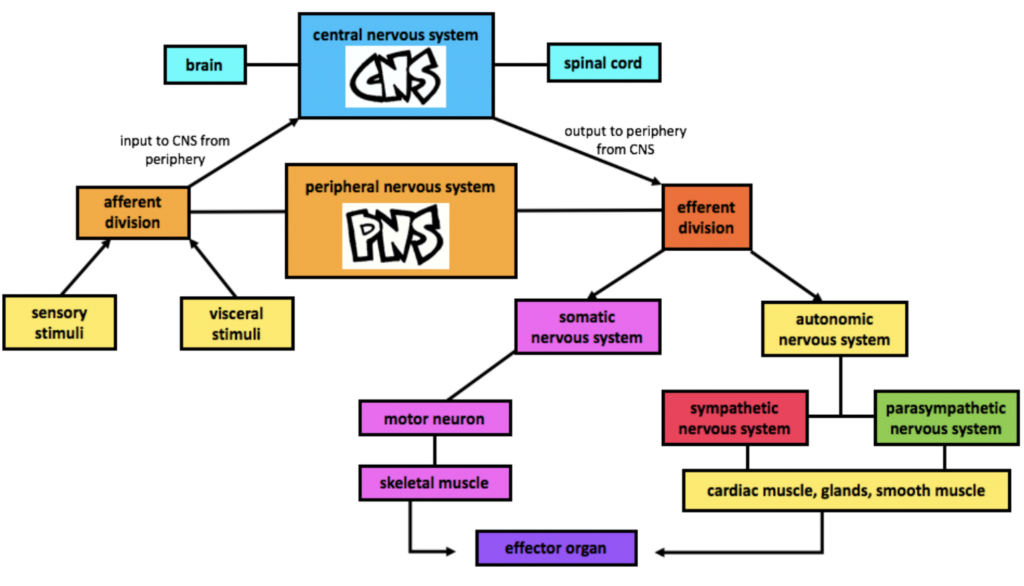 Communication in the Nervous System

Neurotransmitters, or chemical messengers, allow for cell-to-cell communication within the nervous system. Two important neurotransmitters are involved in the activity of the autonomic system: acetylcholine [ACh] and noradrenaline, more commonly known as norepinephrine [NE].

The image below is an example of cell-to-cell communication. Once depolarized, the presynaptic neuron releases ACh, which goes on to stimulate the nicotinic receptor [NAChR] on the postsynaptic neuron. Reminder: NAChR is an ion channel coupled receptor. 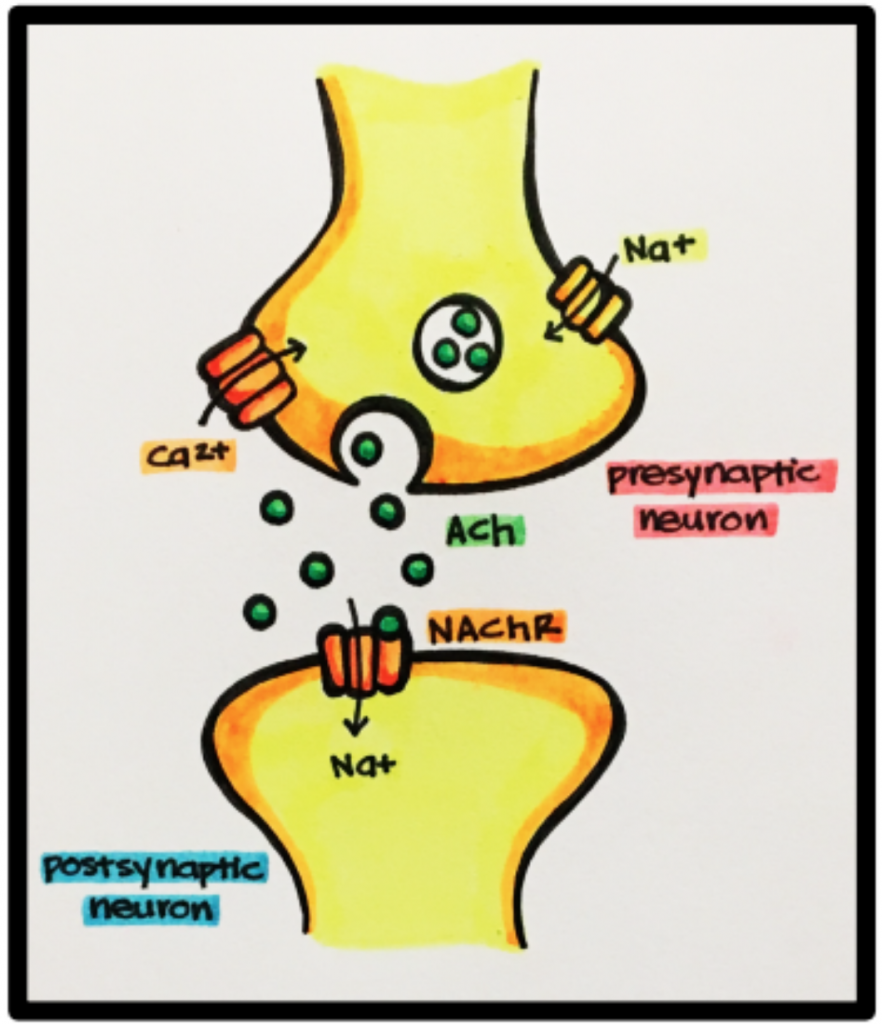 Ganglion – A group of nerve cell bodies located in afferent and efferent nerves. The somatic and autonomic nervous systems communicate via ganglia. 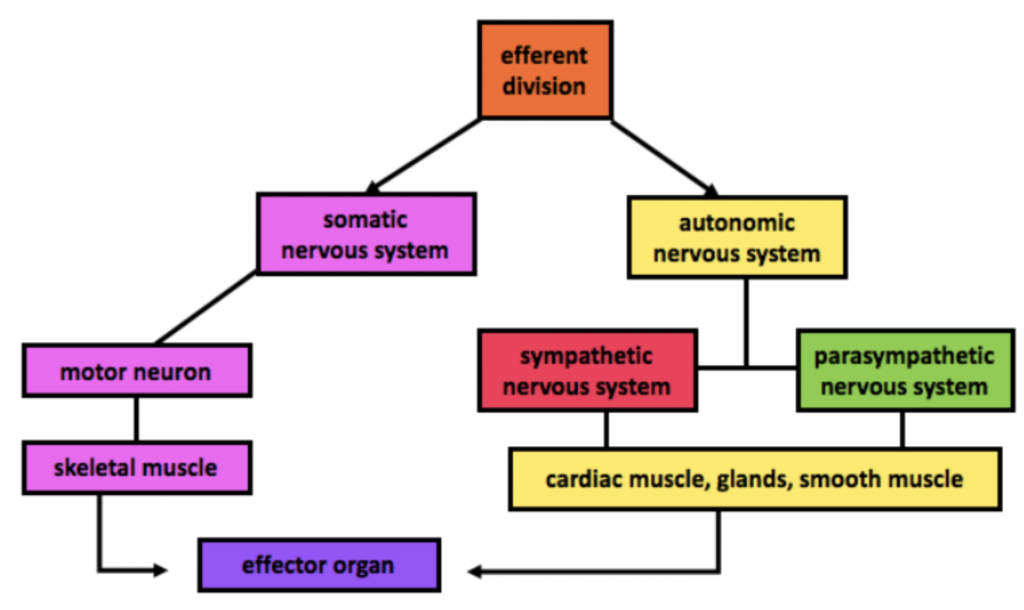 The PNS can also be thought of as the “D” division – defecation, digestion, and diuresis.
Most organs/tissues are innervated with parasympathetic ganglia.

EXCEPTIONS – most blood vessels and all sweat glands only have sympathetic innervation.

What does your body need when at rest? 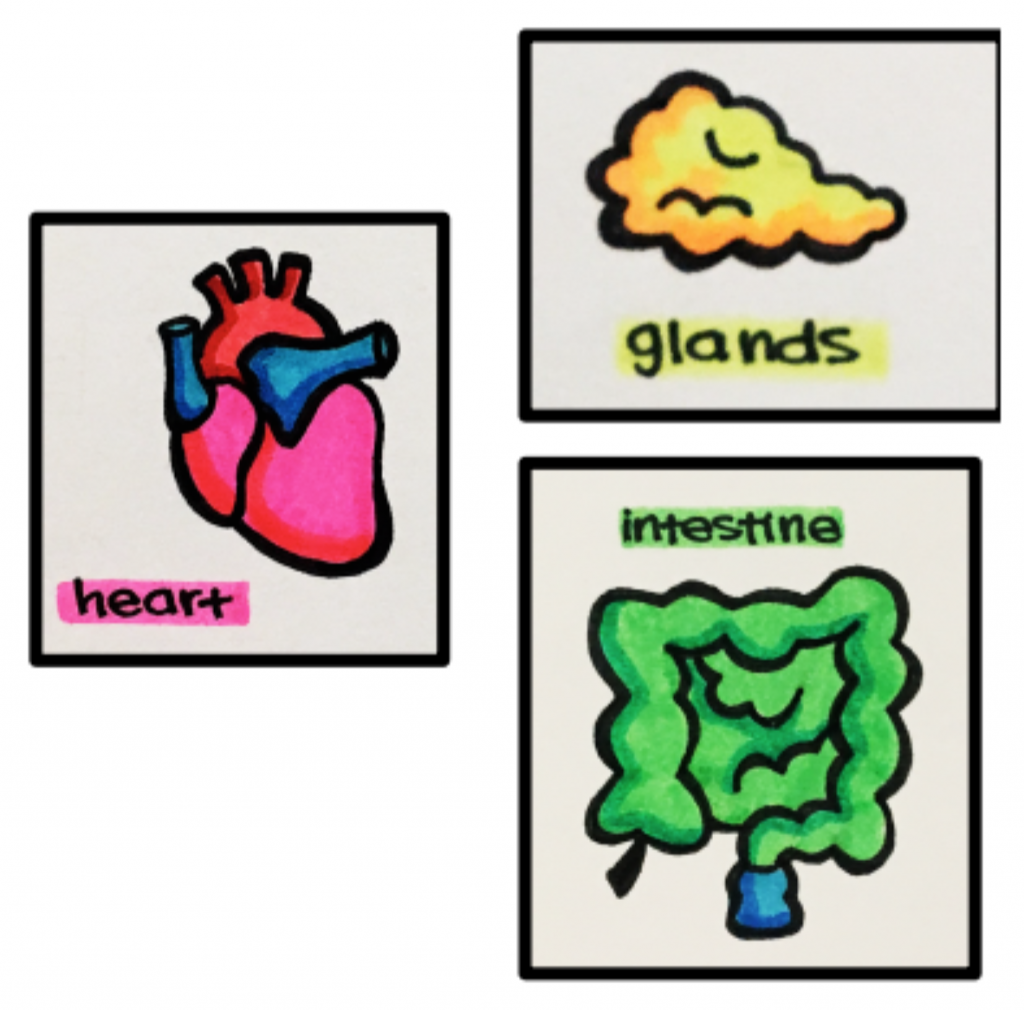 The SNS can also be thought of as the “E division” – embarrassment, emergency, exercise, and excitement.
Most organs/tissue are innervated with sympathetic ganglia.

What does your body need to do when in fight or flight situation? 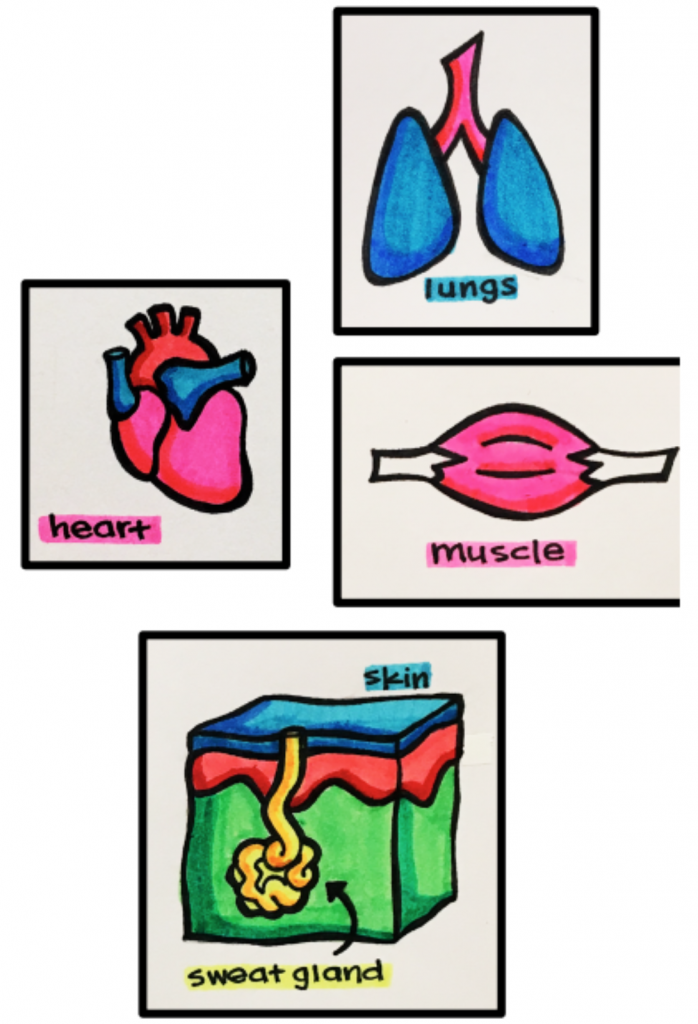