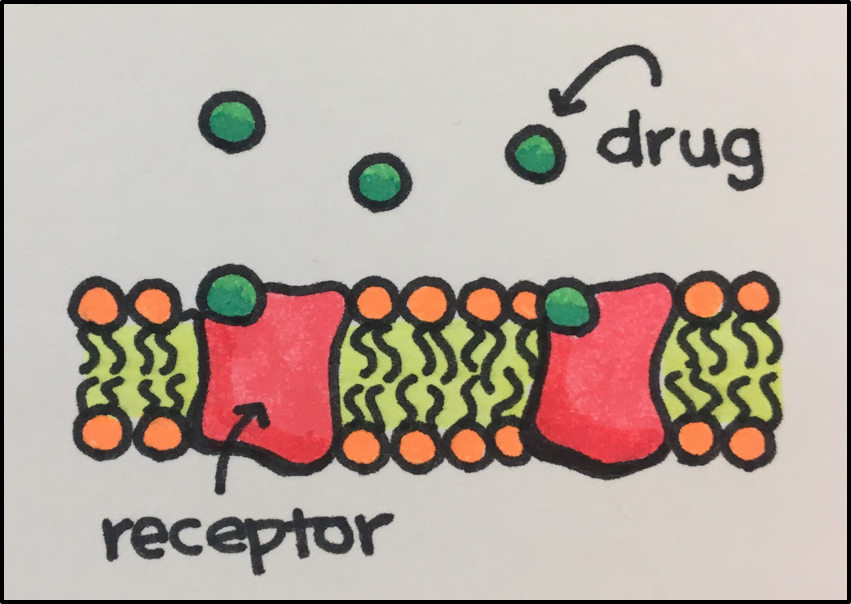 The Effect a Drug may have is Dependent on a Variety of Factors:

Efficacy vs Potency: As drug efficacy increases, so does the maximal biological response it can produce. Efficacy cannot be changed by increasing the dose beyond that which elicits a maximal response, since it is an inherent characteristic of the drug. While potency is also an intrinsic property of a given drug, effects of the drug may be increased by using higher doses because potency refers to the rate of drug-receptor binding and dissociation whereas efficacy refers to the resultant biological response.

EFFICACY of a drug is therefore more important clinically than 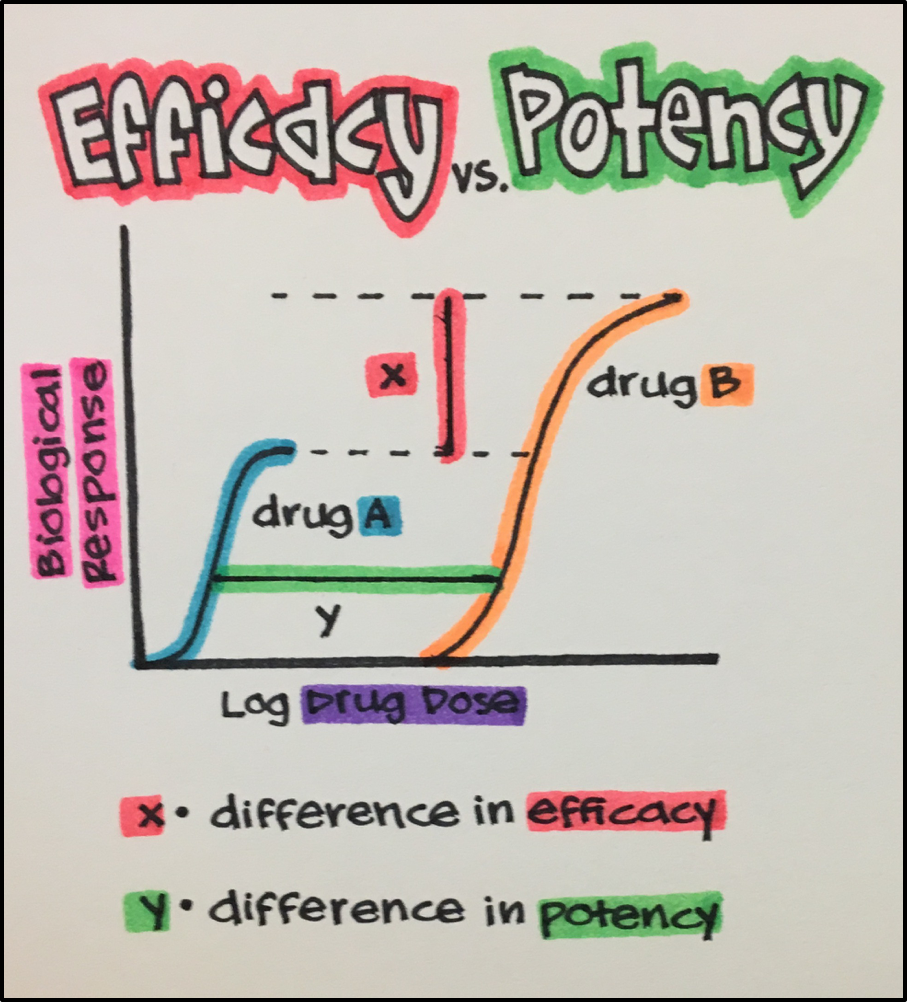 Spare Receptors: often times occupation of only a fraction of receptors is necessary for obtaining a maximal response. In this case the remaining unbound receptors are known as spare receptors. This means that there can be a reduction in receptors (up to a limit!!!) without a corresponding decrease in the maximal response. 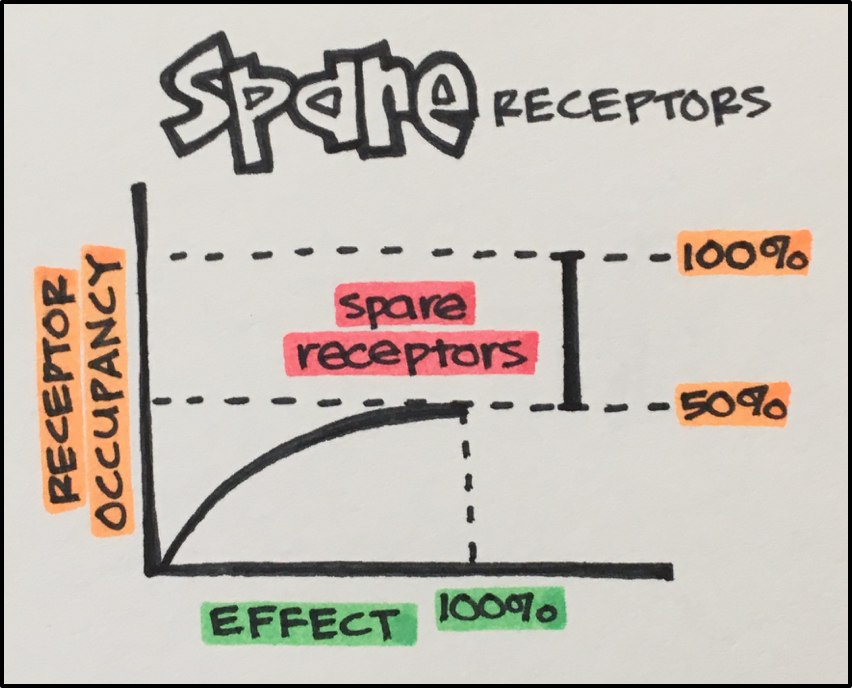