Signal Transduction • transmission of molecular signals from outside the cell into the cell via cell-surface receptors. Signal transmission is caused either by:

Why is this important? Identifying the cellular events that take place upon receptor activation is necessary for designing pharmacological agents that potentiate (increase) or diminish (decrease) signaling. For example, certain signaling pathways become overly active in cancerous cells. Suppression of these exaggerated signals may be one way to reduce cell proliferation in cancer. 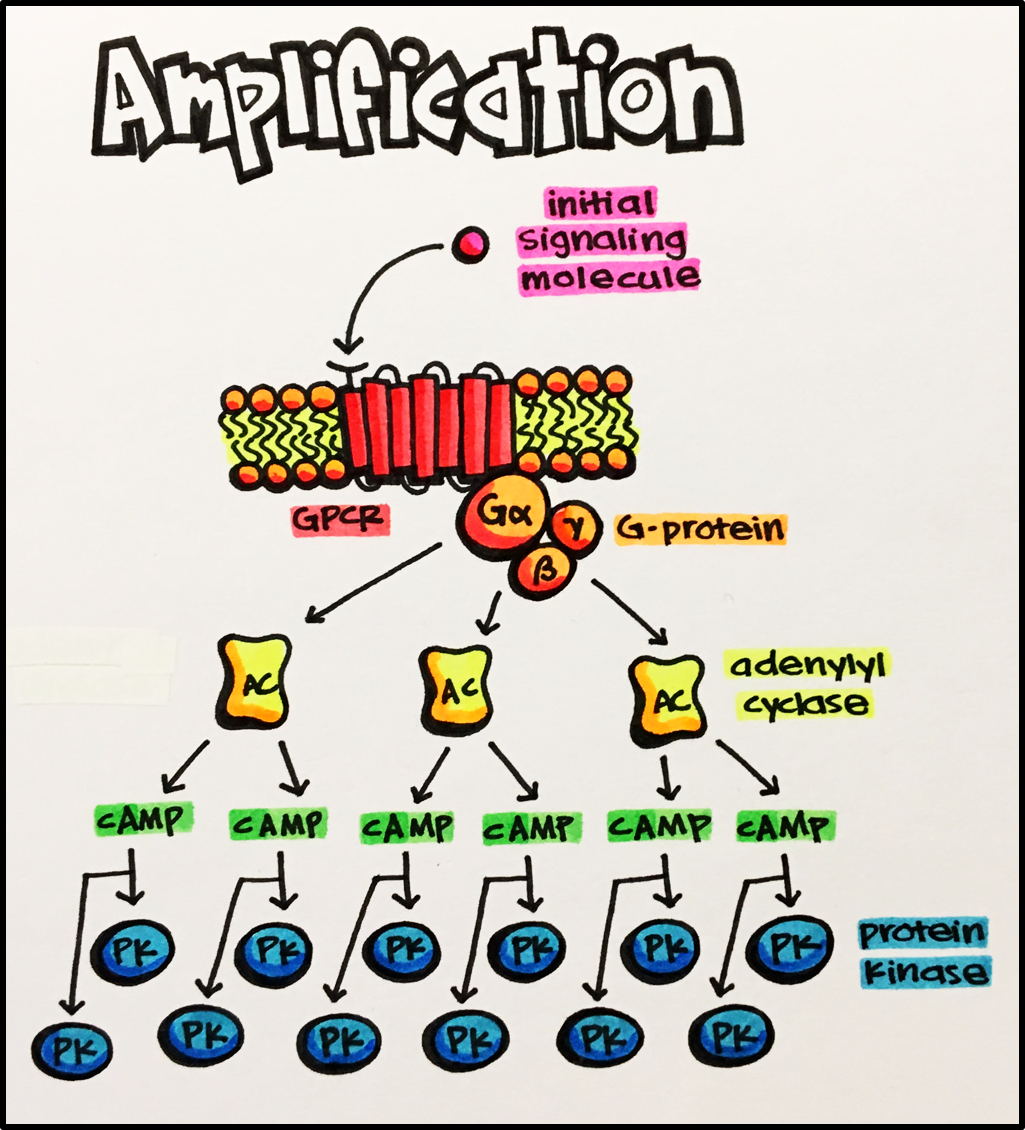 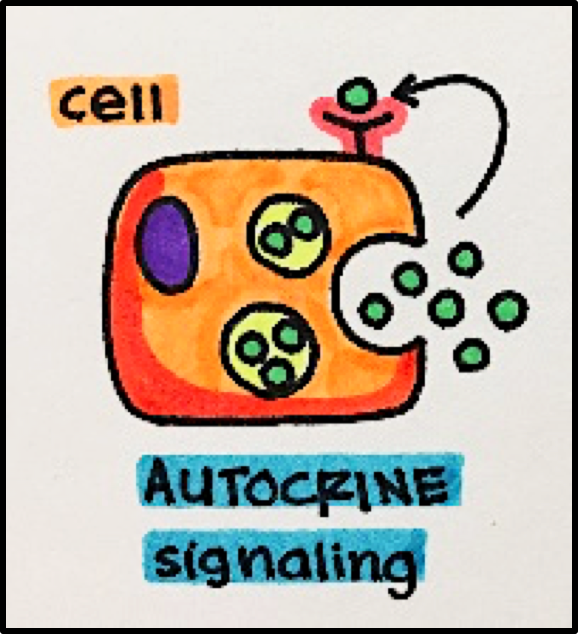 Autocrine • cell secretes chemical messenger or hormone that will then activate receptors on that same cell. 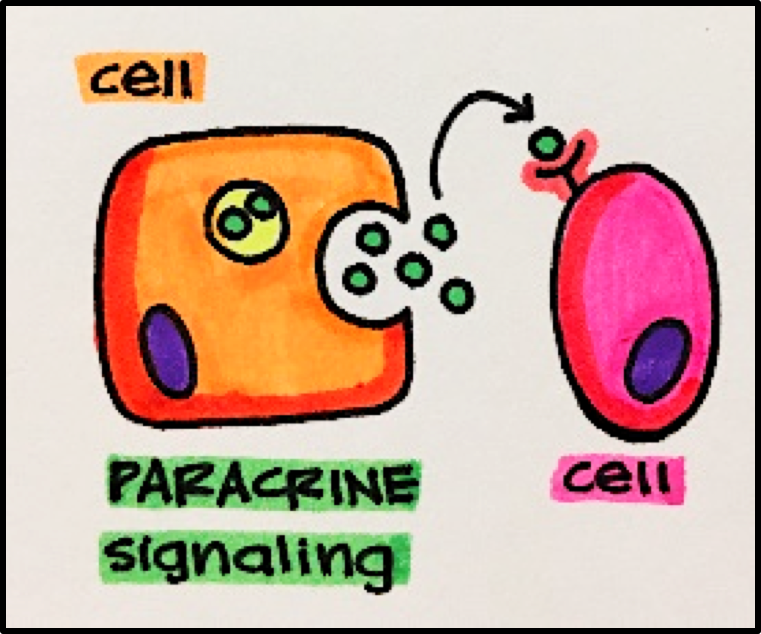 Paracrine • cell secretes chemical messenger or hormone that will then activate cell-surface receptors on a cell nearby. 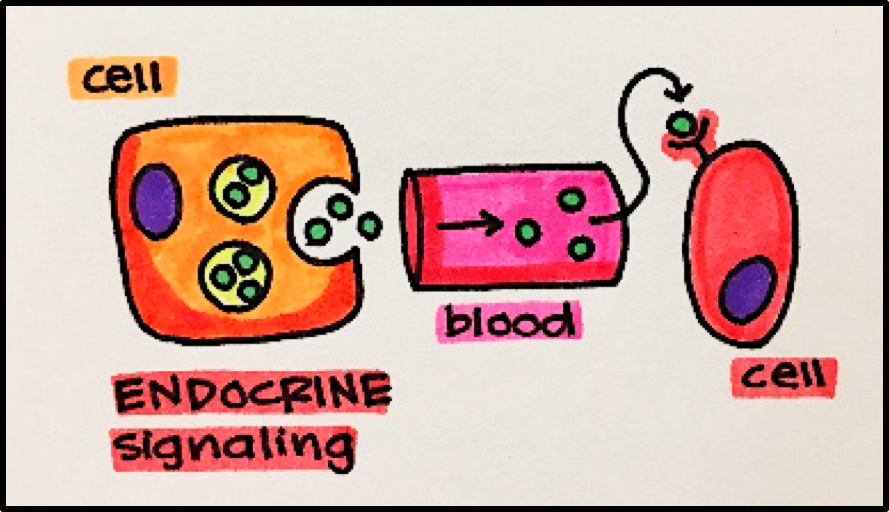 Endocrine • cell secretes chemical messenger or hormone that needs to be transported via the blood stream to reach a distant target cell. 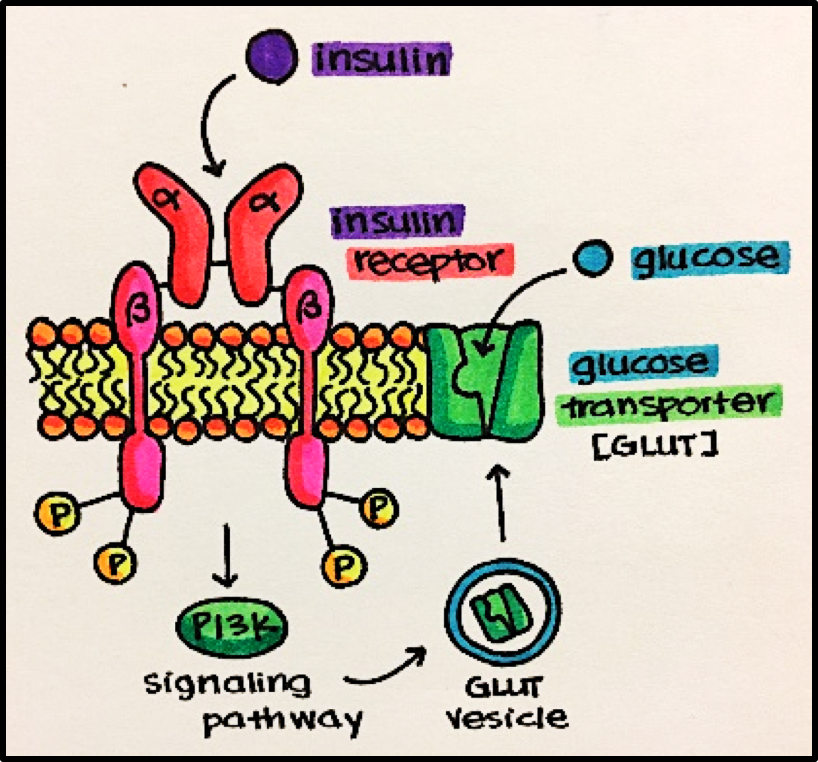 Example • insulin is synthesized and secreted by pancreatic beta cells, released into the blood and transported to cells all over the body. Insulin then stimulates its receptors on these cells to initiate a cascade of events leading to expression of glucose transporters to allow cells to take glucose in for energy utilization.

Effector • The eventual target of signaling.  For example, the heart is an effector of norepinephrine released from nerve terminals.

There are 4 Classes of Signal Transducing Receptors:

1. Enzyme-Linked Receptors (Receptor Kinases) • have intrinsic enzymatic activity or are associated with an intracellular enzyme

3. Ligand-Gated Ion Channels • allow specific ions to flow into or out of the cell in response to binding of a chemical messenger