From Social Networking to Stardom 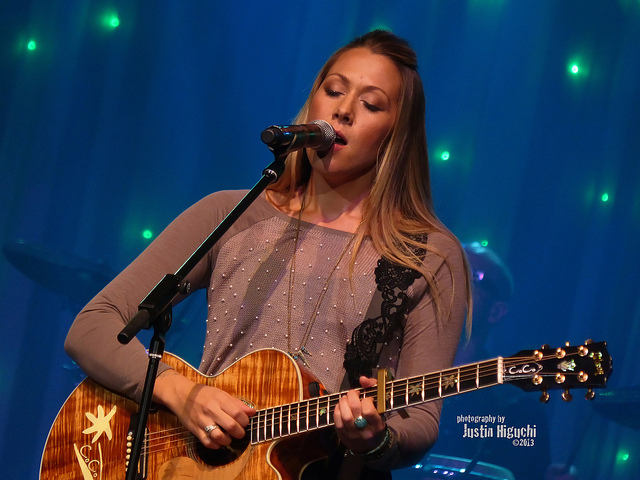 In 2006, Californian vocalist Colbie Caillat was an aspiring singer-songwriter. Although her audio engineer father, Ken Caillat, coproduced one of the biggest selling albums of all time, Fleetwood Mac’s Rumours, Colbie had never considered booking a studio, much less campaigning for a record deal. She considered her music to be a hobby rather than a career choice (Waco Tribune-Herald, 2010). Fast-forward a year later and Caillat’s debut album, Coco, was at No. 5 on the Billboard 200 album chart, on its way to achieving platinum status. How did an unknown artist from Malibu, California, become a best-selling star in so little time? Caillat’s success can be attributed, in part, to the social networking website MySpace.

Hugely popular among teens and young adults in the mid-2000s, MySpace enables people to set up a personal profile on which they can post original music for the public to listen to and comment on. One of Caillat’s friends thought that her music merited a wider audience and set up a page on which Caillat could post her tunes. Six months later, Caillat was the MySpace website’s top unsigned artist (Colbie Caillat). The site enables people to “friend” artists or performers whose music they enjoy. As Caillat’s friend count climbed to 100,000, music labels began to notice. In 2007, she signed with Universal Records and released her debut album, Coco. Boosted by the online success of the single “Bubbly,” Coco reached No. 5 on the Billboard chart and established Caillat as a bona fide pop star. She has since won a Grammy award for “Lucky,” her duet with Jason Mraz, toured with artists such as the Goo Goo Dolls and John Mayer, and in 2009, released a second successful album, Breakthrough. The combined sales of Caillat’s first two albums are upward of 4 million copies worldwide.

Caillat’s story highlights one area in which the Internet is changing the face of the music industry. Aspiring artists no longer need to rely on expensive publicists, recording studios, or contacts within the industry; they can connect directly with fans to sell their music. Social networking sites, like MySpace, and virtual worlds, like Second Life, make it easier for fans to search for new music and easier for artists to communicate with fans. In fact, MySpace has been so influential that it teamed with several major labels to create the MySpace music website. Generating a buzz on social networking sites is sometimes enough to achieve fame and stardom. Of course, for every Colbie Caillat, there are thousands of unknown singers and bands trying to promote their music online with little or no success. Despite this, it’s clear that social networking sites have taken some control away from record labels and placed it in the hands of the artists themselves.

Artists are also using social networking sites to develop a more intimate relationship with fans. In the past couple of years, the Twitter social networking website has become hugely popular among musicians and fans alike. The microblogging service enables users to send a tweet message—a short post of 140 characters or less that is displayed on the author’s profile page and delivered to his or her subscribers. Musicians such as John Mayer, Alicia Keys, Britney Spears, and Lily Allen regularly post on Twitter, providing their fans with real-time updates about their daily lives and promoting their musical endeavors.

Social networking sites are just the latest technological development in the music business. An in-depth look at the history and evolution of popular music throughout the last century will help explain some of the current processes and trends in the industry.