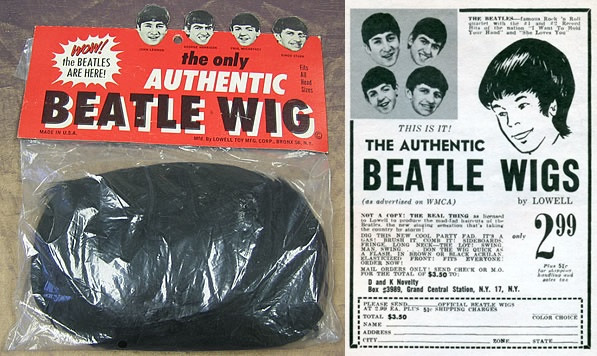 In 1850, an epidemic swept America—but instead of leaving victims sick with fever or flu, this epidemic involved a rabid craze for the music of Swedish soprano Jenny Lind. American showman P. T. Barnum (who would later go on to found the circus now known as Ringling Bros. and Barnum & Bailey), a shrewd marketer and self-made millionaire, is credited with spreading “Lindomania” through a series of astute show-business moves. Barnum promised Lind an unprecedented $1,000-a-night fee (the equivalent of $28,300 in 2009) for her entire 93-performance tour of the United States. Ever the savvy self-promoter, Barnum turned his huge investment to his advantage by using it to create publicity—and it paid off. When the Swedish soprano’s ship docked on U.S. shores, she was greeted by 40,000 ardent fans; another 20,000 swarmed her hotel (Barnum). Congress was adjourned specifically for Lind’s visit to Washington, DC, where the National Theatre had to be enlarged to accommodate her audiences. A town in California and an island in Canada were named in her honor. Enthusiasts could purchase Jenny Lind hats, chairs, boots, opera glasses, and even pianos. Barnum’s marketing expertise made Lind a household name and created an overwhelming demand for a singer previously unknown to American audiences.

The “Jenny rage” that the savvy Barnum was able to create was not a unique phenomenon, however; a little more than a century later, a new craze transformed some American teenagers into screaming, fainting Beatlemaniacs. Though other performers like Frank Sinatra and Elvis Presley were no strangers to manic crowds, the Beatles attracted an unprecedented amount of attention when they first arrived in the United States. When the British foursome touched down at New York’s Kennedy Airport in 1964, they were met by more than 3,000 frenzied fans. Their performance on The Ed Sullivan Show was seen by 73 million people, or 40 percent of the U.S. population. The crime rate that night dropped to its lowest level in 50 years (Ehrenreich, et. al., 1992). Beatlemania was at such a fever pitch that Life magazine cautioned that “a Beatle who ventures out unguarded into the streets runs the very real peril of being dismembered or crushed to death by his fans.” The BBC publicized the trend and perhaps added to it by highlighting the paraphernalia for fans to spend their money on: “T-shirts, sweat shirts, turtle-neck sweaters, tight-legged trousers, night shirts, scarves, and jewelry inspired by the Beatles” were all available, as were Beatles-style mop-top wigs.

In the 21st century, rabid fans could turn their attention to a whole swath of pop stars in the making when the reality TV program American Idol hit the airwaves in 2002. The show was the only television program ever to have snagged the top spot in the Nielsen ratings for six seasons in a row, often averaging more than 30 million nightly viewers. Rival television network executives were alarmed, deeming the pop giant “the ultimate schoolyard bully,” “the Death Star,” or even “the most impactful show in the history of television,” according to former NBC Universal CEO Jeff Zucker (Carter, 2007). New cell phone technologies allowed viewers to have a direct role in the program’s star-making enterprise through casting votes, signing up for text alerts, or playing trivia games on their phones. In 2009, AT&T estimated that Idol-related text traffic amounted to 178 million messages (Poniewozik, 2009).

These three crazes all relied on various forms of media to create excitement. Whether through newspaper advertisements, live television broadcasts, or integrated Internet marketing, media industry tastemakers help shape what we care about. For as long as mass media has existed in the United States, it’s helped to create and fuel mass crazes, skyrocketing celebrities, and pop culture manias of all kinds. Even in our era of seemingly limitless entertainment options, mass hits like American Idol still have the ability to dominate the public’s attention. In the chapters to come, we’ll look at different kinds of mass media and how they have been changed by—and are changing—the world we live in.