The media industry is, in many ways, perfect for globalization, or the spread of global trade without regard for traditional political borders. As discussed above, the low marginal costs of media mean that reaching a wider market creates much larger profit margins for media companies. Because information is not a physical good, shipping costs are generally inconsequential. Finally, the global reach of media allows it to be relevant in many different countries.

However, some have argued that media is actually a partial cause of globalization, rather than just another globalized industry. Media is largely a cultural product, and the transfer of such a product is likely to have an influence on the recipient’s culture. Increasingly, technology has also been propelling globalization. Technology allows for quick communication, fast and coordinated transport, and efficient mass marketing, all of which have allowed globalization—especially globalized media—to take hold.

Much globalized media content comes from the West, particularly from the United States. Driven by advertising, U.S. culture and media have a strong consumerist bent (meaning that the ever-increasing consumption of goods is encouraged as an economic virtue), thereby possibly causing foreign cultures to increasingly develop consumerist ideals. Therefore, the globalization of media could not only provide content to a foreign country, but may also create demand for U.S. products. Some believe that this will “contribute to a one-way transmission of ideas and values that result in the displacement of indigenous cultures (Santos, 2001).”

Globalization as a world economic trend generally refers to the lowering of economic trade borders, but it has much to do with culture as well. Just as transfer of industry and technology often encourages outside influence through the influx of foreign money into the economy, the transfer of culture opens up these same markets. As globalization takes hold and a particular community becomes more like the United States economically, this community may also come to adopt and personalize U.S. cultural values. The outcome of this spread can be homogenization (the local culture becomes more like the culture of the United States) or heterogenization (aspects of U.S. culture come to exist alongside local culture, causing the culture to become more diverse), or even both, depending on the specific situation (Rantanen, 2005).

Making sense of this range of possibilities can be difficult, but it helps to realize that a mix of many different factors is involved. Because of cultural differences, globalization of media follows a model unlike that of the globalization of other products. On the most basic level, much of media is language and culture based and, as such, does not necessarily translate well to foreign countries. Thus, media globalization often occurs on a more structural level, following broader “ways of organizing and creating media (Mirza, 2009).” In this sense, a media company can have many different culturally specific brands and still maintain an economically globalized corporate structure.

A media company often benefits greatly from vertical integration and globalization. Because of the proliferation of U.S. culture abroad, media outlets are able to use many of the same distribution structures with few changes. Because media rely on the speedy ability to react to current events and trends, a vertically integrated company can do all of this in a globalized rather than a localized marketplace; different branches of the company are readily able to handle different markets. Further, production values for single-country distribution are basically the same as those for multiple countries, so vertical integration allows, for example, a single film studio to make higher-budget movies than it may otherwise be able to produce without a distribution company that has as a global reach. 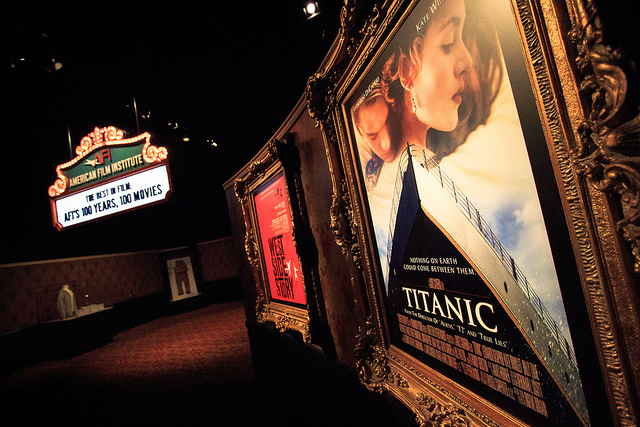 The movie Titanic, which became the highest-grossing movie of all time, made twice as much internationally as it did domestically.

Worth considering is the reciprocal influence of foreign culture on American culture. Certainly, American culture is increasingly exported around the world thanks to globalization, and many U.S. media outlets count strongly on their ability to sell their product in foreign markets. But what Americans consider their own culture has in fact been tailored to the tastes not only of U.S. citizens but also to those of worldwide audiences. The profit potential of foreign markets is enormous: If a movie does well abroad, for example, it might make up for a weak stateside showing, and may even drive interest in the movie in the United States.

One prime example of this phenomenon of global culture and marketing is James Cameron’s 1997 film Titanic. One of the most expensive movies ever produced up to that point, with an official budget of around $200 million, Titanic was not anticipated to perform particularly well at the U.S. box office. Rather, predictions of foreign box-office receipts allowed the movie to be made. Of the total box-office receipts of Titanic, only about one-third came from the domestic market. Although Titanic became the highest-grossing film up to that point, it grossed just $140 million more domestically than Star Wars did 20 years earlier (Box Office Mojo). The difference was in the foreign market. While Star Wars made about the same amount—$300 million—in both the domestic and foreign markets, Titanic grossed $1.2 billion in foreign box-office receipts. In all, the movie came close to hitting the $2 billion mark, and now sits in the No. 2 position behind Cameron’s 2009 blockbuster, Avatar.

One reason that U.S. studios can make these kinds of arrangements is their well-developed ties with the worldwide movie industry. Hollywood studios have agreements with theaters all over the world to show their films. By contrast, the foreign market for French films is not nearly as established, as the industry tends to be partially subsidized by the French government. Theaters showing Hollywood studio films in France funnel portions of their box-office receipts to fund French films. However, Hollywood has lobbied the World Trade Organization—a largely pro-globalization group that pushes for fewer market restrictions—to rule that this French subsidy is an unfair restriction on trade (Terrill, 1999).

In many ways, globalization presents legitimate concerns about the endangerment of indigenous culture. Yet simple concerns over the transfer of culture are not the only or even the biggest worries caused by the spread of American culture and values.

Think of a U.S. product that is available throughout the world, such as an athletic brand like Nike or a food product like Pepsi or Coca-Cola. Now go online to the different country-specific branches of the company’s web site.

Terrill, Roman. “Globalization in the 1990s,” University of Iowa Center for International Finance and Development, 1999, http://www.uiowa.edu/ifdebook/ebook2/contents/part3-I.shtml#B.