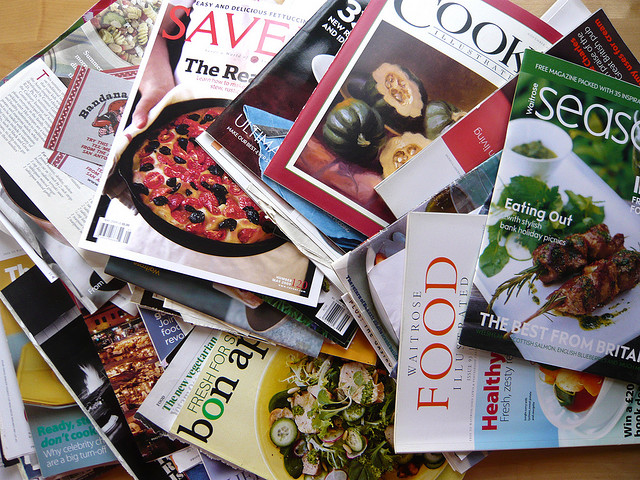 On October 5, 2009, publisher Condé Nast announced that the November 2009 issue of respected food magazine Gourmet would be its last. The decision came as a shock to many readers who, since 1941, had believed that “Gourmet was to food what Vogue is to fashion, a magazine with a rich history and a perch high in the publishing firmament (Clifford, 2009).” Although Condé Nast folded three other publications—parenting magazine Cookie and bridal magazines Elegant Bride and Modern Bride—the elimination of Gourmet received the most attention because of the publication’s long history and popularity. Although some readers were angry about the sudden print halt, some understood that the closure was simply a reflection of a changing market.

Magazine publishers have been struggling with competition for advertising dollars for years. The magazine industry took a dramatic hit from the financial crisis that began in the fall of 2007, with many publications folding altogether, several moving to online-only models, and nearly all implementing mass layoffs to cut costs (Vocus Research). The crisis forced the high-end retailers that support Condé Nast magazines to slash their advertising budgets, and the subsequent decline in advertising revenue put the Condé Nast publications in jeopardy (Gross, 2009).

Although this appears to be grim news for an industry that has survived since the 17th century, magazines may not be truly obsolete. Many analysts are hopeful that the magazine industry, with its long, complex past, is simply in a slump. According to the Magazine Publishers of America, some 7,383 magazines appeared in publication in 2008 (Association of Magazine Media). The following year, media private-equity firm Veronis Suhler Stevenson predicted that magazine ad revenues would stabilize in 2013 (Clifford, 2009). Former Newsweek financial writer Daniel Gross—though admittedly biased—believes that the industry will strengthen. He describes the panic of some who refer to the demise of print media as symptoms of an “irrational depression surrounding print (Gross).” Yet even he admits that he may be mistaken in his belief that the current downward trend is just a bump in the road. As Gross stated, “If I’m wrong, I may have to eat my words. And I’ll be doubly sad because I won’t have Gourmet to tell me what wine goes best with them (Gross).” So, many have begun to wonder, what will the future of the magazine business hold?

If Gourmet’s closure is any indication, the magazines of the future will be a product of cross-media integration, particularly between print and television. “Advertising support for luxurious magazines like Gourmet has dwindled, while grocery store advertisers have continued to buy pages at more accessible, celebrity-driven magazines like Every Day with Rachel Ray, which specializes in 30-minute meals, and Food Network Magazine (Clifford).” This trend suggests that the best—and perhaps only—way for magazines to remain viable is to gain an audience via another medium and then use that celebrity-driven status to sell the print product.

The magazine industry may change drastically over the next several years. This evolution may be affected by a number of variables, such as the Internet, a new generation of readers, the fluctuation of advertising costs, and the recovery from the 2008 recession. What remains to be seen is whether the magazine industry can continue to be a dominant force in American culture in the midst of these changes.