Want to Get Away? 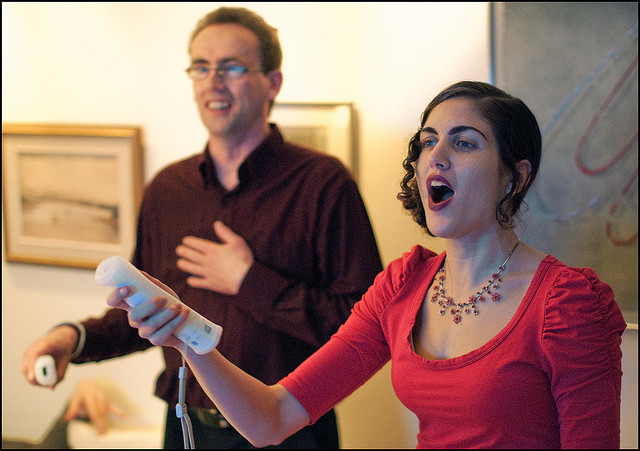 Video games have come a long way from using a simple joystick to guide Pac-Man on his mission to find food and avoid ghosts. This is illustrated by a 2007 Southwest Airlines commercial in which two friends are playing a baseball video game on a Nintendo Wii–like console. The batting friend tells the other to throw his pitch—and he does, excitedly firing his controller into the middle of the plasma TV, which then falls off the wall. Both friends stare in shock at the shattered flat screen as the narrator asks, “Want to get away?”

Such a scene is unlikely to have taken place in the early days of video games when Atari reigned supreme and the action of playing solely centered on hand–eye coordination. The learning curve was relatively nonexistent; players maneuvered a joystick to shoot lines of aliens in the sky, or they turned the wheel on a paddle to play a virtual game of table tennis.

But as video games became increasingly popular, they also became increasingly complex. Consoles upgraded and evolved on a regular basis, and the games kept up. Players called each other with loopholes and tips on how to get Mario and Luigi onto the next level, and now they exchange their tricks on gaming blogs. Games like The Legend of Zelda and Final Fantasy created alternate worlds and intricate story lines, providing multiple-hour epic adventures.

Long criticized for taking kids out of the backyard and into a sedentary spot in front of the TV, many video games have circled back to their simpler origins and, in doing so, have made players more active. Casual gamers who could quickly figure out how to put together puzzle pieces in Tetris can now just as easily figure out how to “swing” a tennis racket with a Wiimote. Video games are no longer a convenient scapegoat for America’s obesity problems; Wii Fit offers everything from yoga to boxing, and Dance Dance Revolution estimates calories burned while players dance.

The logistics of video games continue to change, and as they do, gaming has begun to intersect with every other part of culture. Players can learn how to “perform” their favorite songs with Guitar Hero and Rock Band. Product placement akin to what is seen in movies and on TV is equally prevalent in video games such as the popular Forza Motorsport or FIFA series. As the Internet allows for players across the world to participate simultaneously, video games have the potential to one day look like competitive reality shows (Dolan). Arguably, video games even hold a place in the art world, with the increasing complexity of animation and story lines (Tres Kap).

And now, with endless possibilities for the future, video games are attracting new and different demographics. Avid players who grew up with video games may be the first ones to purchase 3-D televisions for the 3-D games of the future (Williams, 2010). But casual players, perhaps of an older demographic, will be drawn to the simplicity of a game like Wii Bowling. Video games have become more accessible than ever. Social media websites like Facebook offer free video game applications, and smartphone users can download apps for as little as a dollar, literally putting video games in one’s back pocket. Who needs a cumbersome Scrabble board when it’s available on a touch screen anytime, anywhere?

Video games have become ubiquitous in modern culture. Understanding them as a medium allows a fuller understanding of their implications in the realms of entertainment, information, and communication. Studying their history reveals new perspectives on the ways video games have affected mainstream culture.

Tres Kap, Jona. “The Video Game Revolution: But is it Art?” PBS, http://www.pbs.org/kcts/videogamerevolution/impact/art.html.