The chapters to come will provide an in-depth look at many kinds of media, at how media trends are reshaping the United States’ cultural landscape, and at how that culture shapes media in turn. These topics will be explored through an examination of mass media and mass communication both past and present—and speculation about what the future might look like.

First, it is important to distinguish between mass communication and mass media and to attempt a working definition of culture. Mass communication refers to information transmitted to large segments of the population. The transmission of mass communication may happen using one or many different kinds of media (singular medium), which is the means of transmission, whether print, digital, or electronic. Mass media specifically refers to a means of communication that is designed to reach a wide audience. Mass media platforms are commonly considered to include radio, newspapers, magazines, books, video games, and Internet media such as blogs, podcasts, and video sharing. Another way to consider the distinction is that a mass media message may be disseminated through several forms of mass media, such as an ad campaign with television, radio, and Internet components. Culture generally refers to the shared values, attitudes, beliefs, and practices that characterize a social group, organization, or institution. Just as it is difficult to pin down an exact definition of culture, cultures themselves can be hard to draw boundaries around, as they are fluid, diverse, and often overlapping. 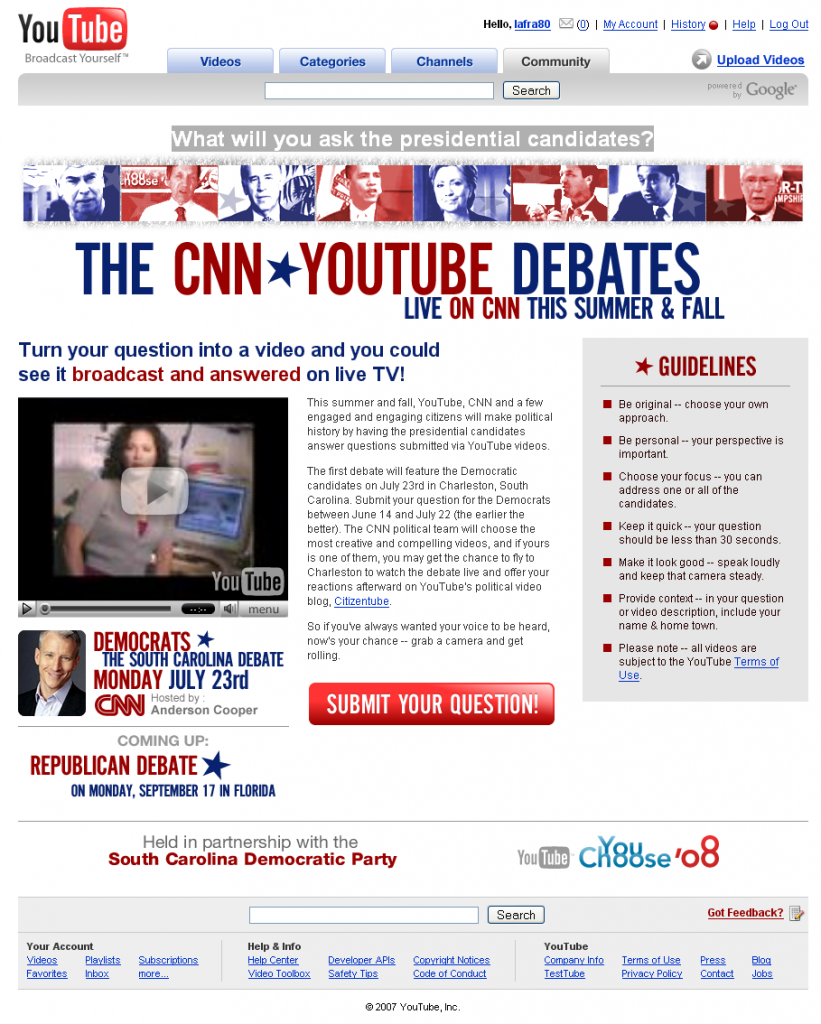 Throughout U.S. history, evolving media technologies have changed the way we relate socially, economically, and politically. In 2007, for example, a joint venture between the 24-hour news network CNN and the video-sharing site YouTube allowed voters to pose questions directly to presidential candidates in two televised debates. Voters could record their questions and upload them to YouTube, and a selection of these videos were then chosen by the debate moderators and played directly to the presidential candidates. This new format opened up the presidential debates to a much wider array of people, allowing for greater voter participation than has been possible in the past, where questions were posed solely by journalists or a few carefully chosen audience members.

In today’s wired world of smartphones and streaming satellite feeds, our expectations of our leaders, celebrities, teachers, and even ourselves are changing in even more drastic ways. This book provides you with the context, tools, and theories to engage with the world of mass media through an examination of the history, theory, and effects of media practices and roles in America. This book also provides you with the framework to consider some of the crucial issues affecting media and culture in today’s world.

Read the following questions about media and culture: