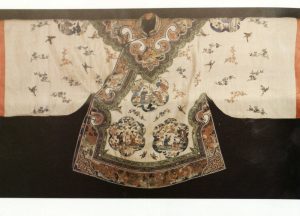 This jacket, held at the Jordan Schnitzer Museum of Art at the University of Oregon, is embroidered with scenes from both Dream of the Red Chamber and a popular drama, The White Snake, another story of ill-fated lovers.  The plot of White Snake revolves around a snake who takes the form of a human woman and marries a human man. The details of how her true form is revealed vary, but there is no happy ending.  Wilt Idema has translated one version of the story in The White Snake and Her  Son (Hackett, 2009). 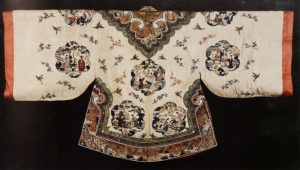 The two details below are from the front of the jacket.  The one on the left shows Baoyu playing the qin.  Note that he is wearing his characteristic headdress with the red ornament.  He is indoors.  Outdoors, an unidentified listener enjoys the music.  The second detail shows Daiyu burying flowers. 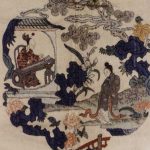 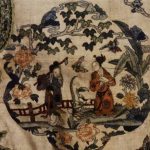 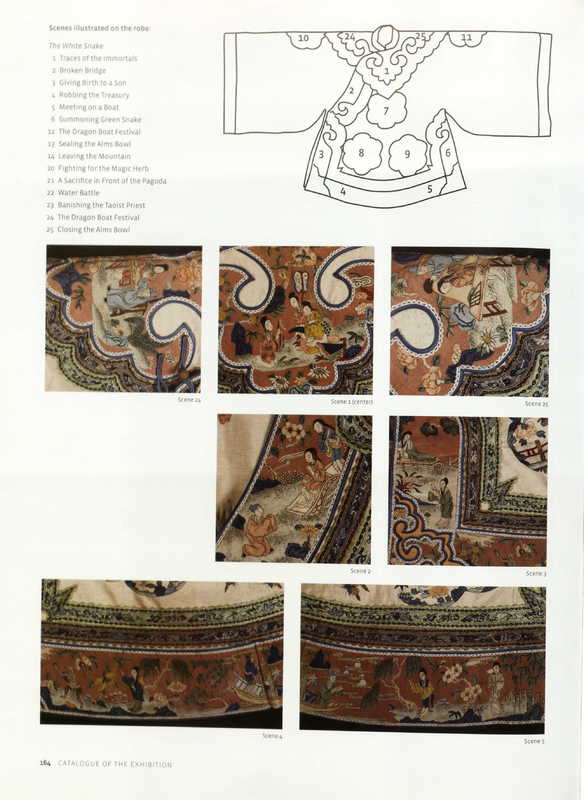 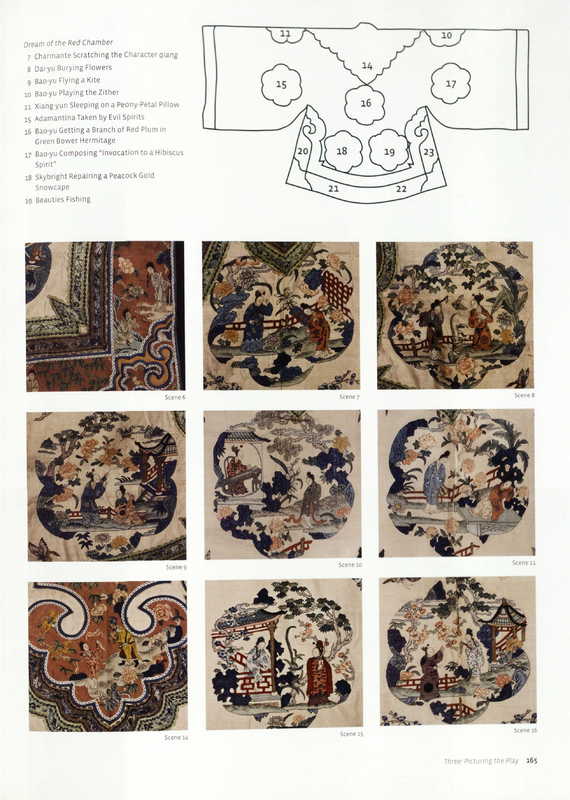 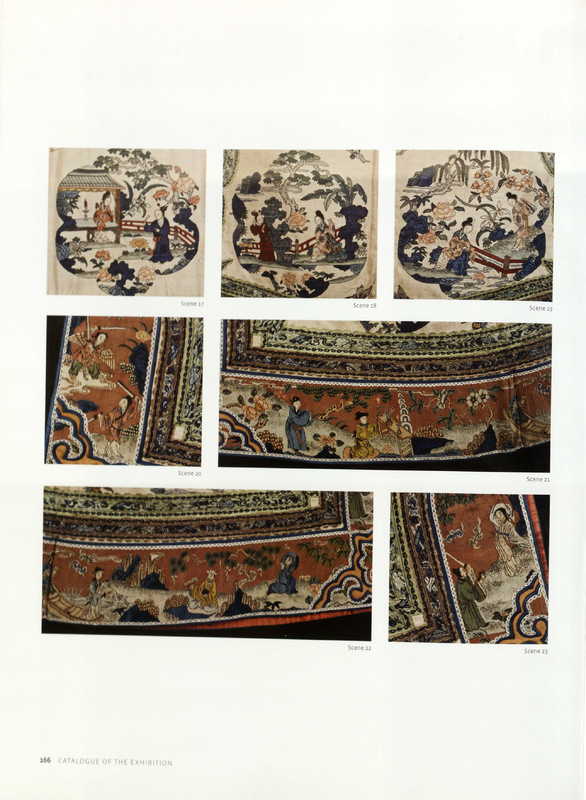