When pursuing a vertical integration strategy, a firm gets involved in new portions of the value chain (Table 8.3 “Vertical Integration at American Apparel”). This approach can be very attractive when a firm’s suppliers or buyers have too much power over the firm and are becoming increasingly profitable at the firm’s expense. By entering the domain of a supplier or a buyer, executives can reduce or eliminate the leverage that the supplier or buyer has over the firm. Considering vertical integration alongside Porter’s five forces model highlights that such moves can create greater profit potential. Firms can pursue vertical integration on their own, such as when Apple opened stores bearing its brand, or through a merger or acquisition, such as when eBay purchased PayPal.

In the late 1800s, Carnegie Steel Company was a pioneer in the use of vertical integration. The firm controlled the iron mines that provided the key ingredient in steel, the coal mines that provided the fuel for steelmaking, the railroads that transported raw material to steel mills, and the steel mills themselves. Having control over all elements of the production process ensured the stability and quality of key inputs. By using vertical integration, Carnegie Steel achieved levels of efficiency never before seen in the steel industry.

When using vertical integration, firms get involved in different elements of the value chain. This concept gets top billing at American Apparel, a firm that describes its business model as “vertically integrated manufacturing.” The elements of their integrated process for designing, manufacturing, wholesaling, and selling basic T-shirts, underwear, leggings, dresses, and other clothing and accessories for men, women, children, and dogs is illustrated below.

Today, oil companies are among the most vertically integrated firms. Firms such as ExxonMobil and ConocoPhillips can be involved in all stages of the value chain, including crude oil exploration, drilling for oil, shipping oil to refineries, refining crude oil into products such as gasoline, distributing fuel to gas stations, and operating gas stations.

The risk of not being vertically integrated is illustrated by the 2010 Deepwater Horizon oil spill in the Gulf of Mexico. Although the US government held BP responsible for the disaster, BP cast at least some of the blame on drilling rig owner Transocean and two other suppliers: Halliburton Energy Services (which created the cement casing for the rig on the ocean floor) and Cameron International Corporation (which had sold Transocean blowout prevention equipment that failed to prevent the disaster). In April 2011, BP sued these three firms for what it viewed as their roles in the oil spill. 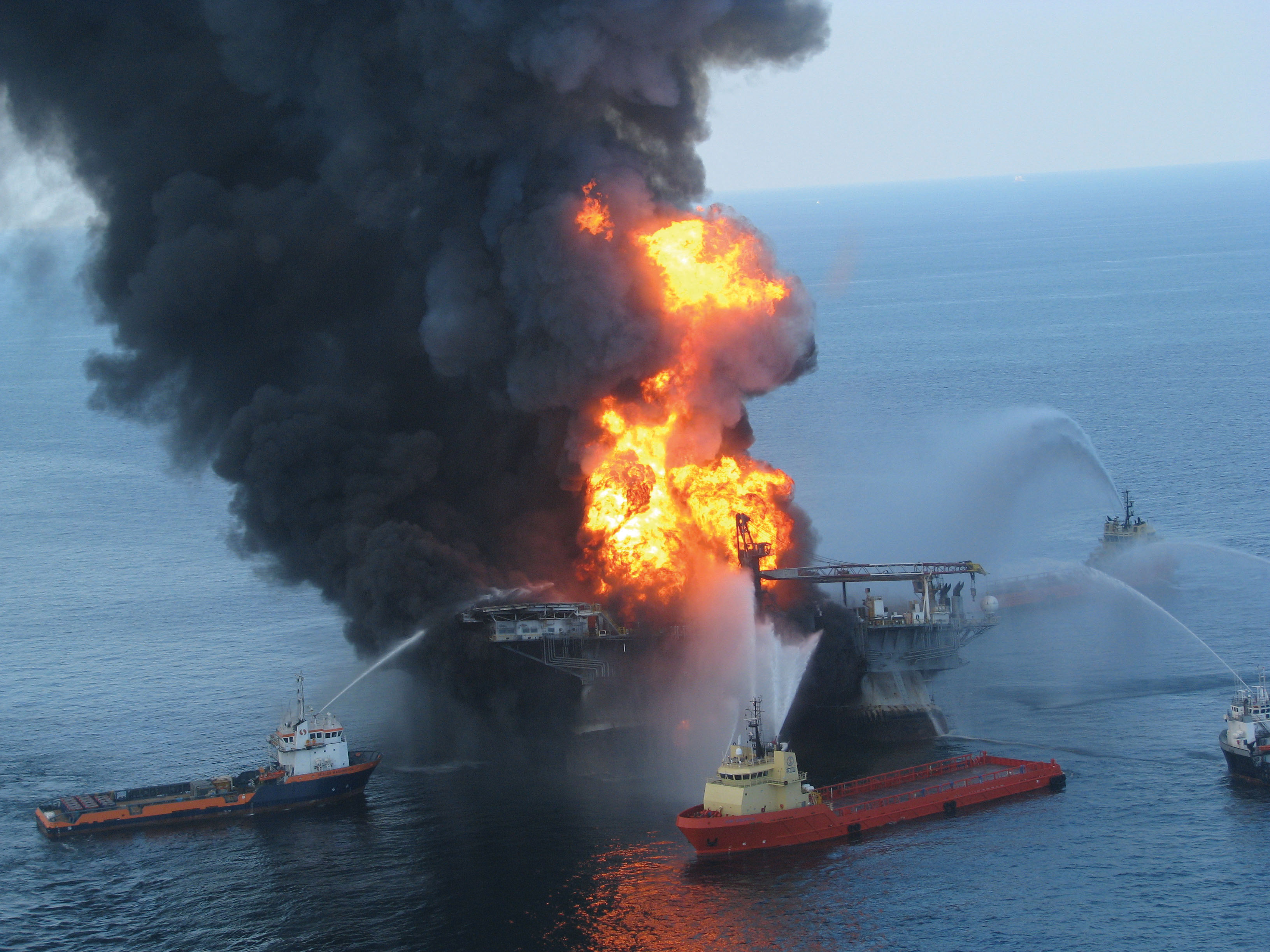 The 2010 explosion of the Deepwater Horizon oil rig cost eleven lives and released nearly five million barrels of crude oil into the Gulf of Mexico.

Vertical integration also creates risks. Venturing into new portions of the value chain can take a firm into very different businesses. A lumberyard that started building houses, for example, would find that the skills it developed in the lumber business have very limited value to home construction. Such a firm would be better off selling lumber to contractors.

Vertical integration can also create complacency. Consider, for example, a situation in which an aluminum company is purchased by a can company. People within the aluminum company may believe that they do not need to worry about doing a good job because the can company is guaranteed to use their products. Some companies try to avoid this problem by forcing their subsidiary to compete with outside suppliers, but this undermines the reason for purchasing the subsidiary in the first place.

A backward vertical integration strategy involves a firm moving back along the value chain and entering a supplier’s business. Some firms use this strategy when executives are concerned that a supplier has too much power over their firms. In the early days of the automobile business, Ford Motor Company created subsidiaries that provided key inputs to vehicles such as rubber, glass, and metal. This approach ensured that Ford would not be hurt by suppliers holding out for higher prices or providing materials of inferior quality. 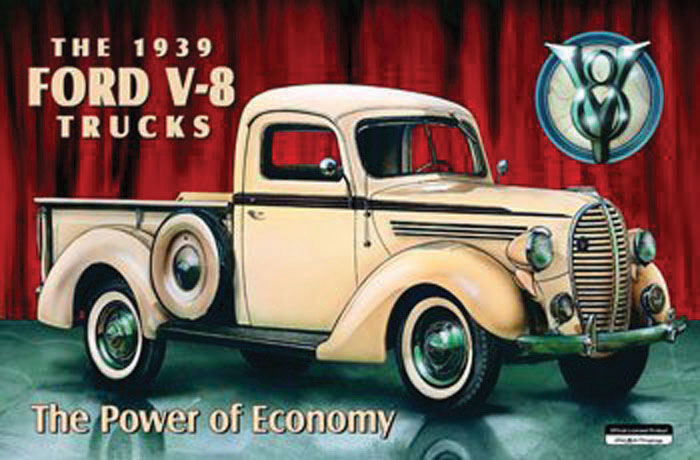 To ensure high quality, Ford relied heavily on backward vertical integration in the early days of the automobile industry.

Although backward vertical integration is usually discussed within the context of manufacturing businesses, such as steelmaking and the auto industry, this strategy is also available to firms such as Disney that compete within the entertainment sector. ESPN is a key element of Disney’s operations within the television business. Rather than depend on outside production companies to provide talk shows and movies centered on sports, ESPN created its own production company. ESPN Films is a subsidiary of ESPN that was created in 2001. ESPN Films has created many of ESPN’s best-known programs, including Around the Horn and Pardon the Interruption. By owning its own production company, ESPN can ensure that it has a steady flow of programs that meet its needs.

A forward vertical integration strategy involves a firm moving further down the value chain to enter a buyer’s business. Disney has pursued forward vertical integration by operating more than three hundred retail stores that sell merchandise based on Disney’s characters and movies. This allows Disney to capture profits that would otherwise be enjoyed by another store. Each time a Hannah Montana book bag is sold through a Disney store, the firm makes a little more profit than it would if the same book bag were sold by a retailer such as Target.

Forward vertical integration also can be useful for neutralizing the effect of powerful buyers. Rental car agencies are able to insist on low prices for the vehicles they buy from automakers because they purchase thousands of cars. If one automaker stubbornly tries to charge high prices, a rental car agency can simply buy cars from a more accommodating automaker. It is perhaps not surprising that Ford purchased Hertz Corporation, the world’s biggest rental car agency, in 1994. This ensured that Hertz would not drive too hard of a bargain when buying Ford vehicles. By 2005, selling vehicles to rental car companies had become less important to Ford and Ford was struggling financially. The firm then reversed its forward vertical integration strategy by selling Hertz. 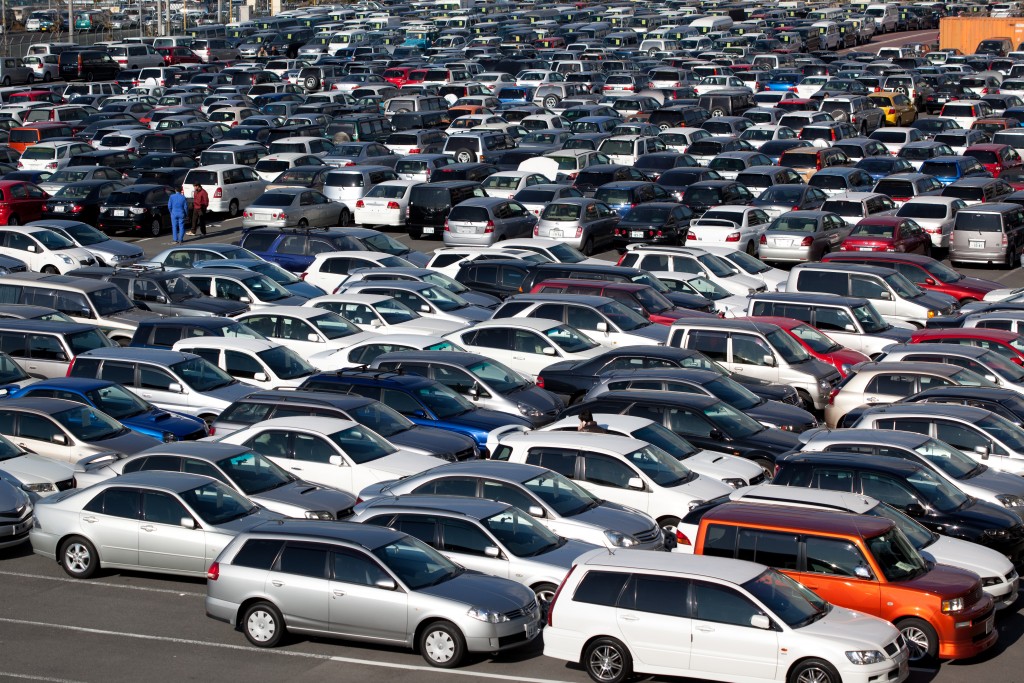 eBay’s purchase of PayPal and Apple’s creation of Apple Stores are two recent examples of forward vertical integration. Despite its enormous success, one concern for eBay is that many individuals avoid eBay because they are nervous about buying and selling goods online with strangers. PayPal addressed this problem by serving, in exchange for a fee, as an intermediary between online buyers and sellers. eBay’s acquisition of PayPal signaled to potential customers that their online transactions were completely safe—eBay was now not only the place where business took place but eBay also protected buyers and sellers from being ripped off.

In contrast, Apple’s stores are popular in part because store employees are experts about Apple products. They can therefore provide customers with accurate and insightful advice about purchases and repairs. This is an important advantage that has been created through forward vertical integration.