After reading this chapter, you should be
able to understand and articulate answers to the following questions: 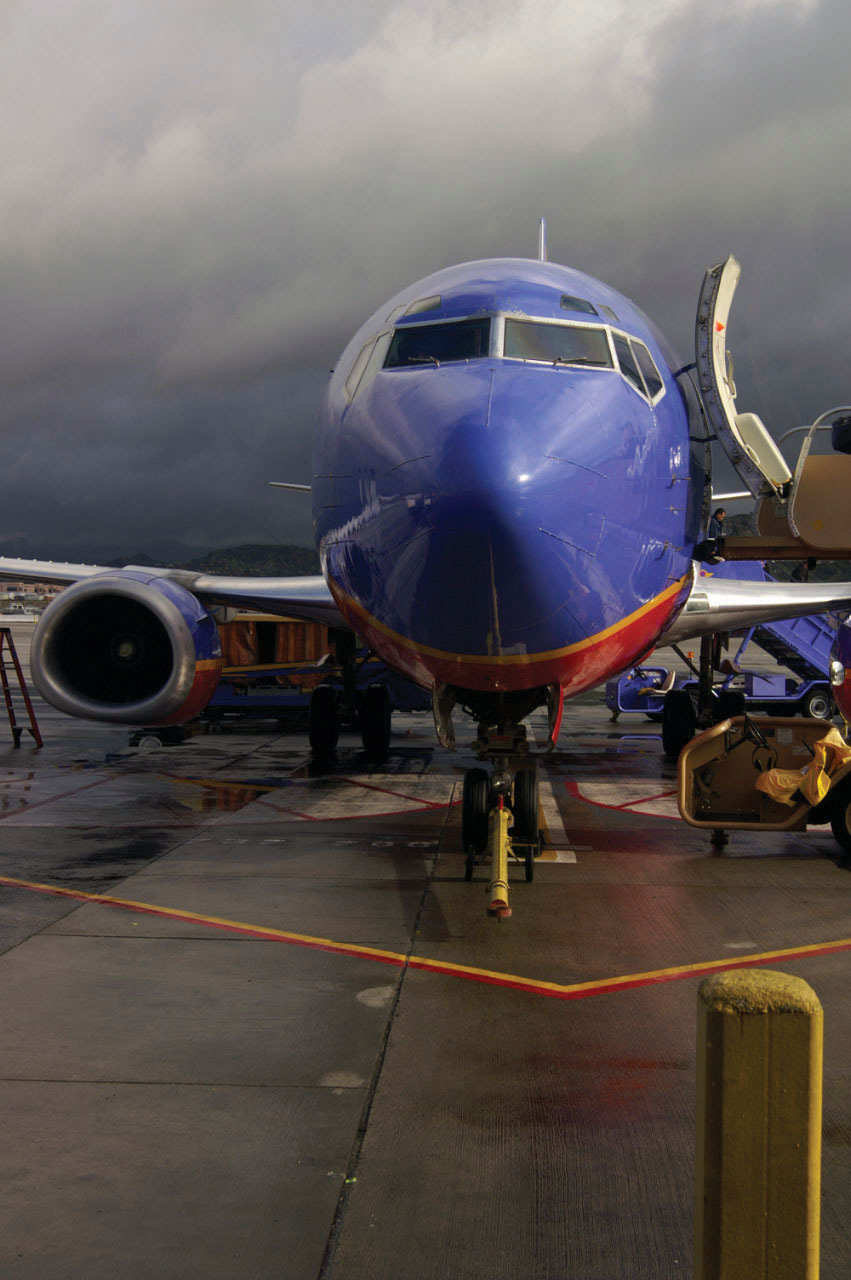 Southwest Airlines’ acquisition of AirTran in 2011 may lead the
firm into stormy skies.

In 1971, an upstart firm named Southwest Airlines opened for business by offering flights between Houston, San Antonio, and its headquarters at Love Field in Dallas. From its initial fleet of three airplanes and three destinations, Southwest has grown to operate hundreds of airplanes in scores of cities. Despite competing in an industry that is infamous for bankruptcies and massive financial losses, Southwest marked its thirty-eighth profitable year in a row in 2010.

Why has Southwest succeeded while many other airlines have failed? Historically, the firm has differed from its competitors in a variety of
important ways. Most large airlines use a “hub and spoke” system. This type of system routes travelers through a large hub airport on their way from one city to another. Many Delta passengers, for example, end a flight in Atlanta and then take a connecting flight to their actual destination. The inability to travel directly between most pairs of cities adds hours to a traveler’s itinerary and increases the chances of luggage being lost. In contrast, Southwest does not have a hub airport; preferring instead to connect cities directly. This helps make flying on Southwest attractive to many travelers.

Southwest has also been more efficient than its rivals. While most airlines use a variety of different airplanes, Southwest operates only one type of jet: the Boeing 737. This means that Southwest can service its fleet much more efficiently than can other airlines. Southwest mechanics need only the know-how to fix one type of airplane, for example, while their counterparts with other firms need a working knowledge of multiple planes. Southwest also gains efficiency by not offering seat assignments in advance, unlike its competitors. This makes the boarding process move more quickly, meaning that Southwest’s jets spend more time in the air transporting customers (and making money) and less time at the gate relative to its rivals’ planes.

Organizational culture is the dimension along which Southwest perhaps has differed most from its rivals. The airline industry as a whole suffers from a reputation for mediocre (or worse) service and indifferent (sometimes even surly) employees. In contrast, Southwest enjoys strong loyalty and a sense of teamwork among its employees.

One tangible indicator of this culture is Southwest’s stock ticker symbol. Most companies choose stock ticker symbols that evoke their names. Ford’s ticker symbol is F, for example, and Walmart’s symbol is WMT. When Southwest became a publicly traded company in 1977, executives chose LUV as its ticker symbol. LUV pays a bit of homage to the firm’s humble beginnings at Love Field. More important, however, LUV represents the love that executives have created among employees, between employees and the company, and between customers and the company. This “LUV affair” has long been and remains a huge success. As recently as March 2011, for example, Southwest was ranked fourth on Fortune magazine’s World’s Most Admired Company list.

In September 2010, Southwest surprised many observers when it announced that it was acquiring AirTran Airways for $1.4 billion. Southwest and AirTran both emphasized low fares, but they differed in many ways. AirTran routed most of its passengers through a hub-and-spoke system, and it relied on a different plane than Southwest, the Boeing 717. The acquisition of AirTran thus raised important questions about Southwest’s future (Schlangenstein & Hughes, 2010). How would AirTran’s hub-and-spoke system be integrated with Southwest’s nonhub approach? Could the airlines’ respective fleets of 737s and 717s be joined without losing efficiency? Perhaps most important, could Southwest maintain its legendary organizational culture while taking over a sizable rival and integrating AirTran’s thousands of employees? When the acquisition was finalized on May 2, 2011, it remained unclear whether Southwest was flying off course or whether Southwest’s “LUV story” would continue for many years.