The Nature of the Differentiation Strategy

A famous cliché contends that “you get what you pay for.” This saying captures the essence of a differentiation strategy. A firm following a differentiation strategy attempts to convince customers to pay a premium price for its good or services by providing unique and desirable features (Table 5.4 “Differentiation”). The message that such a firm conveys to customers is that you will pay a little bit more for our offerings, but you will receive a good value overall because our offerings provide something special.

In terms of the two competitive dimensions described by Michael Porter, using a differentiation strategy means that a firm is competing based on uniqueness rather than price and is seeking to attract a broad market (Porter, 1980). Coleman camping equipment offers a good example. If camping equipment such as sleeping bags, lanterns, and stoves fail during a camping trip, the result will be, well, unhappy campers. Coleman’s sleeping bags, lanterns, and stoves are renowned for their reliability and durability. Cheaper brands are much more likely to have problems. Lovers of the outdoors must pay more to purchase Coleman’s goods than they would to obtain lesser brands, but having equipment that you can count on to keep you warm and dry is worth a price premium in the minds of most campers. 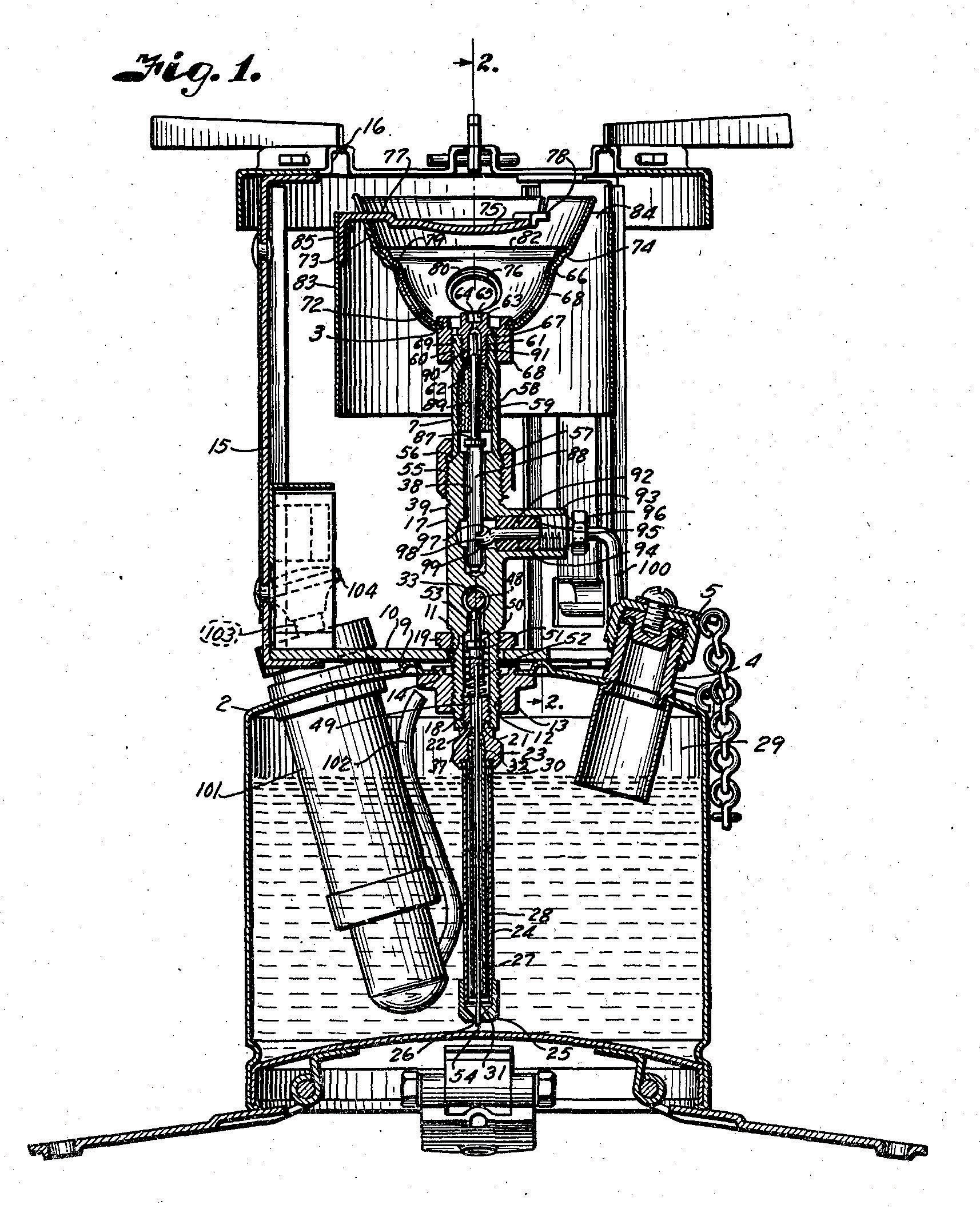 Coleman’s patented stove was originally developed for use by soldiers during World War II. Seven decades later, the Coleman Stove remains a must-have item for campers.

Successful use of a differentiation strategy depends on not only offering unique features but also communicating the value of these features to potential customers. As a result, advertising in general and brand building in particular are important to this strategy. Few goods are more basic and generic than table salt. This would seemingly make creating a differentiated brand in the salt business next to impossible. Through clever marketing, however, Morton Salt has done so. Morton has differentiated its salt by building a brand around its iconic umbrella girl and its trademark slogan of “When it rains, it pours.” Would the typical consumer be able to tell the difference between Morton Salt and cheaper generic salt in a blind taste test? Not a chance. Yet Morton succeeds in convincing customers to pay a little extra for its salt through its brand-building efforts.

FedEx and Nike are two other companies that have done well at communicating to customers that they provide differentiated offerings. FedEx’s former slogan “When it absolutely, positively has to be there overnight” highlights the commitment to speedy delivery that sets the firm apart from competitors such as UPS and the US Postal Service. Nike differentiates its athletic shoes and apparel through its iconic “swoosh” logo as well as an intense emphasis on product innovation through research and development.

Express Oil Change and Service Centers is a chain of auto repair shops that stretches from Florida to Texas. Based in Birmingham, Alabama, the firm has more than 170 company-owned and franchised locations under its brand. Express Oil Change tries to provide a unique level of service, and the firm is content to let rivals offer cheaper prices. We asked an Express Oil Change executive about his firm (Ketchen & Short, 2010).

Question:
The auto repair and maintenance business is a pretty competitive space. How is Express Oil Change being positioned relative to other firms, such as Super Lube, American LubeFast, and Jiffy Lube?

Don Larose, Senior Vice President of Franchise Development:
Every good business sector is competitive. The key to our success is to be more convenient and provide a better overall experience for the customer. Express Oil Change and Service Centers outperform the industry significantly in terms of customer transactions per day and store sales, for a host of reasons.

In terms of customer convenience, Express Oil Change is faster than most of our competitors—we do a ten-minute oil change while the customer stays in the car. Mothers with kids in car seats especially enjoy this feature. We also do mechanical work that other quick lube businesses don’t do. We change and rotate tires, do brake repairs, air conditioning, tune ups, and others. There is no appointment necessary for many mechanical services like tire rotation and balancing, and checking brakes. So, overall, we are more convenient than most of our competitors.

We think incentives are very important. We use a payroll system that provides incentives to the store staff on how many cars are serviced each day and on the total sales of the store, rather than on increasing the average transactions by selling the customer items they did not come in for, which is what most of the industry does. We don’t sell customers things they don’t yet need, like air filters and radiator flushes. We focus on building trust, by acting with integrity, to get the customer to come back and build the daily car count. This philosophy is not a slogan for us. It is how we operate with every customer, in every store, every day.

The placement of our outlets is another key factor. We place our stores in A-caliber retail locations. These are lots that may cost more than our competitors are willing or able to pay. We get what we pay for though; we have approximately 41% higher sales per store than the industry average.

Question:
What is the strangest interaction you’ve ever had with a potential franchisee?

Larose:
I once had a franchisee candidate in New Jersey respond to a request by us for proof of his liquid assets by bringing to the interview about $100,000 in cash to the meeting. He had it in a bag, with bundles of it wrapped in blue tape. Usually, folks just bring in a copy of a bank or stock statement. Not sure why he had so much cash on hand, literally, and I didn’t want to know. He didn’t become a franchisee. 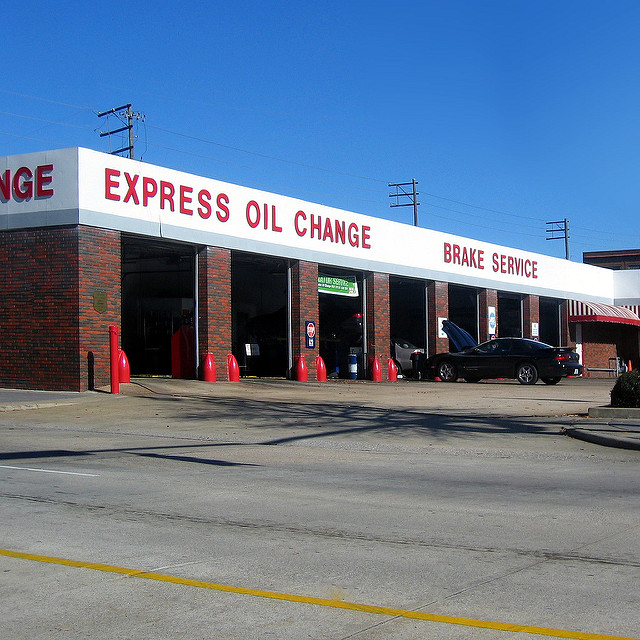 A differentiation strategy offers important advantages and disadvantages for firms that adopt it. Below we illustrate a few examples in relation to an often differentiated product–women’s handbags.

Advantages and Disadvantages of Differentiation

Each generic strategy offers advantages that firms can potentially leverage to enjoy strong performance, as well as disadvantages that may damage their performance. In the case of differentiation, a key advantage is that effective differentiation creates an ability to obtain premium prices from customers (Table 5.5 “Executing a Differentiation Strategy”). This enables a firm to enjoy strong profit margins. Coca-Cola, for example, currently enjoys a profit margin of approximately 33 percent, meaning that about thirty-three cents of every dollar it collects from customers is profit. In comparison, Walmart’s cost leadership strategy delivered a margin of under 4 percent in 2010.

In turn, strong margins mean that the firm does not need to attract huge numbers of customers to have a good overall level of profit. Luckily for Coca-Cola, the firm does attract a great many buyers. Overall, the firm made a profit of just under $12 billion on sales of just over $35 billion in 2010. Interestingly, Walmart’s profits were only 25 percent higher ($15 billion) than Coca-Cola’s while its sales volume ($421 billion) was twelve times as large as Coca-Cola’s.1 This comparison of profit margins and overall profit levels illustrates why a differentiation strategy is so attractive to many firms.

To the extent that differentiation remains in place over time, buyer loyalty may be created. Loyal customers are very desirable because they are not price sensitive. In other words, buyer loyalty makes a customer unlikely to switch to another firm’s products if that firm tries to steal the customer away through lower prices. Many soda drinkers are fiercely loyal to Coca-Cola’s products. Coca-Cola’s headquarters are in Atlanta, and loyalty to the firm is especially strong in Georgia and surrounding states. Pepsi and other brands have a hard time convincing loyal Coca-Cola fans to buy their beverages, even when offering deep discounts. This helps keep Coca-Cola’s profits high because the firm does not have to match any promotions that its rivals launch to keep its customers.

Meanwhile, Pepsi also has attracted a large set of brand-loyal customers that Coca-Cola struggles to steal. This enhances Pepsi’s profits. In contrast, store-brand sodas such as Sam’s Choice (which is sold at Walmart) seldom attract loyalty. As a result, they must be offered at very low prices to move from store shelves into shopping carts.

The big risk when using a differentiation strategy is that customers will not be willing to pay extra to obtain the unique features that a firm is trying to build its strategy around. In 2007, department store Dillard’s stopped carrying men’s sportswear made by Nautica because the seafaring theme of Nautica’s brand had lost much of its cache among many men (Kapner, 2007). Because Nautica’s uniqueness had eroded, Dillard’s believed that space in its stores that Nautica had been occupying could be better allocated to other brands.

In some cases, customers may simply prefer a cheaper alternative. For example, products that imitate the look and feel of offerings from Ray-Ban, Tommy Bahama, and Coach are attractive to many value-conscious consumers. Firms such as these must work hard at product development and marketing to ensure that enough customers are willing to pay a premium for their goods rather than settling for knockoffs.

In other cases, customers desire the unique features that a firm offers, but competitors are able to imitate the features well enough that they are no longer unique. If this happens, customers have no reason to pay a premium for the firm’s offerings. IBM experienced the pain of this scenario when executives tried to follow a differentiation strategy in the personal computer market. The strategy had worked for IBM in other areas. Specifically, IBM had enjoyed a great deal of success in the mainframe computer market by providing superior service and charging customers a premium for their mainframes. A business owner who relied on a mainframe to run her company could not afford to have her mainframe out of operation for long. Meanwhile, few businesses had the skills to fix their own mainframes. IBM’s message to customers was that they would pay more for IBM’s products but that this was a good investment because when a mainframe needed repairs, IBM would provide faster and better service than its competitors could. The customer would thus be open for business again very quickly after a mainframe failure.

This positioning failed when IBM used it in the personal computer market. Rivals such as Dell were able to offer service that was just as good as IBM’s while also charging lower prices for personal computers than IBM charged. From a customer’s perspective, a person would be foolish to pay more for an IBM personal computer since IBM did not offer anything unique. IBM steadily lost market share as a result. By 2005, IBM’s struggles led it to sell its personal computer business to Lenovo. The firm is still successful, however, within the mainframe market where its offerings remain differentiated. 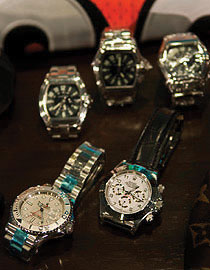 Firms following a differentiation strategy must “watch” out for counterfeit goods such as the faux Rolexes shown here.