Table 5.11 Stuck in the Middle

A firm is said to be stuck in the middle if it does not offer features that are unique enough to convince customers to buy its offerings and its prices are too high to effectively compete on based on price. Firms that are stuck in the middle generally perform poorly because they lack a clear market or competitive pricing. Several examples of such firms are illustrated below.

Stuck in the Middle: Neither Inexpensive nor Differentiated

Some firms fail to effectively pursue one of the generic strategies. A firm is said to be stuck in the middle if it does not offer features that are unique enough to convince customers to buy its offerings, and its prices are too high to compete effectively based on price (Table 5.11 “Stuck in the Middle”). Arby’s appears to be a good example. Arby’s signature roast beef sandwiches are neither cheaper than other fast-food sandwiches nor standouts in taste. Firms that are stuck in the middle generally perform poorly because they lack a clear market or competitive pricing. Perhaps not surprisingly, parent company Wendy’s has been trying to sell Arby’s despite having recently acquired the company in 2008. Stockholders apparently agreed with the plan to cut Arby’s loose—the price of Wendy’s stock rose 7 percent the day the plan was announced (McWilliams, 2011).

Doing Everything Means Doing Nothing Well

Michael Porter has noted that strategy is as much about executives deciding what a firm is not going to do as it is about deciding what the firm is going to do (Porter, 1996). In other words, a firm’s business-level strategy should not involve trying to serve the varied needs of different segment of customers in an industry. No firm could possibly pull this off. 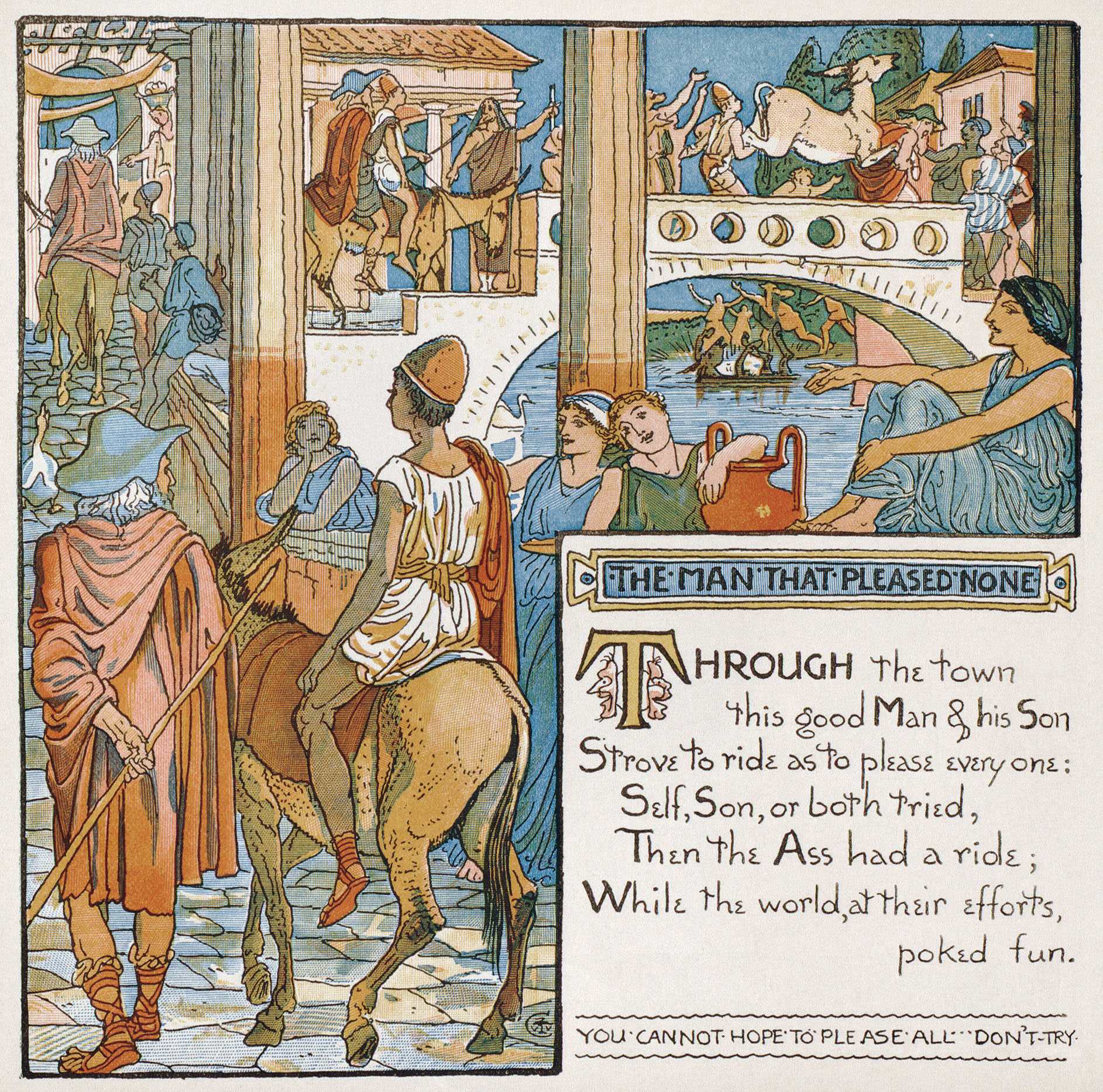 This illustration from 1887 captures the lesson of Aesop’s fable “The Miller, His Son, and Their Ass”—a lesson that executives need to follow.

The fable “The Miller, His Son, and Their Ass” told by the ancient Greek storyteller Aesop helps illustrate this idea. In this tale, a miller and his son were driving their ass (donkey) to market for sale. They soon encountered a group of girls who mocked them for walking instead of riding. The father then told his son to ride the animal. Not long after, father and son overheard a man claim that young people had no respect for the elderly. On hearing this opinion, the father told the boy to dismount the animal and he began to ride. They progressed a short distance farther and met a company of women and children. Several of the women suggested that it was both ridiculous and lazy for the father to ride while the young son was forced to walk alone; once again the two changed positions. Another bystander suggested that they could not believe that the man was the owner of the beast, judging from the way it was weighted down. In fact, it would make more sense for the man and his son to carry the ass. On hearing this, the father and his son tied the animal’s legs together and carried it on a pole. As they crossed a bridge near town, the townspeople began to gather and laugh at the unorthodox sight. The noise and the chaos frightened the beast, leading it to thrash around until it tumbled into the river. With tongue in cheek, we note that the moral of the story is that if you try to please everyone, you may lose your ass (Short & Ketchen, 2005).

Getting Outmaneuvered by Competitors

In many cases, firms become stuck in the middle not because executives fail to arrive at a well-defined strategy but because firms are simply outmaneuvered by their rivals. After six decades as an electronics retailer, Circuit City went out of business in 2009. The firm had simply lost its appeal to customers. Rival electronics retailer Best Buy offered comparable prices to Circuit City’s prices, but the former offered much better customer service. Meanwhile, the service offered by discount retailers such as Walmart and Target on electronics were no better that Circuit City’s, but their prices were better.

The results were predictable—customers who made electronics purchases based on the service they received went to Best Buy, and value-driven buyers patronized Walmart and Target. Circuit City’s demise was probably inevitable because it lacked a competitive advantage within the electronics business. Although Target was on the winning end of this battle, Target executives need to worry that their firm could become stuck in the middle between Walmart’s better prices on one side and the trendiness of specialty shops on the other.

At its peak in the mid-2000s, Movie Gallery operated approximately 4,700 video rental stores. By 2010, the firm was dead. This rapid demise can be traced to the firm becoming outmaneuvered by Netflix. When Netflix began offering inexpensive DVD rentals through the mail, customers defected in droves from Movie Gallery and other video rental stores such as Blockbuster. Netflix customers were delighted by the firm’s low prices, vast selection, and the convenience of not having to visit a store to select and return videos. Movie Gallery was stuck in the middle—its prices were higher than those of Netflix, and Netflix’s service was superior. Once individuals lacked a compelling reason to be Movie Gallery customers, the firm’s fate was sealed. 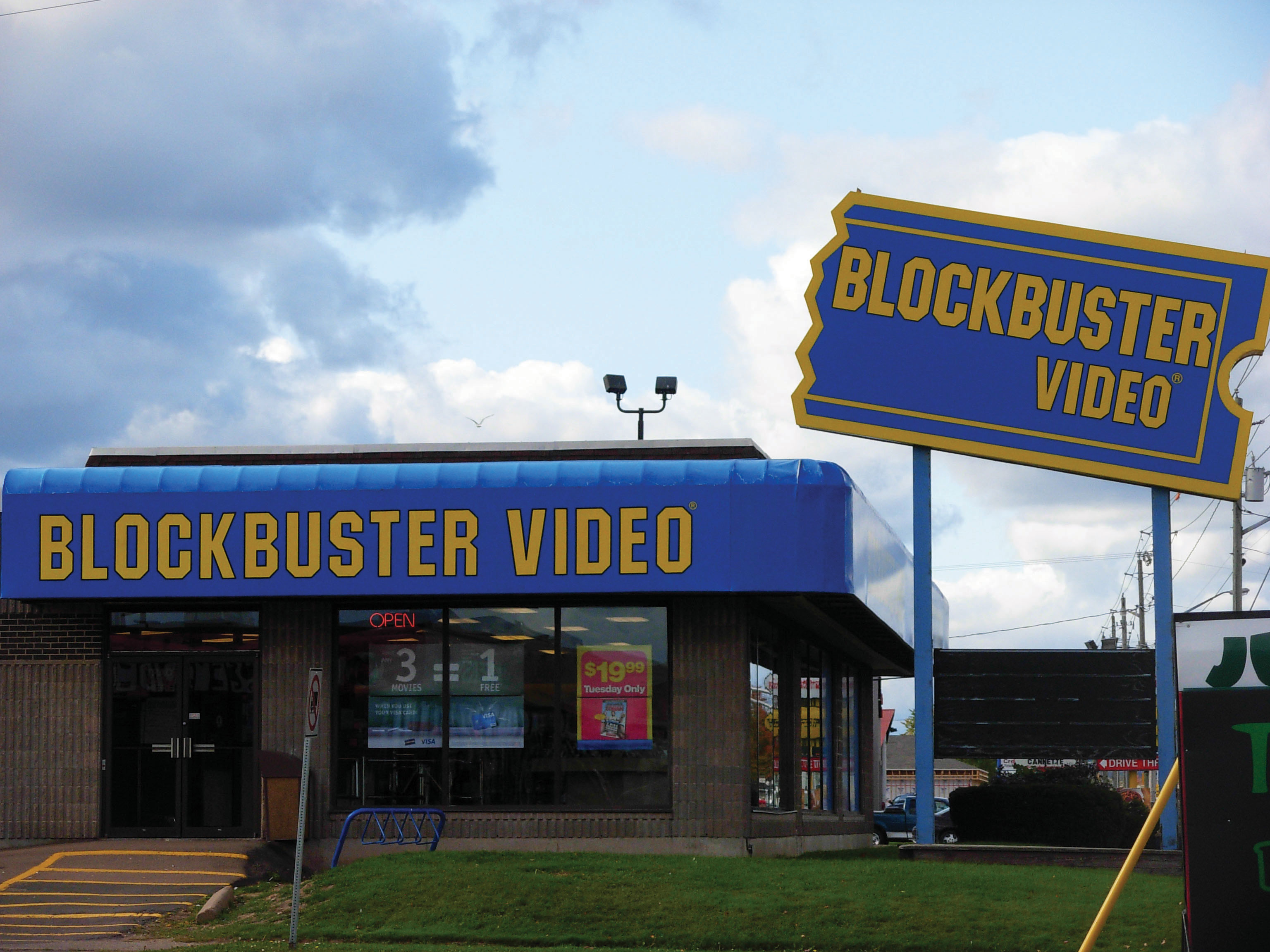 Netflix and Redbox have left video rental stores such as Movie Gallery and Blockbuster stuck in the middle. Blockbuster filed for bankruptcy in late 2010.