The Importance of Vision

“Good business leaders create a vision, articulate the vision, passionately own the vision, and relentlessly drive it to completion.”

As the quote from Jack Welch suggests, a vision is one key tool available to executives to inspire the people in an organization (Table 2.1 “The Big Picture: Organizational Vision”). An organization’s vision describes what the organization hopes to become in the future. Well-constructed visions clearly articulate an organization’s aspirations. Avon’s vision is “to be the company that best understands and satisfies the product, service, and self-fulfillment needs of women—globally.” This brief but powerful statement emphasizes several aims that are important to Avon, including excellence in customer service, empowering women, and the intent to be a worldwide player. Like all good visions, Avon sets a high standard for employees to work collectively toward. Perhaps no vision captures high standards better than that of aluminum maker Alcoa. This firm’s very ambitious vision is “to be the best company in the world—in the eyes of our customers, shareholders, communities and people.” By making clear their aspirations, Alcoa’s executives hope to inspire employees to act in ways that help the firm become the best in the world.

The results of a survey of one thousand five hundred executives illustrate how the need to create an inspiring vision creates a tremendous challenge for executives. When asked to identify the most important characteristics of effective strategic leaders, 98 percent of the executives listed “a strong sense of vision” first. Meanwhile, 90 percent of the executives expressed serious doubts about their own ability to create a vision (Quigley, 1994). Not surprisingly, many organizations do not have formal visions. Many organizations that do have visions find that employees do not embrace and pursue the visions. Having a well-formulated vision employees embrace can therefore give an organization an edge over its rivals.

An organization’s vision describes what the organization hopes to become in the future. Visions highlight the values and aspirations that lay at the heart of the organization. Although visions statements have the potential to inspire employees, customers, and other stakeholders, vision statements are relatively rare and good visions are even rarer. Some of the visions being pursued by businesses today are offered below.

In working to turnaround Starbucks, Howard Schultz sought to renew Starbucks’s commitment to its mission statement: “to inspire and nurture the human spirit—one person, one cup and one neighborhood at a time.” A mission such as Starbucks’s states the reasons for an organization’s existence. Well-written mission statements effectively capture an organization’s identity and provide answers to the fundamental question “Who are we?” While a vision looks to the future, a mission captures the key elements of the organization’s past and present (Table 2.2 “Missions”).

Organizations need support from their key stakeholders, such as employees, owners, suppliers, and customers, if they are to prosper. A mission statement should explain to stakeholders why they should support the organization by making clear what important role or purpose the organization plays in society. Google’s mission, for example, is “to organize the world’s information and make it universally accessible and useful.” Google pursued this mission in its early days by developing a very popular Internet search engine. The firm continues to serve its mission through various strategic actions, including offering its Internet browser Google Chrome to the online community, providing free e-mail via its Gmail service, and making books available online for browsing. 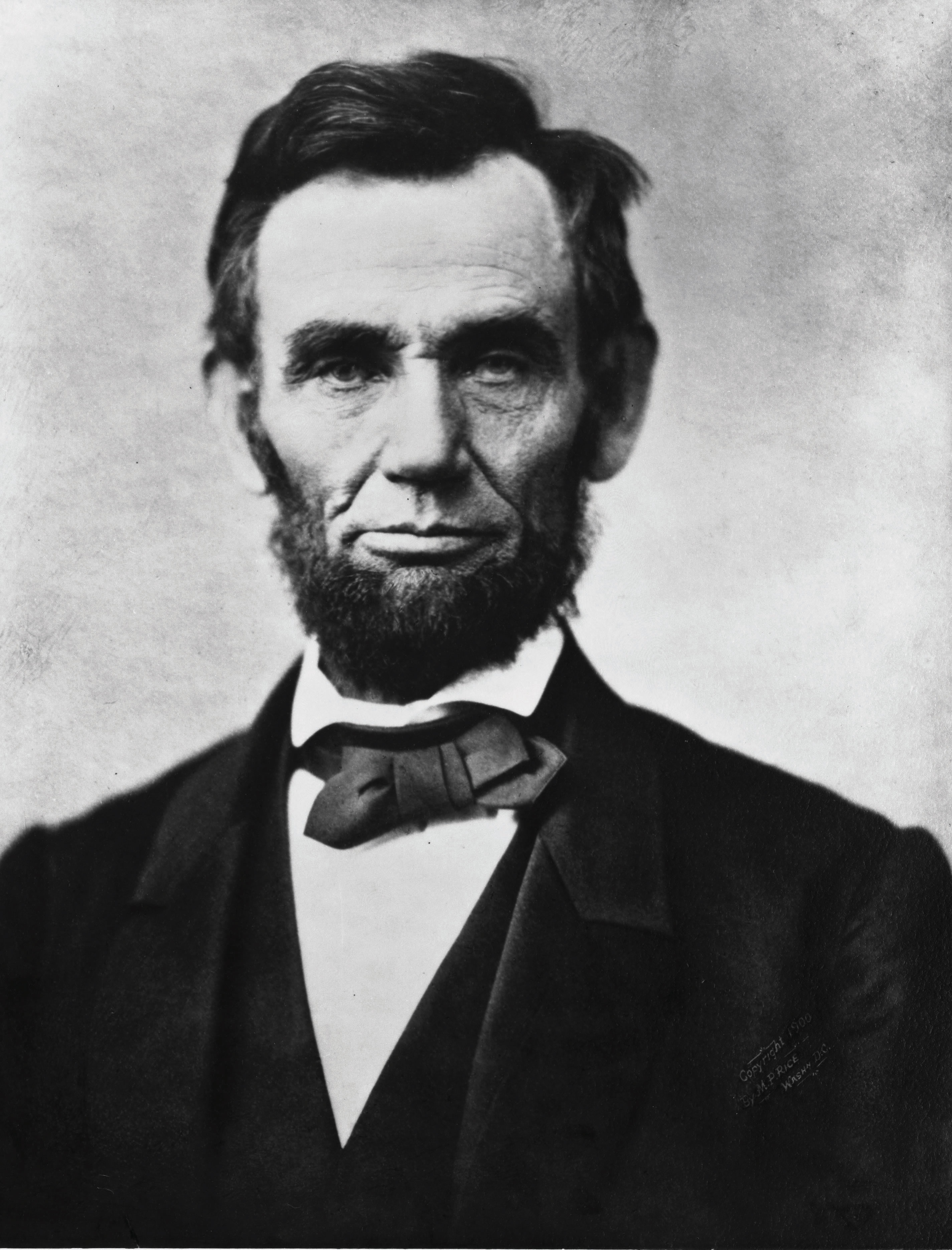 Many consider Abraham Lincoln to have been one of the greatest strategic leaders in modern history.

One of Abraham Lincoln’s best-known statements is that “a house divided against itself cannot stand.” This provides a helpful way of thinking about the relationship between vision and mission. Executives ask for trouble if their organization’s vision and mission are divided by emphasizing different domains. Some universities have fallen into this trap. Many large public universities were established in the late 1800s with missions that centered on educating citizens. As the twentieth century unfolded, however, creating scientific knowledge through research became increasingly important to these universities. Many university presidents responded by creating visions centered on building the scientific prestige of their schools. This created a dilemma for professors: Should they devote most of their time and energy to teaching students (as the mission required) or on their research studies (as ambitious presidents demanded via their visions)? Some universities continue to struggle with this trade-off today and remain houses divided against themselves. In sum, an organization is more effective to the extent that its vision and its mission target employees’ effort in the same direction.

Pursuing the Vision and Mission through SMART Goals

An organization’s vision and mission offer a broad, overall sense of the organization’s direction. To work toward achieving these overall aspirations, organizations also need to create goals—narrower aims that should provide clear and tangible guidance to employees as they perform their work on a daily basis. The most effective goals are those that are specific, measurable, aggressive, realistic, and time-bound. An easy way to remember these dimensions is to combine the first letter of each into one word: SMART (Table 2.3 “Creating SMART Goals”). Employees are put in a good position to succeed to the extent that an organization’s goals are SMART.

While missions and visions provide an overall sense of the organization’s direction, goals are narrower aims that should provide clear and tangible guidance to employees. The most effective goals are those that are SMART (specific, measurable, aggressive, realistic, and time-bound). SMART goals help provide clarity, transparency, and accountability. As detailed below, one SMART goal is Coca-Cola’s aim to “by 2012, improve our water efficiency by 20%, compared with a 2004 baseline.”

A goal is specific if it is explicit rather than vague. In May 1961, President John F. Kennedy proposed a specific goal in a speech to the US Congress: “I believe that this nation should commit itself to achieving the goal, before this decade is out, of landing a man on the moon and returning him safely to the earth (National Aeronautics and Space Administration).” Explicitness such as was offered in this goal is helpful because it targets people’s energy. A few moments later, Kennedy made it clear that such targeting would be needed if this goal was to be reached. Going to the moon, he noted, would require “a major national commitment of scientific and technical manpower, materiel and facilities, and the possibility of their diversion from other important activities where they are already thinly spread.” While specific goals make it clear how efforts should be directed, vague goals such as “do your best” leave individuals unsure of how to proceed.

A goal is measurable to the extent that whether the goal is achieved can be quantified. President Kennedy’s goal of reaching the moon by the end of the 1960s offered very simple and clear measurability: Either Americans would step on the moon by the end of 1969 or they would not. One of Coca-Cola’s current goals is a 20 percent improvement to its water efficiency by 2012 relative to 2004 water usage. Because water efficiency is easily calculated, the company can chart its progress relative to the 20 percent target and devote more resources to reaching the goal if progress is slower than planned.

A goal is aggressive if achieving it presents a significant challenge to the organization. A series of research studies have demonstrated that performance is strongest when goals are challenging but attainable. Such goals force people to test and extend the limits of their abilities. This can result in reaching surprising heights. President Kennedy captured this theme in a speech in September 1962: “We choose to go to the moon. We choose to go to the moon in this decade…not because [it is] easy, but because [it is] hard, because that goal will serve to organize and measure the best of our energies and skills.”

In the case of Coca-Cola, reaching a 20 percent improvement will require a concerted effort, but the goal can be achieved. Meanwhile, easily achievable goals tend to undermine motivation and effort. Consider a situation in which you have done so well in a course that you only need a score of 60 percent on the final exam to earn an A for the course. Understandably, few students would study hard enough to score 90 percent or 100 percent on the final exam under these circumstances. Similarly, setting organizational goals that are easy to reach encourages employees to work just hard enough to reach the goals.

It is tempting to extend this thinking to conclude that setting nearly impossible goals would encourage even stronger effort and performance than does setting aggressive goals. People tend to get discouraged and give up, however, when faced with goals that have little chance of being reached. If, for example, President Kennedy had set a time frame of one year to reach the moon, his goal would have attracted scorn. The country simply did not have the technology in place to reach such a goal. Indeed, Americans did not even orbit the moon until seven years after Kennedy’s 1961 speech. Similarly, if Coca-Cola’s water efficiency goal was 95 percent improvement, Coca-Cola’s employees would probably not embrace it. Thus goals must also be realistic, meaning that their achievement is feasible.

You have probably found that deadlines are motivating and that they help you structure your work time. The same is true for organizations, leading to the conclusion that goals should be time-bound through the creation of deadlines. Coca-Cola has set a deadline of 2012 for its water efficiency goal, for example. The deadline for President Kennedy’s goal was the end of 1969. The goal was actually reached a few months early. On July 20, 1969, Neil Armstrong became the first human to step foot on the moon. Incredibly, the pursuit of a well-constructed goal had helped people reach the moon in just eight years. 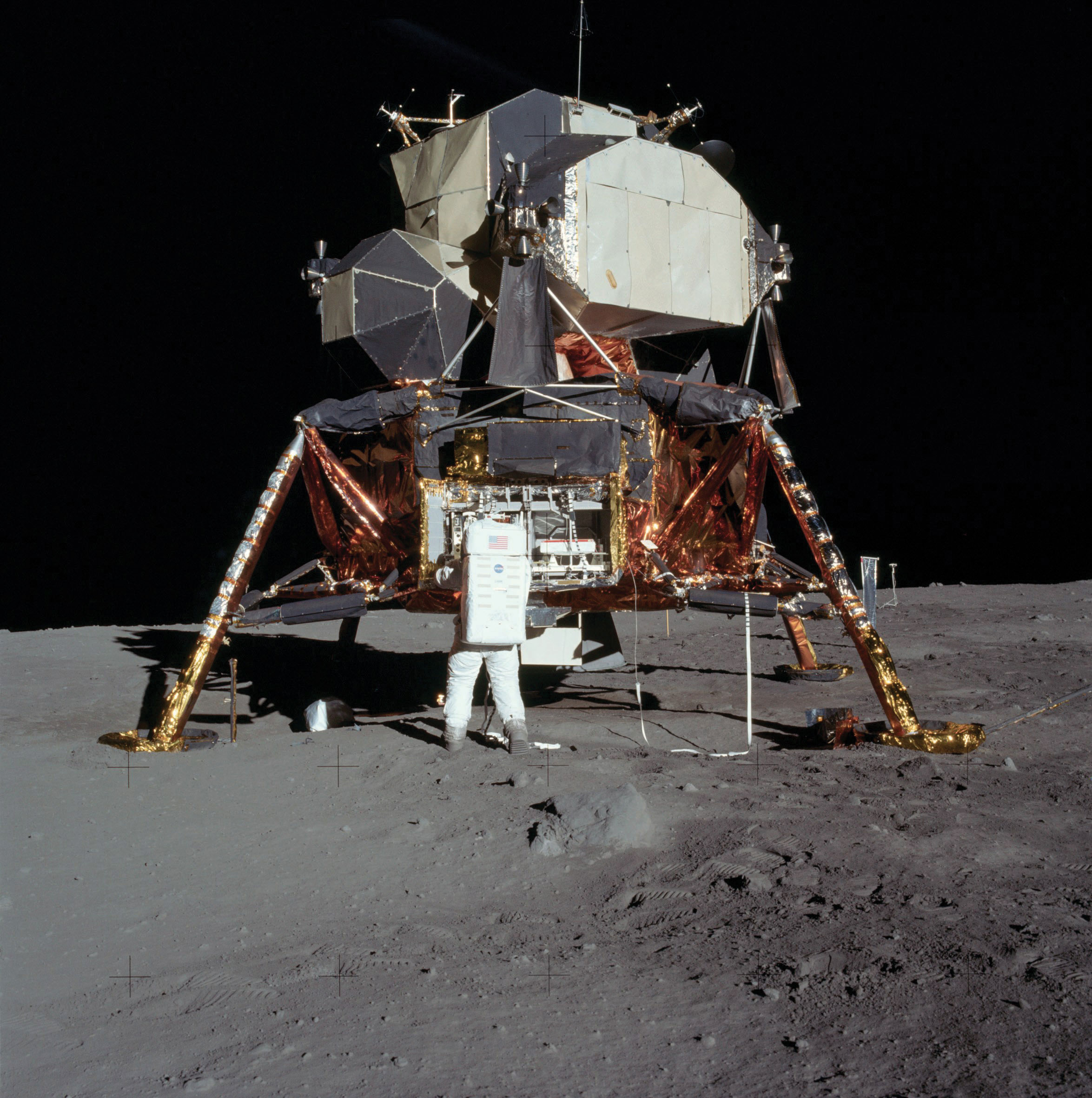 Americans landed on the moon eight years after President Kennedy set a moon landing as a key goal for the United States.

The period after an important goal is reached is often overlooked but is critical. Will an organization rest on its laurels or will it take on new challenges? The US space program again provides an illustrative example. At the time of the first moon landing, Time magazine asked the leader of the team that built the moon rockets about the future of space exploration. “Given the same energy and dedication that took them to the moon,” said Wernher von Braun, “Americans could land on Mars as early as 1982 (Time, 1969).” No new goal involving human visits to Mars was embraced, however, and human exploration of space was de-emphasized in favor of robotic adventurers. Nearly three decades after von Braun’s proposed timeline for reaching Mars expired, President Barack Obama set in 2010 a goal of creating by 2025 a new space vehicle capable of taking humans beyond the moon and into deep space. This would be followed in the mid-2030s by a flight to orbit Mars as a prelude to landing on Mars (Amos, 2010). Time will tell whether these goals inspire the scientific community and the country in general (Table 2.4 “Be SMART: Vision, Mission, Goals, and You”).

Table 2.4 Be SMART: Vision, Mission, Goals, and You

Many of the principles for effective organizational vision, missions, and goals apply to individuals too. Here are some ideas that might help you think differently about your own aspirations and how you are working to reach them.