Consider a $4 box of Cheerios. It is part of total output and thus is part of GDP. Who gets the $4? Part of the answer to that question can be found by looking at the cereal box. Cheerios are made from oat flour, wheat starch, sugar, salt, and a variety of vitamins and minerals. Therefore, part of the $4 goes to the farmers who grew the oats, the wheat, and the beets or cane from which the sugar was extracted. Workers and machines at General Mills combined the ingredients, crafted all those little O’s, toasted them, and put them in a box. The workers were paid part of the $4 as wages. The owners of General Mills and the capital it used received part of the $4 as profit. The box containing the Cheerios was made from a tree, so a lumber company somewhere received part of the $4. The truck driver who brought the box of cereal to the grocery store got part of the $4, as did the owner of the truck itself and the owner of the oil that fueled the truck. The clerk who rang up the sale at the grocery store was paid part of the $4. And so on.

How much of the $4 was income generated in the production of the Cheerios? The answer is simple: all of it. Some of the money went to workers as wages. Some went to owners of the capital and natural resources used to produce it. Profits generated along the way went to the owners of the firms involved. All these items represent costs of producing the Cheerios and also represent income to households.

Part of the $4 cost of the Cheerios, while it makes up a portion of GDI, does not represent ordinary income actually earned by households. That part results from two other production costs: depreciation and taxes related to the production of the Cheerios. Nevertheless, they are treated as a kind of income; we will examine their role in GDI below.

As it is with Cheerios, so it is with everything else. The value of output equals the income generated as the output is produced.

The Components of GDI

Employee compensation is the largest among the components of factor income. Factor income also includes profit, rent, and interest. In addition, GDI includes charges for depreciation and taxes associated with production. Depreciation and production-related taxes, such as sales taxes, make up part of the cost of producing goods and services and must be accounted for in estimating GDI. We will discuss each of these components of GDI next.

Compensation of employees in the form of wages, salaries, and benefits makes up the largest single component of income generated in the production of GDP. In the third quarter of 2011, employee compensation represented 55% of GDI.

The profit component of income earned by households equals total revenues of firms less costs as measured by conventional accounting. Profits amounted to about 17% of GDI in 2011, down sharply from five decades earlier, when profits represented about 25% of the income generated in GDI.[1]

Profits are the reward the owners of firms receive for being in business. The opportunity to earn profits is the driving force behind production in a market economy.

Rental income, such as the income earned by owners of rental housing or payments for the rent of natural resources, is the smallest component of GDI (less than 3%); it is the smallest of the income flows to households. The meaning of rent in the computation of GDI is the same as its meaning in conventional usage; it is a charge for the temporary use of some capital asset or natural resource.[2]

Over time the machinery and buildings that are used to produce goods and services wear out or become obsolete. A farmer’s tractor, for example, wears out as it is used. A technological change may make some equipment obsolete. The introduction of personal computers, for example, made the electric typewriters used by many firms obsolete. Depreciation is a measure of the amount of capital that wears out or becomes obsolete during a period. Depreciation is referred to in official reports as the consumption of fixed capital.

In principle, GDP and GDI should be equal, but their estimated values never are, because the data come from different sources. Output data from a sample of firms are used to estimate GDP, while income data from a sample of households are used to estimate GDI. The difference is the statistical discrepancy shown in the right-hand column of Table 6.2 “GDP and GDI, 2011”. Some of the difficulties with these data are examined in the Case in Point feature on discrepancies between GDP and GDI.

The table shows the composition of GDP and GDI in the third quarter of 2011 (in billions of dollars at an annual rate). Notice the rough equality of the two measures. (They are not quite equal because of measurement errors; the difference is due to a statistical discrepancy and is reduced significantly over time as the data are revised.)

Tracing Income from the Economy to Households

We have seen that the production of goods and services generates income for households. Thus, the value of total output equals the value of total income in an economy. But we have also seen that our measure of total income, GDI, includes such things as depreciation and indirect business taxes that are not actually received by households. Households also receive some income, such as transfer payments, that does not count as part of GDP or GDI. Because the income households actually receive plays an important role in determining their consumption, it is useful to examine the relationship between a nation’s total output and the income households actually receive.

Table 6.3 “From GDP to Disposable Personal Income” traces the path we take in going from GDP to disposable personal income, which equals the income households have available to spend on goods and services. We first convert GDP to GNP and then subtract elements of GNP that do not represent income received by households and add payments such as transfer payments that households receive but do not earn in the production of GNP. Disposable personal income is either spent for personal consumption or saved by households.

GDP, a measure of total output, equals GDI, the total income generated in the production of goods and services in an economy. The chart traces the path from GDP to disposable personal income, which equals the income households actually receive. We first convert GDP to GNP. Then, we subtract depreciation to obtain net national product and subtract the statistical discrepancy to arrive at national income (i.e., gross national income [GNI] net of depreciation and the statistical discrepancy). Next, we subtract components of GNP and GNI that do not represent income actually received by households, such as taxes on production and imports, corporate profit and payroll taxes (contributions to social insurance), and corporate retained earnings. We add items such as transfer payments that are income to households but are not part of GNP and GNI. The adjustments shown are the most important adjustments in going from GNP and GNI to disposable personal income; several smaller adjustments (e.g., subsidies, business current transfer payments [net], and current surplus of government enterprises) have been omitted.

The following income data refer to the same economy for which you had output data in the first part of the previous Try It! Compute GDI from the data below and confirm that your result equals the GDP figure you computed in the previous Try It! Assume that GDP = GNP for this problem (that is, assume all factor incomes are earned and paid in the domestic economy).

Case in Point: The GDP–GDI Gap 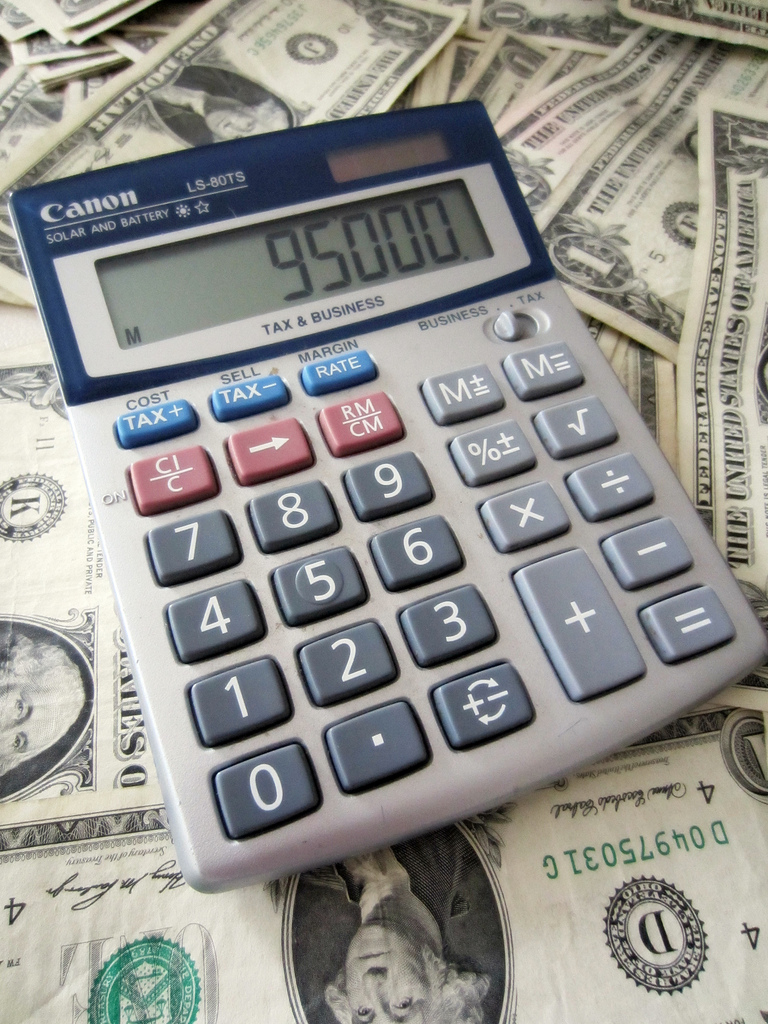 GDP equals GDI; at least, that is the way it is supposed to work. But in an enormously complex economy, the measurement of these two variables inevitably goes awry. Estimates of the two are never quite equal. In recent years, the absolute value of the gap has been quite sizable, while in other years, it has been quite small. For example, for the years 2006 through 2010, GDI has differed from GDP by −242.3, −12.0, −2.4, 77.4, and 0.8 billion per year, respectively.

Although the gap seems large at times, it represents a remarkably small fraction of measured activity—around 1% or less. Of course, 1% of a big number is still a big number. But it is important to remember that, relative to the size of the economy, the gap between GDI and GDP is not large. The gap is listed as a “statistical discrepancy” in the Department of Commerce reporting of the two numbers.

Why does the gap exist? From an accounting point of view, it should not. The total value of final goods and services produced must be equal to the total value of income generated in that production. But output is measured from sales and inventory figures collected from just 10% of commercial establishments. Preliminary income figures are obtained from household surveys, but these represent a tiny fraction of households. More complete income data are provided by income tax returns, but these are available to the economists who estimate GDI only after a two- to four-year delay.

While GDP and GDI figures cannot provide precise measures of economic activity, they come remarkably close. Indeed, given that the numbers come from entirely different sources, the fact that they come as close as they do provides an impressive check of the accuracy of the department’s estimates of GDP and GDI.

GDI equals $1,200. Note that this value equals the value for GDP obtained from the estimate of output in the first part of the previous Try It! Here is the computation: