Economics differs from other social sciences because of its emphasis on opportunity cost, the assumption of maximization in terms of one’s own self-interest, and the analysis of choices at the margin. But certainly much of the basic methodology of economics and many of its difficulties are common to every social science—indeed, to every science. This section explores the application of the scientific method to economics.

Research is generally conducted within a framework called the scientific method, a systematic set of procedures through which knowledge is created. In the scientific method, hypotheses are suggested and then tested. A hypothesis is an assertion of a relationship between two or more variables that could be proven to be false. A statement is not a hypothesis if no conceivable test could show it to be false. The statement “Plants like sunshine” is not a hypothesis; there is no way to test whether plants like sunshine or not, so it is impossible to prove the statement false. The statement “Increased solar radiation increases the rate of plant growth” is a hypothesis; experiments could be done to show the relationship between solar radiation and plant growth. If solar radiation were shown to be unrelated to plant growth or to retard plant growth, then the hypothesis would be demonstrated to be false.

If the tests of a hypothesis yield results consistent with it, then further tests are conducted. A hypothesis that has not been rejected after widespread testing and that wins general acceptance is commonly called a theory. A theory that has been subjected to even more testing and that has won virtually universal acceptance becomes a law. We will examine two economic laws in the next two chapters.

Even a hypothesis that has achieved the status of a law cannot be proven true. There is always a possibility that someone may find a case that invalidates the hypothesis. That possibility means that nothing in economics, or in any other social science, or in any science, can ever be proven true. We can have great confidence in a particular proposition, but it is always a mistake to assert that it is “proven.”

We will encounter an economic model in Chapter 2 “Confronting Scarcity: Choices in Production”. For that model, we will assume that an economy can produce only two goods. Then we will explore the model of demand and supply. One of the assumptions we will make there is that all the goods produced by firms in a particular market are identical. Of course, real economies and real markets are not that simple. Reality is never as simple as a model; one point of a model is to simplify the world to improve our understanding of it.

Economists often use graphs to represent economic models. The appendix to this chapter provides a quick, refresher course, if you think you need one, on understanding, building, and using graphs.

Models in economics also help us to generate hypotheses about the real world. In the next section, we will examine some of the problems we encounter in testing those hypotheses.

Here is a hypothesis suggested by the model of demand and supply: an increase in the price of gasoline will reduce the quantity of gasoline consumers demand. How might we test such a hypothesis?

Economists try to test hypotheses such as this one by observing actual behavior and using empirical (that is, real-world) data. The average retail price of gasoline in the United States rose from an average of $2.12 per gallon on May 22, 2005 to $2.88 per gallon on May 22, 2006. The number of gallons of gasoline consumed by U.S. motorists rose 0.3% during that period.

The small increase in the quantity of gasoline consumed by motorists as its price rose is inconsistent with the hypothesis that an increased price will lead to a reduction in the quantity demanded. Does that mean that we should dismiss the original hypothesis? On the contrary, we must be cautious in assessing this evidence. Several problems exist in interpreting any set of economic data. One problem is that several things may be changing at once; another is that the initial event may be unrelated to the event that follows. The next two sections examine these problems in detail.

The hypothesis that an increase in the price of gasoline produces a reduction in the quantity demanded by consumers carries with it the assumption that there are no other changes that might also affect consumer demand. A better statement of the hypothesis would be: An increase in the price of gasoline will reduce the quantity consumers demand, ceteris paribus. Ceteris paribus is a Latin phrase that means “all other things unchanged.”

But things changed between May 2005 and May 2006. Economic activity and incomes rose both in the United States and in many other countries, particularly China, and people with higher incomes are likely to buy more gasoline. Employment rose as well, and people with jobs use more gasoline as they drive to work. Population in the United States grew during the period. In short, many things happened during the period, all of which tended to increase the quantity of gasoline people purchased.

Our observation of the gasoline market between May 2005 and May 2006 did not offer a conclusive test of the hypothesis that an increase in the price of gasoline would lead to a reduction in the quantity demanded by consumers. Other things changed and affected gasoline consumption. Such problems are likely to affect any analysis of economic events. We cannot ask the world to stand still while we conduct experiments in economic phenomena. Economists employ a variety of statistical methods to allow them to isolate the impact of single events such as price changes, but they can never be certain that they have accurately isolated the impact of a single event in a world in which virtually everything is changing all the time.

In laboratory sciences such as chemistry and biology, it is relatively easy to conduct experiments in which only selected things change and all other factors are held constant. The economists’ laboratory is the real world; thus, economists do not generally have the luxury of conducting controlled experiments.

The Fallacy of False Cause

Reaching the incorrect conclusion that one event causes another because the two events tend to occur together is called the fallacy of false cause. The accompanying essay on baldness and heart disease suggests an example of this fallacy.

Because of the danger of the fallacy of false cause, economists use special statistical tests that are designed to determine whether changes in one thing actually do cause changes observed in another. Given the inability to perform controlled experiments, however, these tests do not always offer convincing evidence that persuades all economists that one thing does, in fact, cause changes in another.

Two kinds of assertions in economics can be subjected to testing. We have already examined one, the hypothesis. Another testable assertion is a statement of fact, such as “It is raining outside” or “Microsoft is the largest producer of operating systems for personal computers in the world.” Like hypotheses, such assertions can be demonstrated to be false. Unlike hypotheses, they can also be shown to be correct. A statement of fact or a hypothesis is a positive statement.

Although people often disagree about positive statements, such disagreements can ultimately be resolved through investigation. There is another category of assertions, however, for which investigation can never resolve differences. A normative statement is one that makes a value judgment. Such a judgment is the opinion of the speaker; no one can “prove” that the statement is or is not correct. Here are some examples of normative statements in economics: “We ought to do more to help the poor.” “People in the United States should save more.” “Corporate profits are too high.” The statements are based on the values of the person who makes them. They cannot be proven false.

Because people have different values, normative statements often provoke disagreement. An economist whose values lead him or her to conclude that we should provide more help for the poor will disagree with one whose values lead to a conclusion that we should not. Because no test exists for these values, these two economists will continue to disagree, unless one persuades the other to adopt a different set of values. Many of the disagreements among economists are based on such differences in values and therefore are unlikely to be resolved.

Look again at the data in Table 1.1 “LSAT Scores for Students Taking the Exam in 2008”. Now consider the hypothesis: “Majoring in economics will result in a higher LSAT score.” Are the data given consistent with this hypothesis? Do the data prove that this hypothesis is correct? What fallacy might be involved in accepting the hypothesis?

Case in Point: Does Baldness Cause Heart Disease? 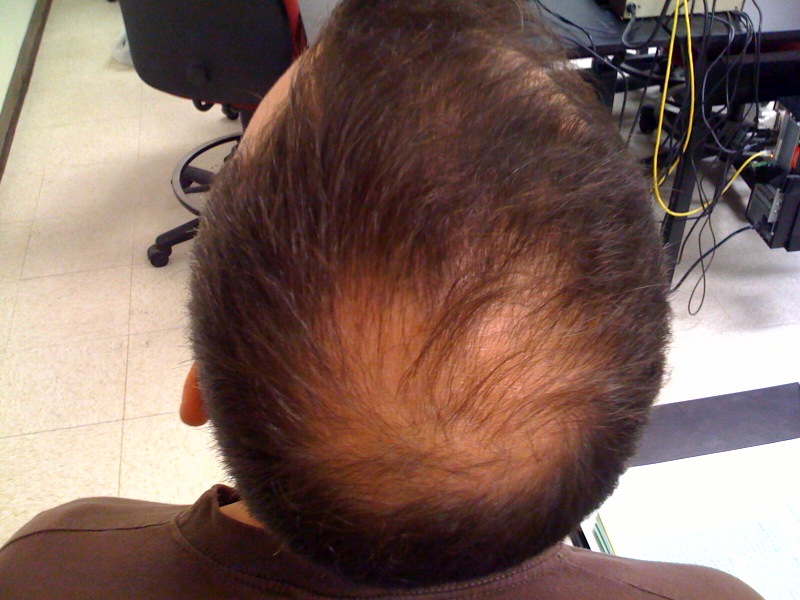 “Dear Dr. Margaret,
“I seem to be going bald. According to your website, this means I’m more likely to have a heart attack. If I take a drug to prevent hair loss, will it reduce my risk of a heart attack?”

What did Dr. Margaret answer? Most importantly, she did not recommend that the questioner take drugs to treat his baldness, because doctors do not think that the baldness causes the heart disease. A more likely explanation for the association between baldness and heart disease is that both conditions are affected by an underlying factor. While noting that more research needs to be done, one hypothesis that Dr. Margaret offers is that higher testosterone levels might be triggering both the hair loss and the heart disease. The good news for people with early balding (which is really where the association with increased risk of heart disease has been observed) is that they have a signal that might lead them to be checked early on for heart disease.

The data are consistent with the hypothesis, but it is never possible to prove that a hypothesis is correct. Accepting the hypothesis could involve the fallacy of false cause; students who major in economics may already have the analytical skills needed to do well on the exam.