In this chapter we examined the role of net exports in the economy. We found that export and import demand are influenced by many different factors, the most important being domestic and foreign income levels, changes in relative prices, the exchange rate, and preferences and technology. An increase in net exports shifts the aggregate demand curve to the right; a reduction shifts it to the left.

In the foreign exchange market, the equilibrium exchange rate is determined by the intersection of the demand and supply curves for a currency. Given the ease with which most currencies can be traded, we can assume this equilibrium is achieved, so that the quantity of a currency demanded equals the quantity supplied. An economy can experience current account surpluses or deficits. The balance on current account equals the negative of the balance on capital account. We saw that one reason for the current account deficit in the United States is the U.S. capital account surplus; the United States has attracted a great deal of foreign financial investment. 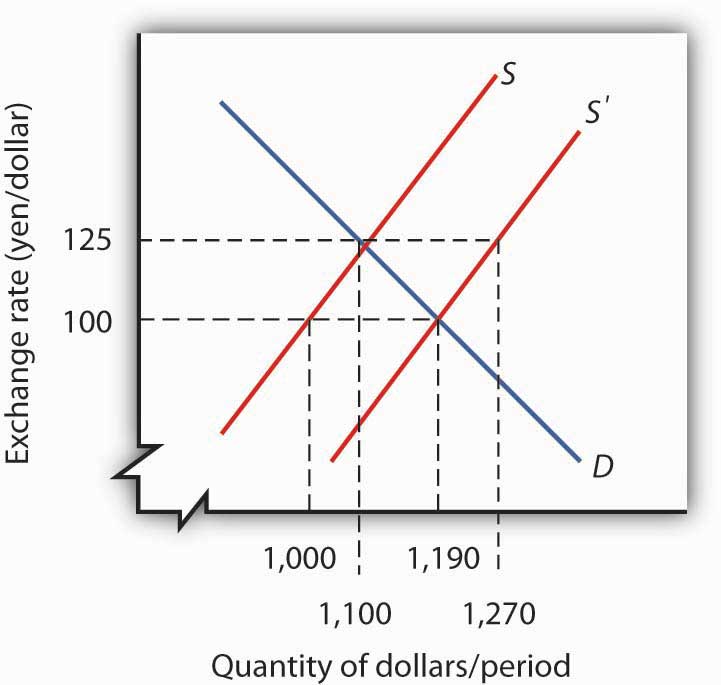