Economics is a social science that examines how people choose among the alternatives available to them. It is social because it involves people and their behavior. It is a science because it uses, as much as possible, a scientific approach in its investigation of choices.

All choices mean that one alternative is selected over another. Selecting among alternatives involves three ideas central to economics: scarcity, choice, and opportunity cost.

Our resources are limited. At any one time, we have only so much land, so many factories, so much oil, so many people. But our wants, our desires for the things that we can produce with those resources, are unlimited. We would always like more and better housing, more and better education—more and better of practically everything.

Our unlimited wants are continually colliding with the limits of our resources, forcing us to pick some activities and to reject others. Scarcity is the condition of having to choose among alternatives. A scarce good is one for which the choice of one alternative use of the good requires that another be given up.

Consider a parcel of land. The parcel presents us with several alternative uses. We could build a house on it. We could put a gas station on it. We could create a small park on it. We could leave the land undeveloped in order to be able to make a decision later as to how it should be used.

Suppose we have decided the land should be used for housing. Should it be a large and expensive house or several modest ones? Suppose it is to be a large and expensive house. Who should live in the house? If the Lees live in it, the Nguyens cannot. There are alternative uses of the land both in the sense of the type of use and also in the sense of who gets to use it. The fact that land is scarce means that society must make choices concerning its use.

Virtually everything is scarce. Consider the air we breathe, which is available in huge quantity at no charge to us. Could it possibly be scarce?

The test of whether air is scarce is whether it has alternative uses. What uses can we make of the air? We breathe it. We pollute it when we drive our cars, heat our houses, or operate our factories. In effect, one use of the air is as a garbage dump. We certainly need the air to breathe. But just as certainly, we choose to dump garbage in it. Those two uses are clearly alternatives to each other. The more garbage we dump in the air, the less desirable—and healthy—it will be to breathe. If we decide we want to breathe cleaner air, we must limit the activities that generate pollution. Air is a scarce good because it has alternative uses.

Not all goods, however, confront us with such choices. A free good is one for which the choice of one use does not require that we give up another. One example of a free good is gravity. The fact that gravity is holding you to the earth does not mean that your neighbor is forced to drift up into space! One person’s use of gravity is not an alternative to another person’s use.

There are not many free goods. Outer space, for example, was a free good when the only use we made of it was to gaze at it. But now, our use of space has reached the point where one use can be an alternative to another. Conflicts have already arisen over the allocation of orbital slots for communications satellites. Thus, even parts of outer space are scarce. Space will surely become scarcer as we find new ways to use it. Scarcity characterizes virtually everything. Consequently, the scope of economics is wide indeed.

Scarcity and the Fundamental Economic Questions

The choices we confront as a result of scarcity raise three sets of issues. Every economy must answer the following questions:

It is within the context of scarcity that economists define what is perhaps the most important concept in all of economics, the concept of opportunity cost. Opportunity cost is the value of the best alternative forgone in making any choice.

The opportunity cost to you of reading the remainder of this chapter will be the value of the best other use to which you could have put your time. If you choose to spend $20 on a potted plant, you have simultaneously chosen to give up the benefits of spending the $20 on pizzas or a paperback book or a night at the movies. If the book is the most valuable of those alternatives, then the opportunity cost of the plant is the value of the enjoyment you otherwise expected to receive from the book.

The concepts of scarcity, choice, and opportunity cost are at the heart of economics. A good is scarce if the choice of one alternative requires that another be given up. The existence of alternative uses forces us to make choices. The opportunity cost of any choice is the value of the best alternative forgone in making it.

Identify the elements of scarcity, choice, and opportunity cost in each of the following: 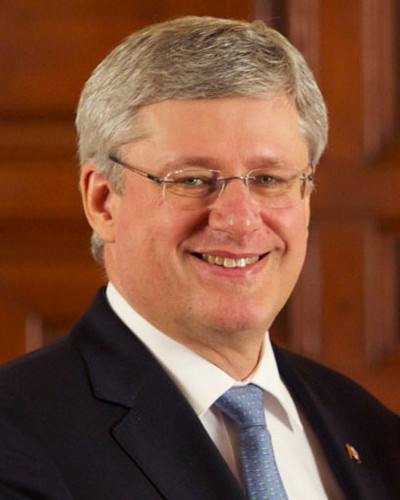 Canadian Prime Minister Stephen Harper, head of the Conservative Party, had walked a political tightrope for five years as the leader of a minority government in Canada’s parliamentary system. His opponents, upset by policies such as a reduction in corporate tax rates, sought a no-confidence vote in Parliament in 2011. It passed Parliament overwhelmingly, toppling Harper’s government and forcing national elections for a new Parliament.

The political victory was short-lived—the Conservative Party won the May 2011 election easily and emerged as the ruling party in Canada. This allowed Mr. Harper to continue to pursue a policy of deficit and tax reduction.

Canadian voters faced the kinds of choices we have been discussing. Opposition parties—the New Democratic Party (NDP) and the more moderate Liberal Party—sought higher corporate tax rates and less deficit reduction than those advocated by the Conservatives. Under Mr. Harper, the deficit had fallen by one-third in 2010. He promises a surplus budget by 2015, a plan the International Monetary Fund has termed “strong and credible.”

Mr. Stephens employed a stimulus package to battle the recession that began in Canada in 2008. He scaled back that effort in 2010 and 2011, producing substantial reductions in the deficit.

Writing on the eve of the election, Wall Street Journal columnist Mary Anastasia O’Grady termed the vote a “referendum on limited government.” Whether or not that characterization was accurate, Canadians clearly made a choice that will result in lower taxes and less spending than the packages offered by the NDP and Liberal Party.

While the issue did not seem to figure prominently in the 2011 campaign, the NDP platform promised to reduce Canada’s greenhouse gas emissions, which have increased with the development of huge oil deposits in Alberta, deposits that have put Canada in third place (behind Venezuela and Saudi Arabia) in the world in terms of oil reserves. Mr. Harper and the Conservatives have promised to proceed with this development as a key factor in Canada’s growth, while the NDP would restrict it sharply. It is a classic case of the problem when choices are made between environmental quality and economic growth.