In the next three sections, we will take a closer look at the factors of production we use to produce the goods and services we consume. The three basic building blocks of labor, capital, and natural resources may be used in different ways to produce different goods and services, but they still lie at the core of production. We will then look at the roles played by technology and entrepreneurs in putting these factors of production to work. As economists began to grapple with the problems of scarcity, choice, and opportunity cost more than two centuries ago, they focused on these concepts, just as they are likely to do two centuries hence.

Labor is the human effort that can be applied to production. People who work to repair tires, pilot airplanes, teach children, or enforce laws are all part of the economy’s labor. People who would like to work but have not found employment—who are unemployed—are also considered part of the labor available to the economy.

In some contexts, it is useful to distinguish two forms of labor. The first is the human equivalent of a natural resource. It is the natural ability an untrained, uneducated person brings to a particular production process. But most workers bring far more. Skills a worker has as a result of education, training, or experience that can be used in production are called human capital. Students are acquiring human capital. Workers who are gaining skills through experience or through training are acquiring human capital.

Long ago, when the first human beings walked the earth, they produced food by picking leaves or fruit off a plant or by catching an animal and eating it. We know that very early on, however, they began shaping stones into tools, apparently for use in butchering animals. Those tools were the first capital because they were produced for use in producing other goods—food and clothing.

Modern versions of the first stone tools include saws, meat cleavers, hooks, and grinders; all are used in butchering animals. Tools such as hammers, screwdrivers, and wrenches are also capital. Transportation equipment, such as cars and trucks, is capital. Facilities such as roads, bridges, ports, and airports are capital. Buildings, too, are capital; they help us to produce goods and services.

Capital does not consist solely of physical objects. The score for a new symphony is capital because it will be used to produce concerts. Computer software used by business firms or government agencies to produce goods and services is capital. Capital may thus include physical goods and intellectual discoveries. Any resource is capital if it satisfies two criteria:

One thing that is not considered capital is money. A firm cannot use money directly to produce other goods, so money does not satisfy the second criterion for capital. Firms can, however, use money to acquire capital. Money is a form of financial capital. Financial capital includes money and other “paper” assets (such as stocks and bonds) that represent claims on future payments. These financial assets are not capital, but they can be used directly or indirectly to purchase factors of production or goods and services.

There are two essential characteristics of natural resources. The first is that they are found in nature—that no human effort has been used to make or alter them. The second is that they can be used for the production of goods and services. That requires knowledge; we must know how to use the things we find in nature before they become resources.

Consider oil. Oil in the ground is a natural resource because it is found (not manufactured) and can be used to produce goods and services. However, 250 years ago oil was a nuisance, not a natural resource. Pennsylvania farmers in the eighteenth century who found oil oozing up through their soil were dismayed, not delighted. No one knew what could be done with the oil. It was not until the mid-nineteenth century that a method was found for refining oil into kerosene that could be used to generate energy, transforming oil into a natural resource. Oil is now used to make all sorts of things, including clothing, drugs, gasoline, and plastic. It became a natural resource because people discovered and implemented a way to use it.

Technology and the Entrepreneur

The interplay of entrepreneurs and technology affects all our lives. Entrepreneurs put new technologies to work every day, changing the way factors of production are used. Farmers and factory workers, engineers and electricians, technicians and teachers all work differently than they did just a few years ago, using new technologies introduced by entrepreneurs. The music you enjoy, the books you read, the athletic equipment with which you play are produced differently than they were five years ago. The book you are reading was written and manufactured using technologies that did not exist ten years ago. We can dispute whether all the changes have made our lives better. What we cannot dispute is that they have made our lives different.

Explain whether each of the following is labor, capital, or a natural resource. 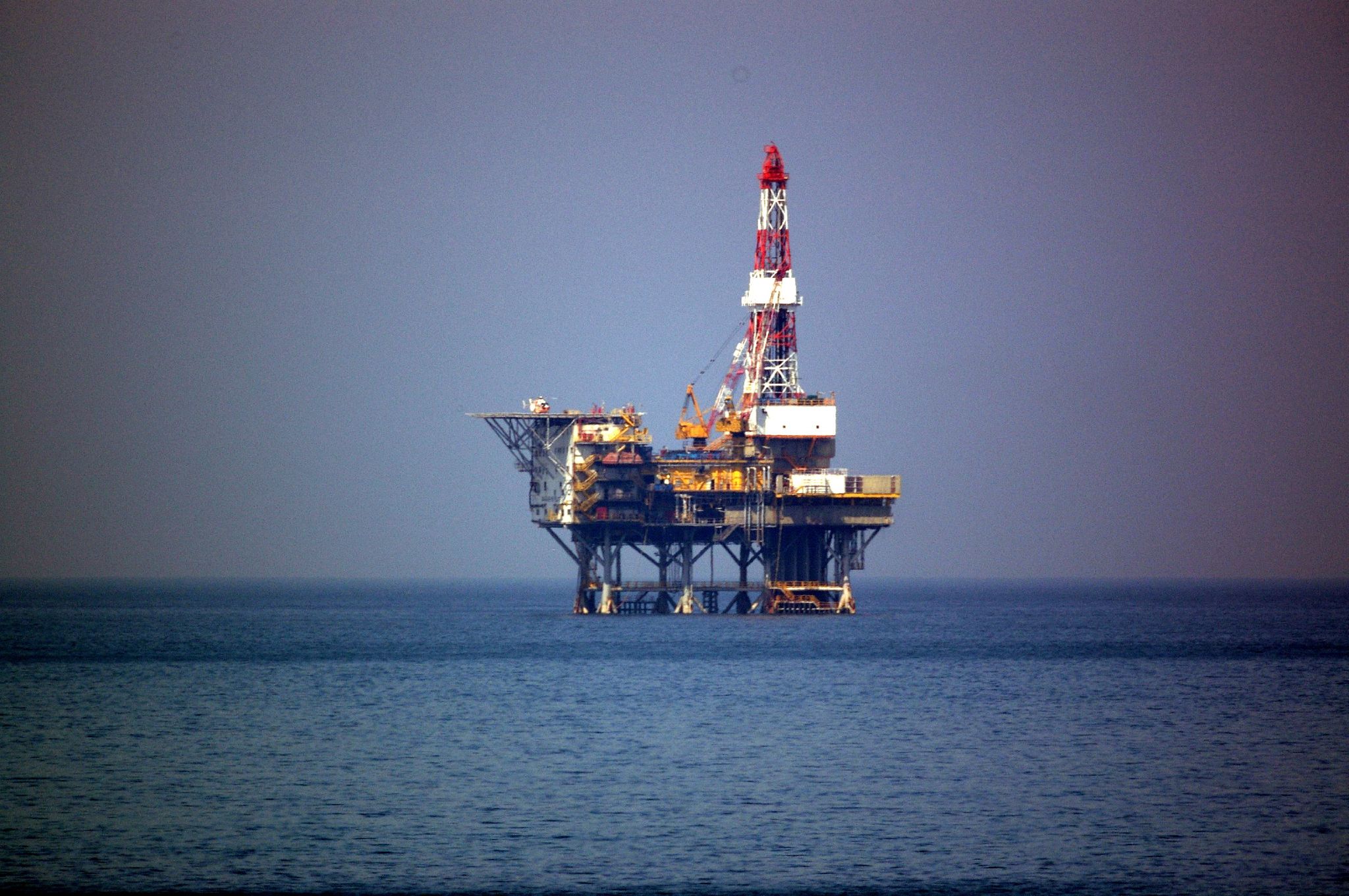 Technology can seem an abstract force in the economy—important, but invisible.

It is not invisible to the 130 people who work on a Shell Oil Company oil rig called Mars, located in the deep waters of the Gulf of Mexico, about 160 miles southwest of Pensacola, Florida. The name Mars reflects its otherworld appearance—it extends 300 feet above the water’s surface and has steel tendons that reach 3,000 feet down to extract the Gulf’s oil deposits. This facility would not exist if it were not for the development of better oil discovery methods that include three-dimensional seismic mapping techniques, satellites that locate oil from space, and drills that can make turns as drilling foremen steer them by monitoring them on computer screens from the comfort of Mars. “We don’t hit as many dry holes,” commented Shell manager Miles Barrett. As a result of these new technologies, over the past two decades, the cost of discovering a barrel of oil dropped from $20 to under $5. And the technologies continue to improve. Three-dimensional surveys are being replaced with four-dimensional ones that allow geologists to see how the oil fields change over time.

The Mars project was destroyed by Hurricane Katrina in 2005. Royal Dutch Shell completed repairs in 2006, at a cost of $200 million. But the facility is again pumping 130,000 barrels of oil per day and 150 million cubic feet of natural gas, the energy equivalent of an additional 26,000 barrels of oil. Shell announced a new Mars-like project, Mars B Olympus, in 2010. The second Mars hub will be located 100 miles south of New Orleans and is expected to begin production in 2015.

Technology is doing more than helping energy companies track oil deposits. It is changing the way soft drinks and other grocery items are delivered to retail stores. For example, when a PepsiCo delivery driver arrives at a 7-Eleven, the driver keys into a handheld computer the store’s inventory of soft drinks, chips, and other PepsiCo products. The information is transmitted to a main computer at the warehouse that begins processing the next order for that store. The result is that the driver can visit more stores in a day and PepsiCo can cover a given territory with fewer drivers and trucks.

New technology is even helping to produce more milk from cows. Ed Larsen, who owns a 1,200-cow dairy farm in Wisconsin, never gets up before dawn to milk the cows, the way he did as a boy. Rather, the cows are hooked up to electronic milkers. Computers measure each cow’s output, and cows producing little milk are sent to a “hospital wing” for treatment. With the help of such technology, as well as better feed, today’s dairy cows produce 50% more milk than did cows roughly 20 years ago. Even though the number of dairy cows in the United States in the last 20 years has fallen 17%, milk output has increased 25%.

Who benefits from technological progress? Consumers gain from lower prices and better service. Workers gain: Their greater ability to produce goods and services translates into higher wages. And firms gain: Lower production costs mean higher profits. Of course, some people lose as technology advances. Some jobs are eliminated, and some firms find their services are no longer needed. One can argue about whether particular technological changes have improved our lives, but they have clearly made—and will continue to make—them far different.