Despite the growing importance of global business, Fortune 500 companies have reported a shortage of global managers with the necessary skills (GMAC Global Relocation, 2008; Gregersen, et. al., 1998). Some experts have argued that most U.S. companies are not positioned to implement global strategies due to a lack of global leadership capabilities (Hollenbeck & McCall, 2003)

It’s easy to understand the problem: communicating and working with people from different countries can be a challenge—not just because of language issues but also because of different cultural norms. For example, in the United States, we tend to be direct in our communication. If you ask a U.S. manager a question, you’ll tend to get a direct answer. In other cultures, particularly in southern Europe and Japan, the answer to a question begins with background and context—not the bottom line—so that the listener will understand how the person arrived at the conclusion. Similarly, in some cultures, it is considered rude to deliver bad news or say “no” to a request—instead, the speaker would give a noncommittal answer like “we’ll see” or “we’ll try.” 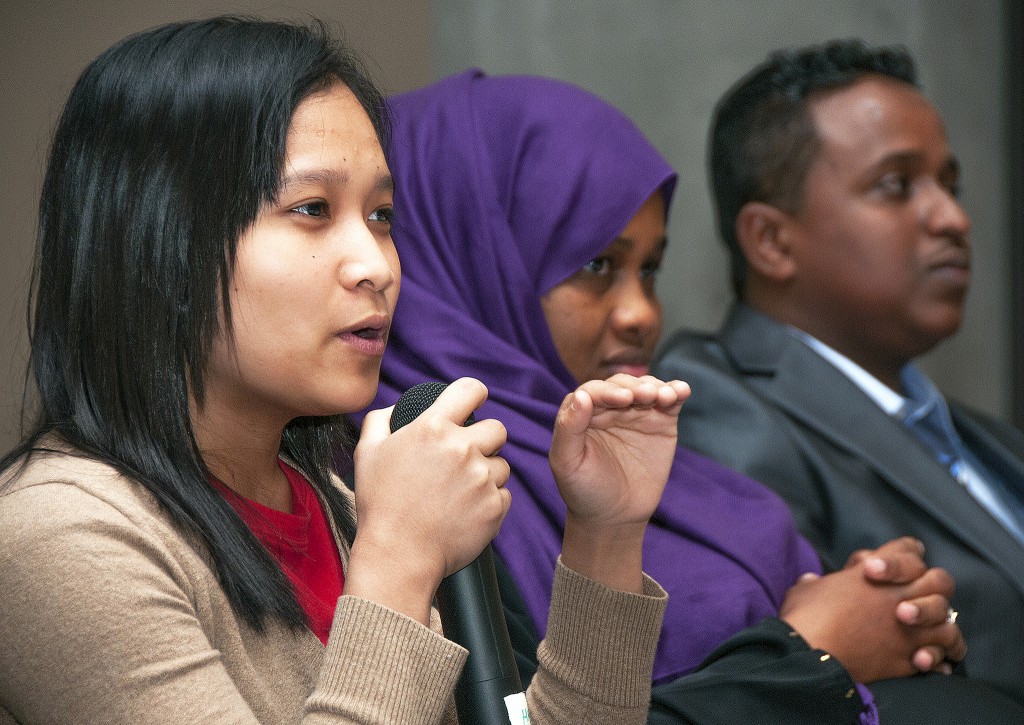 Our places of work are more diverse than ever before.

Country-by-country differences are so prevalent that a worldwide team of scholars proposed to create and validate a theory of the relationship between culture and societal, organizational, and leadership effectiveness. Called the GLOBE Project, it included 170 researchers working together for 10 years to collect and analyze data on cultural values and practices and leadership attributes from more than 17,000 managers in 62 societal cultures. In its 2006 report, GLOBE identified the following nine dimensions of culture (Javidan, et. al., 2006).

Should you reward people for performance improvement and excellence? In countries like the United States and Singapore, the answer is yes. Organizations in these countries use employee training and development to help people improve their skills and performance. In countries like Russia and Greece, however, family and background count for more than performance.

How assertive, confrontational, or aggressive should you be in relationships with others? In highly assertive countries like the United States and Austria, competition between individuals and groups is encouraged. Managers may set up incentives that reward the best idea, even it it’s contrary to established practices. People in less assertive countries, like Sweden and New Zealand, prefer harmony in relationships and emphasize loyalty and solidarity.

Power distance reflects the extent to which the less powerful members of institutions and organizations expect and accept that power is distributed unequally. Should you distribute decision-making power equally among the group? In high-power-distance countries like Thailand, Brazil, and France, the answer is no. People in these societies expect unequal power distribution and greater stratification, whether that stratification is economic, social, or political. People in positions of authority in these countries expect (and receive) obedience. Decision making is hierarchical with limited participation and communication. Australia, in contrast, has a power distance rating that is much lower than the world average. The Australian view reinforces cooperative interaction across power levels and stresses equality and opportunity for everyone.

Should you promote men rather than women? Counties with low gender egalitarianism are male dominated. Men hold positions of power to a much greater extent in low-gender-egalitarianism countries like Egypt and South Korea. Companies operating in more gender-egalitarian countries such as the Nordic countries, Germany, and the Netherlands encourage tolerance for diversity of ideas and roles regardless of gender.

Will your employees favor activities that involve planning and investing in the future for long-term payoff? Or do they want to see short-term results? Future orientation is defined as one’s expectations and the degree to which one is thoughtful about the future. It is a multifaceted concept that includes planning, realism, and a sense of control. Companies in countries with high future orientation, such as China and Singapore, will have a longer-term planning horizon, and they will be more systematic about planning. Corporations in countries that are the least future-oriented, such as Argentina and Russia, will be more opportunistic and less systematic. At the same time, they’ll be less risk averse.

When Corning proposed a joint venture with a Mexican glass manufacturer, Vitro, the match seemed made in heaven. But just two years later, the venture was terminated. What happened? Cultural clashes eroded what could have been a lucrative partnership. To start, American managers were continually frustrated with what they perceived to be slow decision making by Mexican managers. Mexico ranks higher on the power distance dimension than the United States—company structures are hierarchical, and decisions are made only by top managers. Loyalty to these managers is a high priority in Mexico, and trying to work around them is a big taboo. Mexicans also have a less urgent approach to time. They see time as more abundant than their U.S. counterparts. As a result, Mexicans thought that Americans wanted to move too fast on decisions, and they perceived American directness in communication as aggressive (Brake, 1996). Additional vignettes on managing across borders are shared next.

Lines on the Map Miss the Real Story

Diversity is deeper than variations between countries. Sometimes those differences appear in different regions of the same country. For example, some parts of Mexico don’t use Spanish as the primary language. Wal-Mart’s Mexico’s Juchitan store, therefore, conducts business in the local Zapotec tongue, encourages female employees to wear traditional Zapotec skirts, and does the morning company cheer in Zapotec.

With so much variation across countries, it’s no surprise that countries vary in level of talent and the supply of managerial, skilled, and unskilled labor. Companies shouldn’t assume that emerging market countries offer inferior labor pools. GM, for instance, found that 50% of its assembly-line workers in India have college degrees—a ratio much higher than in other countries.

Nokia uses local designers to create country-specific handset models. The models designed in India for Indians are dust resistant and have a built-in flashlight. The models designed in China for the Chinese have a touch screen, stylus, and Chinese character recognition. Local designers are more likely to understand the needs of the local population than headquarters-located designers do.

Strategies in emerging markets conference, held by the MIT Center for Transportation and Logistics (CTL) on March 7, 2007, Cambridge, MA.

Because the business environment increasingly depends on collaboration across regional and national borders, a successful global manager needs to be culturally sensitive and have an understanding for how business is done in different cultures. In some countries, loyalty to the group is key. Other countries celebrate mavericks and rule breakers if they can get things done. Knowing how best to communicate with your coworkers and employees—whether to be direct or indirect, whether to follow strict protocol or be more causal, whom to involve in decisions—are all important considerations.