Pay can be thought of in terms of the “total reward” that includes an individual’s base salary, variable pay, share ownership, and other benefits. A bonus, for example, is a form of variable play. A bonus is a one-time cash payment, often awarded for exceptional performance. Providing employees with an annual statement of all these benefits they receive can help them understand the full value of what they are getting (Anderson, 2007).

As summarized in the following table, pay can take the form of direct or indirect compensation. Nonmonetary pay can include any benefit an employee receives from an employer or job that does not involve tangible value. This includes career and social rewards, such as job security, flexible hours and opportunity for growth, praise and recognition, task enjoyment, and friendships. Direct pay is an employee’s base wage. It can be an annual salary, hourly wage, or any performance-based pay that an employee receives, such as profit-sharing bonuses.

Table 16.1 Elements of a Pay System

Indirect compensation is far more varied, including everything from legally required public protection programs such as social security to health insurance, retirement programs, paid leave, child care, or housing. Some indirect compensation elements are required by law: social security, unemployment, and disability payments. Other indirect elements are up to the employer and can offer excellent ways to provide benefits to the employees and the employer as well. For example, a working parent may take a lower-paying job with flexible hours that will allow him or her to be home when the children get home from school. A recent graduate may be looking for stable work and an affordable place to live. Both of these individuals have different needs and, therefore, would appreciate different compensation elements.

When setting pay levels for positions, managers should make sure that the pay level is fair relative to what other employees in the position are being paid. Part of the pay level is determined by the pay level at other companies. If your company pays substantially less than others, it’s going to be the last choice of employment unless it offers something overwhelmingly positive to offset the low pay, such as flexible hours or a fun, congenial work atmosphere. Besides these external factors, companies conduct a job evaluation to determine the internal value of the job—the more vital the job to the company’s success, the higher the pay level. Jobs are often ranked alphabetically—“A” positions are those on which the company’s value depends, “B” positions are somewhat less important in that they don’t deliver as much upside to the company, and “C” positions are those of least importance—in some cases, these are outsourced.

The most vital jobs to one company’s success may not be the same as in other companies. For example, information technology companies may put top priority on their software developers and programmers, whereas for retailers such as Nordstrom, the “A” positions are those frontline employees who provide personalized service. For an airline, pilots would be a “B” job because, although they need to be well trained, investing further in their training is unlikely to increase the airline’s profits. “C” positions for a retailer might include back office bill processing, while an information technology company might classify customer service as a “C” job.

When setting reward systems, it’s important to pay for what the company actually hopes to achieve. Steve Kerr, vice president of corporate management at General Electric, talks about the common mistakes that companies make with their reward systems, such as saying they value teamwork but only rewarding individual effort. Similarly, companies say they want innovative thinking or risk taking, but they reward people who “make the numbers (Kerr, 1995).” If companies truly want to achieve what they hope for, they need payment systems aligned with their goals. For example, if retention of star employees is important to your company, reward managers who retain top talent. At Pepsico, for instance, one-third of a manager’s bonus is tied directly to how well the manager did at developing and retaining employees. Tying compensation to retention makes managers accountable (Field, 2008). 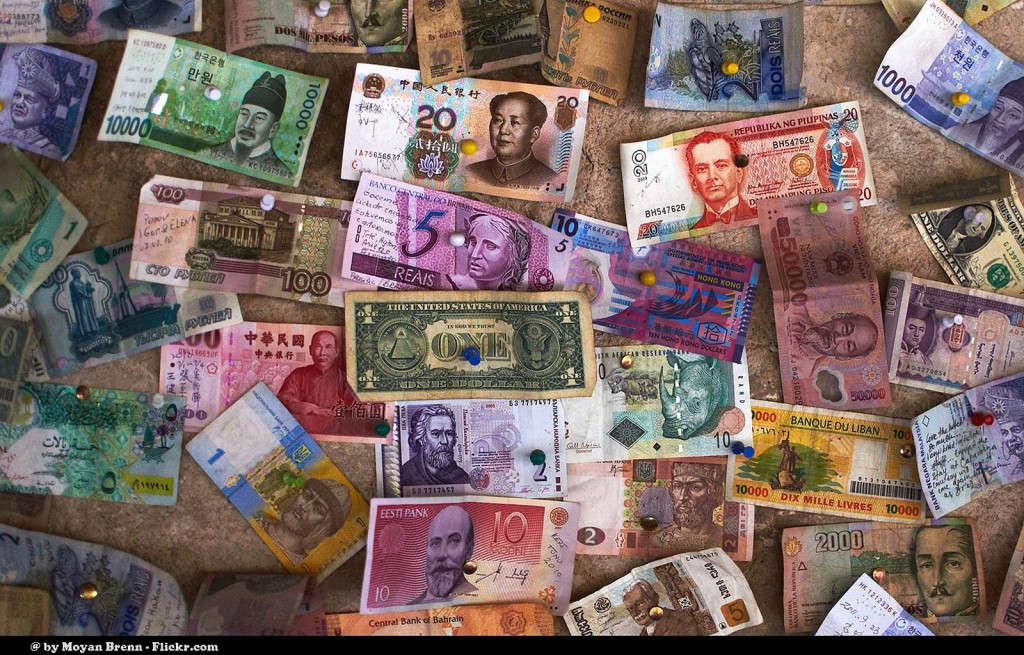 Regardless of country, pay is a critical managerial control.

As its name implies, pay for performance ties pay directly to an individual’s performance in meeting specific business goals or objectives. Managers (often together with the employees themselves) design performance targets to which the employee will be held accountable. The targets have accompanying metrics that enable employees and managers to track performance. The metrics can be financial indicators, or they can be indirect indicators such as customer satisfaction or speed of development. Pay-for-performance schemes often combine a fixed base salary with a variable pay component (such as bonuses or stock options) that vary with the individual’s performance.

In addition to regular pay structures and systems, companies often create special programs that reward exceptional employee performance. For example, the financial software company Intuit, Inc., instituted a program called Spotlight. The purpose of Spotlight is to “spotlight performance, innovation and service dedication (Hoyt, 2008).” Unlike regular salaries or year-end bonuses, spotlight awards can be given on the spot for specific behavior that meets the reward criteria, such as filing a patent, inventing a new product, or meeting a milestone for years of service. Rewards can be cash awards of $500 to $3,000 and can be made by managers without high-level approval. In addition to cash and noncash awards, two Intuit awards feature a trip with $500 in spending money (How To Manage Human Resources, 2008).

Pay Structures for Groups and Teams

So far, we have discussed pay in terms of individual compensation, but many employers also use compensation systems that reward all of the organization’s employees as a group or various groups and teams within the organization. Let’s examine some of these less traditional pay structures.

The effectiveness of a gainsharing plan depends on employees seeing a relationship between what they do and how well the organization performs. The larger the size of the organization, the harder it is for employees to see the effect of their work. Therefore, gainsharing plans are more effective in companies with fewer than 1,000 people (Lawler, 1992). Gainsharing success also requires the company to have good performance metrics in place so that employees can track their process. The gainsharing plan can only be successful if employees believe and see that if they perform better, they will be paid more. The pay should be given as soon as possible after the performance so that the tie between the two is established.

When designing systems to measure performance, realize that performance appraisals need to focus on quantifiable measures. Designing these measures with input from the employees helps make the measures clear and understandable to employees and increases their buy-in that the measures are reasonable.

Many managers seek to build teams, but face the question of how to motivate all the members to achieve the team’s goals. As a result, team-based pay is becoming increasingly accepted. In 1992, only 3% of companies had team-based pay. By 1996, 9% did, and another 39% were planning such systems (Flannery, 1996). With increasing acceptance and adoption come different choices and options of how to structure team-based pay. One way to structure the pay is to first identify the type of team you have—parallel, work, project, or partnership—and then choose the pay option that is most appropriate to that team type. Let’s look at each team type in turn and the pay structures best suited for each.

Parallel teams are teams that exist alongside (parallel to) an individual’s daily job. For example, a person may be working in the accounting department but also be asked to join a team on productivity. Parallel teams are often interdepartmental, meet part time, and are formed to deal with a specific issue. The reward for performance on this team would typically be a merit increase or a recognition award (cash or noncash) for performance on the team.

A project team is likewise a temporary team, but it meets full time for the life of the project. For example, a team may be formed to develop a new project and then disband when the new product is completed. The pay schemes appropriate for this type of team include profit sharing, recognition rewards, and stock options. Team members evaluate each other’s performance.

A partnership team is formed around a joint venture or strategic alliance. Here, profit sharing in the venture is the most common pay structure. Finally, with the work team, all individuals work together daily to accomplish their jobs. Here, skill-based pay and gainsharing are the payment schemes of choice, with team members evaluating one another’s performance.

Pay Systems That Reward Both Team and Individual Performance

There are two main theories of how to reward employees. Nancy Katz (Katz, 1998) characterized the theories as two opposing camps. The first camp advocates rewarding individual performance, through plans such as commissions-sales schemes and merit-based-pay. The claim is that this will increase employees’ energy, drive, risk taking, and task identification. The disadvantages of rewarding individual performance are that employees will cooperate less, that high performers may be resented by others in the corporation, and that low performers may try to undermine top performers.

The second camp believes that organizations should reward team performance, without regard for individual accomplishment. This reward system is thought to bring the advantages of increased helping and cooperation, sharing of information and resources, and mutual-respect among employees. The disadvantages of team-based reward schemes are that they create a lack of drive, that low performers are “free riders,” and that high performers may withdraw or become tough cops.

Compensation plans reward employees for contributing to company goals. Pay levels should reflect the value of each type of job to the company’s overall success. For some companies, technical jobs are the most vital, whereas for others frontline customer service positions determine the success of the company against its competitors. Pay-for-performance plans tie an individual’s pay directly to his or her ability to meet performance targets. These plans can reward individual performance or team performance or a combination of the two.

Katz, N. R. (1998). Promoting a healthy balance between individual achievement and team success: The impact of hybrid reward systems. Presented at the Do Rewards Make a Difference? session at the Academy of Management Conference, August 9–12.