Early management principles were born of necessity. The most influential of these early principles were set forth by Henri Fayol a French mining engineer. In 1888, Fayol became director of a mining company. The company was in difficulty, but Fayol was able to turn it around and make the company profitable again. When he retired, Fayol wrote down what he’d done to save the company. He helped develop an “administrative science” and developed principles that he thought all organizations should follow if they were to run properly. 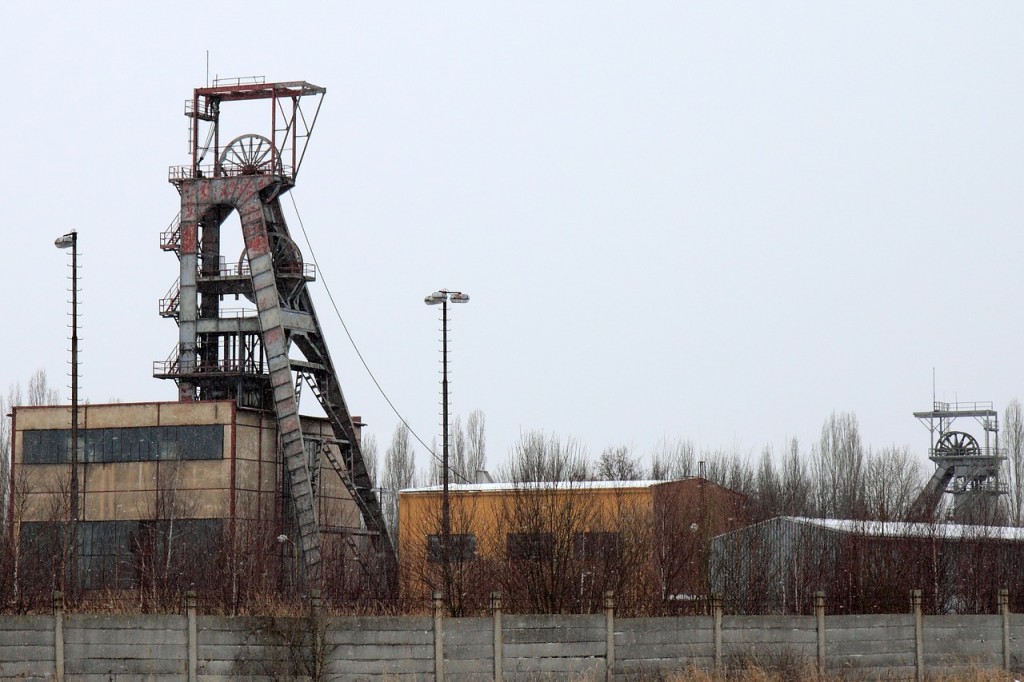 Today, coal is mined and moved by heavy machinery like this coal lift. In Taylor’s time, it was moved by shovel to rail cars or trucks.

Frederick Winslow Taylor, a contemporary of Fayol’s, formalized the principles of scientific management in his 1911 book, The Principles of Scientific Management. Taylor described how productivity could be greatly improved by applying the scientific method to management; for this reason, the scientific approach is sometimes referred to as Taylorism.

Taylor is most famous for his “time studies,” in which he used a stopwatch to time how long it took a worker to perform a task, such as shoveling coal or moving heavy loads. Then he experimented with different ways to do the tasks to save time. Sometimes the improvement came from better tools. For example, Taylor devised the “science of shoveling,” in which he conducted time studies to determine how much weight a worker could lift with a shovel without tiring. He determined that 21 pounds was the optimal weight. But since the employer expected each worker to bring his own shovel, and there were different materials to be shoveled on the job, it was hard to ensure that 21-pound optimum. So, Taylor provided workers with the optimal shovel for each density of materials, like coal, dirt, snow, and so on. With these optimal shovels, workers became three or four times more productive, and they were rewarded with pay increases.

Frank Gilbreth and Lillian Moller Gilbreth, his wife (who outlived Frank by 48 years!), were associates of Taylor and were likewise interested in standardization of work to improve productivity (Wikipedia, 2009). They went one better on Taylor’s time studies, devising “motion studies” by photographing the individual movements of each worker (they attached lights to workers’ hands and photographed their motions at slow speeds). The Gilbreths then carefully analyzed the motions and removed unnecessary ones. These motion studies were preceded by timing each task, so the studies were called “time and motion studies.”

Applying time and motion studies to bricklaying, for example, the Gilbreths devised a way for workers to lay bricks that eliminated wasted motion and raised their productivity from 1,000 bricks per day to 2,700 bricks per day. Frank Gilbreth applied the same technique to personal tasks, like coming up with “the best way to get dressed in the morning.” He suggested the best way to button the waistcoat, for example, was from bottom up rather than top down. Why? Because then a man could straighten his tie in the same motion, rather than having to raise his hands back up from the bottom of the waistcoat.

Limitations of the Early Views

Fayol, Taylor, and the Gilbreths all addressed productivity improvement and how to run an organization smoothly. But those views presumed that managers were overseeing manual labor tasks. As work began to require less manual labor and more knowledge work, the principles they had developed became less effective. Worse, the principles of Taylorism tended to dehumanize workers. The writer Upton Sinclair who raised awareness of deplorable working conditions in the meatpacking industry in his 1906 book, The Jungle, was one of Taylor’s vocal critics. Sinclair pointed out the relatively small increase in pay (61%) that workers received compared with their increased productivity (362%). Frederick Taylor answered Sinclair’s criticism, saying that workers should not get the full benefit because it was management that devised and taught the workers to produce more. But Taylor’s own words compare workers to beasts of burden: The worker is “not an extraordinary man difficult to find; he is merely a man more or less the type of an ox, heavy both mentally and physically” (Sinclair, 1911; Taylor, 1911)

When work was manual, it made sense for a manager to observe workers doing a task and to devise the most efficient motions and tools to do that task. As we moved from a manufacturing society to a service-based one, that kind of analysis had less relevance. Managers can’t see inside the head of a software engineer to devise the fastest way to write code. Effective software programming depends on knowledge work, not typing speed.

Likewise, a services-based economy requires interactions between employees and customers. Employees have to be able to improvise, and they have to be motivated and happy if they are to serve the customer in a friendly way. Therefore, new management theories were developed to address the new world of management and overcome the shortcomings of the early views.

Finally, early views of management were heavily oriented toward efficiency, at the expense of attention to the manager-as-leader. That is, a manager basically directs resources to complete predetermined goals or projects. For example, a manager may engage in hiring, training, and scheduling employees to accomplish work in the most efficient and cost-effective manner possible. A manager is considered a failure if he or she is not able to complete the project or goals with efficiency or when the cost becomes too high. However, a leader within a company develops individuals to complete predetermined goals and projects. A leader develops relationships with his or her employees by building communication, by evoking images of success, and by eliciting loyalty. Thus, later views of management evoke notions of leaders and leadership in discussing the challenges and opportunities for modern managers.

Management Ideas of the 1990s

Peter Drucker was the first scholar to write about how to manage knowledge workers, with his earliest work appearing in 1969. Drucker addressed topics like management of professionals, the discipline of entrepreneurship and innovation, and how people make decisions. In 1982, Tom Peters and Robert Waterman wrote In Search of Excellence, which became an international best seller and ushered a business revolution by changing the way managers viewed their relationships with employees and customers. On the basis of the authors’ research focusing on 43 of America’s most successful companies in six major industries, the book introduced nine principles of management that are embodied in excellent organizations:

Following up, Peters wrote a Passion for Excellence, which placed further emphasis on leadership, innovation, and valuing people. His book Thriving on Chaos, published the day of the biggest stock market crash of the time (“Black Monday,” October 19, 1987), addressed the uncertainty of the times; and Liberation Management, published in 1992, laid out 45 prescriptions for how to lead companies in a rapidly changing world. The book called for empowering people by involving everyone in decision making and eliminating bureaucratic rules and humiliating conditions. Peters urged organizational leaders (i.e., managers) to celebrate and recognize employees for their contributions. His advice to leaders was to “master paradox” (i.e., develop a level of comfort with complexity and ambiguity) and establish direction for the company by developing an inspiring vision and leading by example.

Beginning in the 1970s, Warren Bennis pioneered a new theory of leadership that addressed the need for leaders to have vision and to communicate that vision. More than just a manager, an effective leader was defined as someone with the ability to influence and motivate others not only to perform work tasks but also to support the organization’s values and meet the organization’s goals. Different views of leadership through the ages are shown next.

Views of Leadership Through the Ages

A leader is a dealer in hope.

I suppose that leadership at one time meant muscle; but today it means getting along with people.

Early management theorists developed principles for managing organizations that suited the times. A century ago, few workers were highly educated; most work was manual, tasks were repetitive, and rates of change were slow. Hierarchy brought unity and control, and principles of management in which managers defined tasks and coordinated workers to move in a unified direction made sense. As the economy moved from manufacturing to services, the need for engaging workers’ minds and hearts became more important. Drucker, Peters, and Waterman presented ideas on how managers could achieve excellence in a continually changing business environment, while Bennis encouraged managers to become inspiring leaders who empowered people.

Wikipedia, retrieved January 28, 2009, from http://en.wikipedia.org/wiki/Cheaper_by_the_Dozen. Cheaper by the Dozen was made into a 1950 motion picture starring Clifton Webb and Myrna Loy as Frank and Lillian Gilbreth.