Another characteristic of B2B markets that you may or may not have noticed or thought about is that firms in the same industry tend to cluster in the same geographic areas. In the United States, many banks and financial companies are located on or near Wall Street in New York City. Many film and television companies operate out of Hollywood. Is it just by chance that this has occurred? No.

The clustering occurs because the resources these firms need—both human and natural—are located in some areas and not others. For example, the Gulf of Mexico is rich with oil deposits. As a result, many oil companies and facilities are located along or near the Gulf in cities such as Houston. Likewise, many high-tech companies are located in Silicon Valley (California). One reason is that nearby Stanford University is one of the top computer-science schools in the country and the firms want to hire graduates from the school. 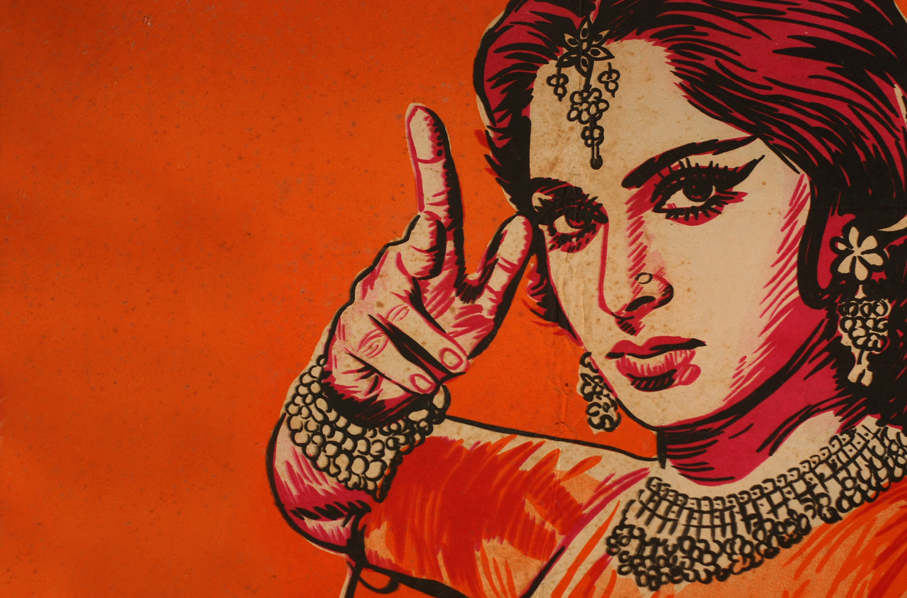 Bollywood, which refers to the film industry in India, has become one of the largest film centers in the world. It’s growing faster than Hollywood and is beginning to rival its size.

But that’s not the only reason businesses in the same industry cluster together. Another reason is the sellers want to be close to their buyers. Bentonville, Arkansas, the world headquarters of Walmart, used to be a sleepy little rural town. As Walmart grew, so have the number of companies moving into the area to do business with Walmart. In the last twenty years, the size of the town has nearly tripled.

Why do companies want to be near their buyers? Let’s go back to our date analogy. Suppose you hit it off with the person you’re interested in and you become “an item.” You probably wouldn’t want to be half the world away from the person for a long period of time because you would miss the person and because you wouldn’t want a rival moving in on your turf! The same is true for sellers. Buyers also want to be close to their suppliers because it can help them get inventory more quickly. Dell’s suppliers are located right next to the company’s assembly plants. And, as you have learned, some companies actually locate their personnel on their customers’ sites.

Not all B2B buyers and sellers are cozying up to one another location-wise today, though: e-commerce, or commerce conducted electronically, such as over the Internet, has made locating near buyers less important. Consider the Hubert Company, a Cincinnati-based firm that sells supplies to the food industry. “Just ten years ago the Internet didn’t exist for the Hubert Company, and today almost 30 percent of our business comes through the Internet as an ordering mechanism,” says Bart Kohler, president of the company1. However, the Hubert Company can no longer protect the market in and around Cincinnati just because it’s headquartered there. “Whereas in the past, I was somewhat insulated to just people in my area, now there really are no geographic boundaries anymore, and anyone can compete with me anywhere,” Kohler explains. The advantage is that whereas the United States is a mature market in which growth is limited, other countries, like Brazil, India, and China, are growing like crazy and represent huge e-commerce opportunities for the Hubert Company, he says.

The Hubert Company sells to companies all over the globe, including the U.S. government. Notice the GSA link in the upper right-hand corner of its Web page.

B2B e-commerce was actually a little slower to take hold than B2C e-commerce, though. Initially, the Web sites of many B2B firms were static. There was no interactivity. “We put our first Web site up in 1998, and it really didn’t do anything,” Kohler explains. “All it did was it had the picture of the company. I think it had a picture of me holding a catalog with a toll-free number at the bottom, and said, ‘Hey, call this number and we’ll send you a catalog.’”

Things have changed. Companies have since developed sophisticated e-commerce systems that allow their customers to do many things for themselves. As a result, they have been able to cut down on the amount of customer service they need to provide. Does your business want to ship your products cheaply across the country via rail? You can sign up online for an account with a railroad like Union Pacific (UP), reserve some rail cars on UP’s site, and choose the route you want them to travel. Later, after you ship the goods, you can check your account balance on the Web site and track the rail cars online like when packages are shipped with FedEx and UPS. The office supply chain Staples has special Web sites set up for each of its business customers, which are customized with online catalogs containing the types of products they buy at the prices they seem to be willing to pay, based on their past purchases on StaplesLink.com (Turban, et. al., 2009). Today’s B2B sites are far from static.

Figure 4.10 An Example of a Sell-Side B2B Web site

Most of the examples we’ve described so far are examples of sell-side e-commerce sites. A sell-side site is a site in which a single seller sells products to many different buyers. Figure 4.10 “An Example of a Sell-Side B2B Web site” shows the direction of the sale of goods and services sold on a sell-side site, such as the Hubert Company has.

But there are buy-side e-commerce sites as well. A buy-side site is one in which a business buys products from multiple sellers that go there to do business with the firm. Some government agencies have buy-side sites. B2B exchanges are e-commerce sites where multiple buyers and sellers go to find and do business with one another. (You can think of the exchanges as being somewhat like Craigslist but composed solely of business buyers and sellers.) Sites such as these make their money by charging buyers and sellers a fee when they conduct transactions with one another. In the late 1990s and early 2000s, B2B exchanges sprouted up on the Internet like weeds. Cyber entrepreneurs took a “build it and they will come” attitude, hoping to earn a fee off the transactions conducted on site. Many of these sites have failed, but not all of them. One of the most successful and largest exchanges is Alibaba.com, founded in 1999 as a trading platform for small and medium manufacturers to sell their wares2. ChemNet.com is a global exchange where companies go to buy and sell chemicals of all kinds. The homepage for ChemNet is shown in Figure 4.11. (Ammonium, sodium, or potassium, anyone?)

Need chemicals? You can find them on the B2B exchange Web site ChemNet.

B2B auctions are Web-based auctions that occur between businesses. The auctions can be either sell side or buy side. An example of a sell-side auction is a B2B auction that occurs on eBay or a site like AssetAuctions.com where surplus industrial equipment is sold. Motorola regularly sells small quantities of products at the end of their life cycles on eBay. Motorola has found that eBay is a good way to make some money from products that businesses are reluctant to buy otherwise because they are being discontinued3. Sell-side auctions are sometimes referred to as forward auctions.

Buy-side auctions, by contrast, reverse the traditional auction formula, which is to help the seller get the highest price for the product. Instead, the buyer initiates the auction in order to find the cheapest supplier of a product. Sellers then bid against one another, offering the lowest prices they can for their products, in order to get the buyer’s business. Because the roles of the buyers and sellers are reversed in buy-side auctions, they are often referred to as reverse auctions.

One of the consequences of e-commerce is that B2B customers can easily shop around from the convenience of their cubicles or offices, bid on products, and read blogs about products from industry experts. That’s what buyers generally do before they get on the phone or personally meet with sellers. E-commerce has made it especially easy for buyers to compare prices. And the cheapest price often attracts the most attention.

The result is that B2B sellers (and B2C sellers) have found their ability to raise prices is limited. The problem is more acute when products are very similar to one another (commodities) and B2B auctions and exchanges are utilized. If you are a buyer of chemicals looking for a supplier on ChemNet, do you want to pay more for one brand of a chemical that has the same molecular formula as every other brand? Maybe not. However, if you believe you can get better service from one company than from another, you might pay more. “Everything has become much more of a commodity, commodity meaning that it’s basically more and more about price,” says Kohler about e-commerce competition. “So my challenge as a distributor is that I have got to constantly find new ways to try to create value for Hubert’s customers.” When he is able to find a new way to create value, the decision becomes less about price and he can compete more effectively.

To avoid e-commerce price wars, some companies refuse to sell their products directly online or put prices on them. Snapper products are an example. Go to Snapper.com, and you will find a lot of information about Snapper mowers and snowblowers online and dealers where you can buy them. But you won’t see any prices listed. Nor can you buy a product directly from the Web site.

Firms in the same industry tend to cluster in the same geographic areas because the resources these firms need—both human and natural—are located in some areas and not others. Sellers also want to be close to their buyers. E-commerce, or commerce conducted electronically such as over the Internet, has made locating near buyers less important for business-to-business sellers and opened up opportunities for them to sell their products around the world. However, e-commerce has also led to more competition and made it difficult for sellers to raise their prices. B2B e-commerce was slower to take hold than B2C e-commerce. Companies have since developed sophisticated e-commerce systems, including sell-side and buy-side Web sites, exchanges, and B2B auctions.

1Information from Bart Kohler based on a telephone interview conducted by Dr. Camille Schuster.