When faced with an opportunity to exaggerate in job interviews, who would exaggerate more: professors, politicians, preachers, or salespeople? Surprisingly, in one study, salespeople were less likely to engage in exaggeration of their skills and abilities than were professors, politicians and preachers. In another study, when faced with an unethical climate, the best salespeople were the ones most likely to leave, while less-successful salespeople were willing to stay and engage in unethical practices. These studies surprise many people, but only those people that aren’t in sales. Most salespeople are scrupulously ethical and, like Ted Schulte mentioned at the start of the chapter, they are in sales because they really enjoy working to help people solve problems.

Let’s examine each of the issues. In the first issue, a customer owns the information about their business. The salesperson may hold that information, such as how many cases of the product they purchase or who their customers are, but that salesperson does not have the right to share that information with the customer’s competitor. In many instances, a buyer may ask the seller to sign a nondisclosure agreement because, in order to serve the buyer, the seller will gain access to important private information about that buyer. But even if there is no nondisclosure agreement, courts are likely to agree with the buyer that the seller has an obligation to protect the buyer’s information.

In the second issue, the concern is whether the gift is so extravagant that it is considered a bribe. In some companies, such as IBM and Walmart, buyers are not allowed to accept so much as a free cup of coffee from a seller. These companies do not allow their buyers to receive promotional items such as a pen or coffee cup with the seller’s logo on it because they want every vendor to have free access to sales opportunities and earn the business on their merits, not their freebies. Many buyers would question the motives of a salesperson giving too large a gift. Most salespeople agree that lavish entertainment and gifts are becoming less important in business because decision makers know these add to the costs of doing business and they’d rather get a better price than be entertained. 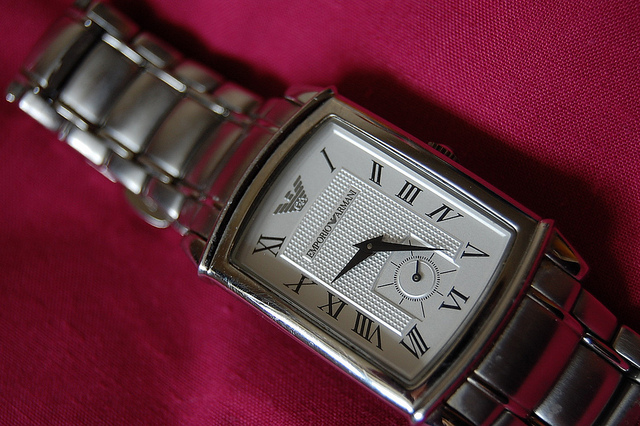 Lavish gifts like this watch may be nice, but many buyers will consider it too lavish and wonder about the salesperson’s motives.

The third issue is tough for salespeople because there are two factors involved: a possible violation of company policy and providing an unfair advantage to one customer. Customers may not know that their special request could get the salesperson in trouble and the request may be reasonable, just against company policy. In that instance, the salesperson should not follow through on the request, though it might make sense to see if the policy can be changed. The second factor, though, is a bit more difficult because the request can be unfair to other customers, and may cause legal problems. As long as the special request can be provided to anyone who asks for it, no law is broken. What if the special request is for a discount? Pricing discrimination laws could come into play if such a discount is not made available to all who ask. What if the request isn’t illegal, but other customers find out and get upset that they weren’t offered the same benefit? Then the salesperson may get a reputation for being untrustworthy. 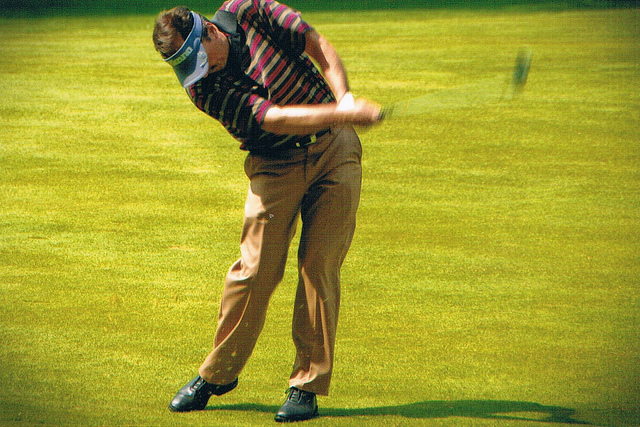 Even though it is a beautiful day for golf, a salesperson who takes time away from the job is stealing time from the company, and losing sales opportunities as well. Taking a customer to play may be a different story; such a game may be a time to strengthen a relationship, as long as the customer does not feel manipulated or obligated.

These are not the only issues that salespeople face. In the United States, two basic principles of business are that everyone should have an equal opportunity to earn business, and the customer remains free to make a choice. Manipulation, a form of unethical sales behavior, unfairly reduces or eliminates a buyer’s ability or opportunity to make a choice. Persuasion, on the other hand, may influence a buyer’s decision, but the decision remains the buyer’s. Manipulation can include misrepresentation, or claiming a product does something it doesn’t, but it can also include withholding important information, using hard-sell tactics, and other unfair sales tactics.

However, as mentioned earlier, salespeople tend to be ethical people. The use of manipulative sales tactics is actually pretty rare.

Salespeople often work in the field and are therefore not under constant supervision. Even inside salespeople may be able to get away with less than ethical behavior as no supervisor can watch or hear everything. So how do companies manage ethical practices?

The first step is to develop policies based on the company’s mission and values (recall these from Chapter 2 “Strategic Planning”) that describe what is acceptable and what is not. Good ethical policies not only list or describe appropriate and inappropriate behaviors; they also describe the underlying principles. Not all ethical dilemmas can be listed in a policy, so by detailing the principles and values that make up the reasoning behind the policies, salespeople and sales managers will be more prepared to respond appropriately.

Codes of ethics, or ethics policies, can be pretty detailed. Shell’s ethics policy, for example, is a book over twenty pages long! Not only do these cover how salespeople (and other company representatives) should interact with customers, they also detail how employees should treat each other and how the company’s vendors should be treated. (To see an example of a brief code of ethics for salespeople, visit Sales and Marketing Executives International’s Web site, http://www.smei.org/displaycommon.cfm?an=1&subarticlenbr=16.)

A good second step is to train all salespeople and sales managers on the policy. One reason for such training is to secure greater support and application of the policy, but another reason is that, should a salesperson engage in an unethical or illegal activity, the company is protected. The Federal Sentencing Guidelines (FSG) were first developed in 1987 and then updated in 2007, and specify what happens to companies when employees commit breaches of ethics. Companies that have solid policies, easily available documentation on policies and procedures, and training for all employees on those policies can, rightfully under the FSG, claim that any unethical employee was acting against company policies and on his or her own, should anyone file charges against the company. Solid policies and employee training can then be used as a defense against such charges, and the company would not be held liable.

Yet training alone is insufficient. The company must also enforce the policy and have procedures in place that make enforcement possible. For example, a company should have a mechanism for reporting unethical activity in a way that protects the person making the report. Many companies have anonymous message boxes that enable an employee to report unethical activity. One similar and common practice is to have an ethics office, charged with investigating any complaints. The FSG requires that companies also have internal auditing procedures to ensure that misconduct can be detected.

Note that these codes of ethics, the FSG, and the policies and procedures affect all employees. These were not created just because of salespeople. Marketers have faced ethics challenges in how claims are made in advertising, while supply chain managers have encountered dilemmas in dealing ethically with vendors. Managers, in any area of the firm, encounter challenges regarding equal opportunity and creating an appropriately professional work environment.

Sales managers face the same challenges in managing salespeople that all managers face. These include ensuring that hiring, compensation, and other management practices are not discriminatory; that sexual harassment finds no home in the workplace; and that employees are treated with dignity and respect.

Other challenges may arise, though. For example, salespeople have to be in front of customers when customers are available. Earlier, we discussed how the number of calls made can impact a salesperson’s success. So should a sales manager schedule all training sessions on weekends, when buyers are at home and not available for sales calls? Does the answer to that question change if the salesperson is paid a salary or a commission?

Recently, one sales manager reported a customer who said he did not want Muslims calling on him. Another sales manager said when she and her salesperson (another woman) sat down with a buyer (a male), the buyer had pornography on his computer monitor. Do those sales managers assign new salespeople to the accounts? Or do they “fire” the customer? If the customer was to be fired, the salesperson would lose commission. Yet in both instances, the managers said they fired the customer, an action that both salespeople were happy with, and they were reassured that the loss of the sale wouldn’t be held against them. The loss of the commission was worth it.

In sales, several laws apply that also apply in other areas of marketing but are more prominent in sales. For example, the Uniform Commercial Code (UCC) determines when a sale is a sale. Typically, a sale is a sale when the product is delivered and accepted by the buyer. In most instances, the customer can cancel the order with no penalty unless accepted. Sales managers have to be aware of such laws in order to avoid creating policies that can be illegal.

Laws that affect sales operations include pricing discrimination, which we discuss in Chapter 15 “Price, the Only Revenue Generator”, and privacy laws, discussed earlier. In addition, laws regarding hiring practices, workplace safety, and others can affect sales managers. If global sales situations arise, the Federal Corrupt Practices Act—which prohibits bribery and other practices that might be culturally acceptable elsewhere but that are illegal in the United States—comes into play.

For these reasons, sales managers should develop close working relationships with the human resources department. These professionals, along with the legal department, are charged with staying abreast of legal changes that influence management practice.

Salespeople are, for the most part, caring, ethical professionals. They do face unique ethical challenges because of their job, including how to handle unethical requests from customers and making sure that they know and follow all company policies for interacting with customers. American salespeople have the added constraint that what’s illegal in the United States is illegal for them in other countries because of the Foreign Corrupt Practices Act, even if the behavior in question is acceptable to those countries’ laws and practices.

Sales managers have all the usual management concerns, such as fair hiring practices. According to the Federal Sentencing Guidelines, managers also have to develop policies and practices that codify ethical behaviors, train salespeople on the ethics policies, and ensure that the policies are followed. In addition, sales managers have to be aware of laws such as the Universal Commercial Code and others that govern sales transactions.