The societal perspective examines how media institutions interact with other major institutions in society. As a communications professional, it is important to understand the societal implications of your work and the rules under which you operate.

Professional education and licensing have been traditional means by which society has sought to ensure legal and ethical behavior from those who bear important social responsibilities. For law, medicine, accounting, teaching, architecture, engineering and other fields of expertise, specific training is followed by examinations, state licensing and administration of oaths that include promises to live up to the standards established for the profession.

However, there is no U.S. law that requires communicators to be licensed. Without the power to control entry into the field and withdraw the license to operate as in these other professions, it is even more important for mass communication professionals to police themselves. Especially in light of the huge explosion of “fake news” being generated by individuals with political, cultural or financial motives, legitimate news professionals must defend their crucial role in society.

Let’s look at examples of the way the media interact with other major social institutions. One of the major tenets of journalism is the goal of exposing public officials or business executives to public scrutiny. This “watchdog” role, one of the most important functions of the press, is used to justify journalists’ behavior in investigating what public officials or corporate executives are doing and whether or not they are meeting their responsibilities to constituents, citizens or shareholders. The First Amendment protects journalists’ rights to challenge government power.

However, serious observers argue that when overly aggressive investigative techniques expose individual politicians or corporate executives to scrutiny about their private lives that may have nothing to do with the performance of their official duties, it causes cynicism, it undermines public confidence in major social institutions, and it drives people away from participation in public and civic engagement. How far does the “watchdog” role go? When is a journalist crossing the line from examining public behavior to voyeurism about private lives?

Similarly, strategic communications professionals face questions about their interactions with other major social institutions. There is more and more agitation for government regulation of advertising because people perceive that advertisers do not police themselves enough. 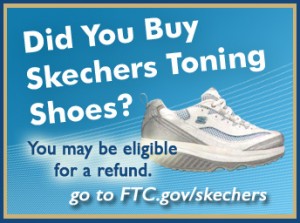 In 2012, the Federal Trade Commission imposed the largest fine in its history on the company that manufactures Skechers athletic shoes and apparel. The company paid $40 million because its ads falsely represented clinical studies backing up claims that Shape-Ups, Resistance Runner, Toners, and Tone-Ups would help people lose weight, and strengthen and tone their gluteal, leg and abdominal muscles. The ads used lines such as “Shape up while you walk,” and “Get in shape without setting foot in a gym.” As part of the settlement, Skechers had to take down the advertising and inform retailers to remove the deceptive claims. It also agreed to stop misrepresenting any tests, studies, or research results regarding toning shoes. And customers who purchased the shoes or apparel were able to file through the FTC for a refund from the company. (Bachman)

The example points out the interactions between advertisers, government regulators and the public at the societal level.

Another example points out the social responsibility interactions between advertisers, corporations and the customers they serve around the sensitive issue of personal privacy.

The social network Facebook, used by 900 million people worldwide, agreed in June 2012 to pay $20 million to settle a lawsuit in California that claimed Facebook publicized that some of its users had “liked” certain advertisers but didn’t pay the users, or give them a way to opt out.

The so-called “Sponsored Story” feature on Facebook was essentially an advertisement that appeared on the site and included a member’s Facebook page and generally consisted of another friend’s name, profile picture and a statement that the person “likes” that advertiser. The suit was one in a long list of complaints against the social media giant and other online organizations such as Google that appear to be working with advertisers to intrude on consumers’ privacy. (Levine & McBride)

privacy advocates and federal/state regulators that it has created a way for people to opt out of having their online behavior tracked. A turquoise triangle that appears in the upper right-hand corner of banner ads on web sites allows users who click on it to remove themselves from having personalized advertising directed at them.

The group created the option in reaction to pressure from other institutions, including the Federal Trade Commission, which are threatening to regulate mobile and digital privacy and exert more control over children’s privacy online. The example points out how various societal-level institutions interact to impose social responsibility on media practitioners if they do not regulate themselves.

As strategic communicators have adopted social media platforms to distribute their messages, scrutiny by other societal institutions has increased. The Federal Trade Commission was so concerned about claims being made by advertisers and PR practitioners via social media that they updated their social media guidelines in 2013.

The mention of company-specific social media policies leads us to the next category of responsibility: the professional or organizational perspective.

Information Strategies for Communicators by Kathleen A. Hansen and Nora Paul is licensed under a Creative Commons Attribution 4.0 International License, except where otherwise noted.