While state and federal laws must be followed to ensure multiculturalism, the culture of the company and the way the organization operates can contribute to the nurturing of a multicultural environment (or not). Most companies have a formalized and written antidiscrimination and harassment policy. For example, Zappos’s policy states, “The diversity of Zappos’ employees is a tremendous asset. We are firmly committed to providing equal opportunity in all aspects of employment and will not tolerate any illegal discrimination or harassment. Examples of such behavior include derogatory comments based on racial or ethnic characteristics and unwelcome sexual advances. Please refer to the applicable sections of the Employee Handbook for further guidance1.”

Implementing a policy is an excellent first step, but what is important is how the company acts on those formalized processes and written policies. Let’s say, for example, an organization has a published policy on inclusion of those with physical disabilities, but much “schmoozing” and relationship development with managers takes place on the golf course on Friday afternoons. While the policy states the company doesn’t discriminate, their actions and “traditions” show otherwise and do discriminate against those with disabilities. If this is where the informal work and relationship building take place, an entire group could be left out of this process, likely resulting in lower pay and promotion rates. Likewise, organizations that have a “beer Friday” environment may discriminate against those whose religions do not condone drinking alcohol. While none of these situations are examples of blatant discrimination, a company’s culture can contribute to an environment that is exclusive rather than inclusive.

In Section 3.2.1 “Recruitment and Selection”, we discuss some of the HR plan considerations in company culture and “our way of doing things” that are worth considering when creating a diversity plan.

As you saw in the opening of Chapter 3 “Diversity and Multiculturalism”, sometimes organizations do not mean to be exclusive or discriminatory, but their practices are discriminatory and illegal. For example, the Equal Employment Opportunity Commission (EEOC) says it is illegal to publish a job advertisement that shows a preference for a particular type of person or discourages someone from applying for a job. For example, a Facebook post that says “recent college graduates wanted” might be inclusive to a younger group and discouraging to a diverse (older) workforce, not making the post multicultural. Another example might be the reliance on word-of-mouth advertisement for job openings. Suppose you have a mostly Hispanic workforce and use word of mouth for recruitment. It is likely that most new hires will also be Hispanic. This is also illegal, but perhaps a consideration is the lack of diversity you will have in your workplace with these recruitment methods.

Make sure that job announcements aren’t posted only for your Facebook friends to see; post them in a variety of places to gain the largest and most diverse response.

Because .4, or 40 percent, is less than four-fifths, there may be adverse impact in the selection process for firefighters.

If employment tests are required, a test must be in direct relation to the job. For example, an organization that uses a personality test in hiring must be able to show that the personality test results are nondiscriminatory and do not exclude a population.

In addition, if a reasonable accommodation is needed, such as an interpreter, and it does not cause financial difficulty for the organization, this should be granted.

Also consider the type of test and how it might exclude a certain group of people, such as those who don’t speak English as a first language. We will discuss multiculturalism and testing further in Chapter 5 “Selection”.

Development of policies related to pay and promotion is key to fairness in a multicultural situation. It is widely published that women make about 77 percent of what men earn for similar jobs2. Many studies have tried to determine a cause for this pay inequity, and here are some of the possible reasons studied and researched:

Whatever the reason for pay difference, all managers should be aware of these differences when hiring and promoting. Allowing managers to determine the pay for their employees can also bring out negative stereotypes—and lead to breaking of the law. Determining a set pay schedule for all new and promoted employees can help remedy this situation.

A factor in promotions can also be the mentor-mentee relationship. Most individuals in organizations will have an informal mentor who helps them “through the ranks.” Traditionally, this informal mentor relationship results in someone “pairing up” with another who has similar physical characteristics, is the same gender, or has a similar mind-set. As a result, if the organization has, for example, mostly men, it is likely the female will not be informally mentored, which can result in lack of promotion. Likewise, if the workforce consists of mostly Caucasian females, it is likely the African American male may not develop an informal mentor relationship with his female counterparts. Development of a formal mentorship program to ensure that everyone has a mentor is one way to alleviate this situation. Mentorship programs are discussed in Chapter 8 “Training and Development”.

Now that you have an awareness of the aspects of HR that could be affected by multiculturalism, you may consider what steps you can take to create a more multicultural workplace. The first step would be to create a diversity plan, as discussed earlier in this section. The second step would be to look at the operation of the HR department and to figure out what departmental measures can be taken to promote diversity.

HR, for example, can provide a training series on power and privilege and how it relates to the workplace. Awareness is the first step to creating a truly multicultural environment. Once employees recognize their own power and privilege, the training could be developed to include laws related to diversity, and discussions on bias can take place. Then discussions can be held on how to improve HR plans such as job analysis, recruitment, and selection to create a multicultural work environment. Rather than thinking about this training as one of many objectives that must be accomplished, think about the training from the conversation perspective. Getting the conversation started is the first step in this personal and professional development process for employees. 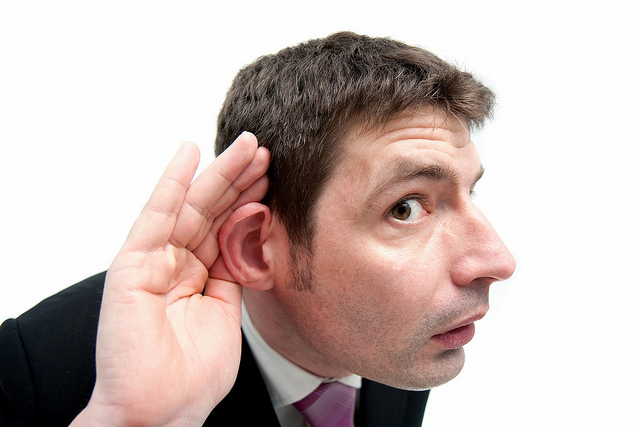 Checking your own perceptions on multiculturalism can be a good first step to creating a more multicultural and diverse workplace.

Some of the aspects to creating a training focused on multiculturalism might include the following:

While these suggestions may not eliminate power and privilege, the ability to talk about differences and expectations can be a key ingredient to creating a more inclusive environment. Sometimes this type of training can help people evaluate their perceptions. For example, suppose a complaint came through that a woman was making derogatory sexual comments to only one group of men in an organization. When talked to about it, she said she made comments to the “techies” because she thought the comments would provide them a needed confidence boost, but she generally wouldn’t make those types of comments. This is an example of her perception (“techies” need confidence boosts from women) followed by her action (the comments) on this perception. When we assume our perceptions are correct, we are usually wrong. Training can get people to consider their emotions, stereotypes, and expectations. Besides training, asking ourselves a series of important questions can be the start to making diversity and multiculturalism work. The University of California, San Francisco human resource department lists some of these questions, which are shown in the sidebar.

Things to Consider When Creating a Multicultural and Diverse Work Environment

Why is multiculturalism important in the workplace? What is your role, as an employee in your organization, to ensure a diverse workforce?

Your manager is very concerned about the cost of hiring the three new people you need. As a result, she doesn’t want to post the advertisement in a variety of places; she thinks it’s best to just use a “refer a friend” recruitment strategy. When she moves forward with this strategy, ten people turn in résumés. Upon looking further, it appears all applicants went to the same private religious college and graduated around the same time. You are concerned that this method of recruitment lacks diversity. How would you handle this with your manager?

Hekman, D. R., Karl Aquino and Brad P. Owens, “An Examination of Whether and How Racial and Gender Biases Influence Customer Satisfaction,” Academy of Management Journal 53, no. 2 (April 2010): 238–264.