When revising your document, it can be helpful to focus on specific points. When you consider each point in turn, you will be able to break down the revision process into manageable steps. When you have examined each point, you can be confident that you have avoided many possible areas for errors. Specific revision requires attention to the following:

Let’s examine these characteristics one by one.

Format is an important part of the revision process. Format involves the design expectations of author and audience. If a letter format normally designates a date at the top, or the sender’s address on the left side of the page before the salutation, the information should be in the correct location. Formatting that is messy or fails to conform to the company style will reflect poorly on you before the reader even starts to read it. By presenting a document that is properly formatted according to the expectations of your organization and your readers, you will start off making a good impression.

Another key part of the revision process is checking your facts. Did you know that news organizations and magazines employ professional fact-checkers? These workers are responsible for examining every article before it gets published and consulting original sources to make sure the information in the article is accurate. This can involve making phone calls to the people who were interviewed for the article—for example, “Mr. Diaz, our report states that you are thirty-nine years old. Our article will be published on the fifteenth. Will that be your correct age on that date?” Fact checking also involves looking facts up in encyclopedias, directories, atlases, and other standard reference works; and, increasingly, in online sources.

While you can’t be expected to have the skills of a professional fact-checker, you do need to reread your writing with a critical eye to the information in it. Inaccurate content can expose you and your organization to liability, and will create far more work than a simple revision of a document. So, when you revise a document, ask yourself the following:

It is often useful to do independent verification—that is, look up the fact in a different source from the one where you first got it. For example, perhaps a colleague gave you a list of closing averages for the Dow Jones Industrial on certain dates. You still have the list, so you can make sure your document agrees with the numbers your colleague provided. But what if your colleague made a mistake? The Web sites of the Wall Street Journal and other major newspapers list closings for “the Dow,” so it is reasonably easy for you to look up the numbers and verify them independently. 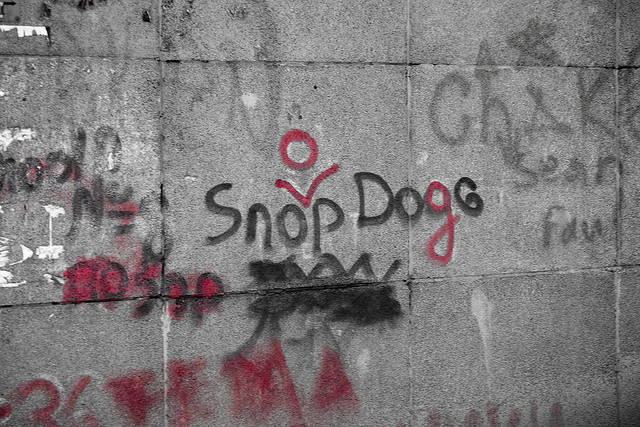 There is no more embarrassing error in business writing than to misspell someone’s name. To the writer, and to some readers, spelling a name “Michelle” instead of “Michele” may seem like a minor matter, but to Michele herself it will make a big difference. Attribution is one way we often involve a person’s name, and giving credit where credit is due is essential. There are many other reasons for including someone’s name, but regardless of your reasons for choosing to focus on them, you need to make sure the spelling is correct. Incorrect spelling of names is a quick way to undermine your credibility; it can also have a negative impact on your organization’s reputation, and in some cases it may even have legal ramifications.

Correct spelling is another element essential for your credibility, and errors will be glaringly obvious to many readers. The negative impact on your reputation as a writer, and its perception that you lack attention to detail or do not value your work, will be hard to overcome. In addition to the negative personal consequences, spelling errors can become factual errors and destroy the value of content. This may lead you to click the “spell check” button in your word processing program, but computer spell-checking is not enough. Spell checkers have improved in the years since they were first invented, but they are not infallible. They can and do make mistakes.

Punctuation marks are the traffic signals, signs, and indications that allow us to navigate the written word. They serve to warn us in advance when a transition is coming or the complete thought has come to an end. A period indicates the thought is complete, while a comma signals that additional elements or modifiers are coming. Correct signals will help your reader follow the thoughts through sentences and paragraphs, and enable you to communicate with maximum efficiency while reducing the probability of error (Strunk, 1979).

Table 7.1 “Punctuation Marks” lists twelve punctuation marks that are commonly used in English in alphabetical order along with an example of each.

It may be daunting to realize that the number of possible punctuation errors is as extensive as the number of symbols and constructions available to the author. Software program may catch many punctuation errors, but again it is the committed writer that makes the difference. Here we will provide details on how to avoid mistakes with three of the most commonly used punctuation marks: the comma, the semicolon, and the apostrophe.

The comma is probably the most versatile of all punctuation marks. This means you as a writer can use your judgment in many cases as to whether you need a comma or not. It also means that the possible errors involving commas are many. Commas are necessary some of the time, but careless writers often place a comma in a sentence where it is simply not needed.

Commas are used to separate two independent clauses joined by a conjunction like “but,” “and,” and “or.”

Commas are not used simply to join two independent clauses. This is known as the comma splice error, and the way to correct it is to insert a conjunction after the comma.

Commas are used for introductory phrases and to offset clauses that are not essential to the sentence. If the meaning would remain intact without the phrase, it is considered nonessential.

Commas are used to offset words that help create unity across a sentence like “however” and “therefore.”

Commas are often used to separate more than one adjective modifying a noun.

Commas are used to separate addresses, dates, and titles; they are also used in dialogue sequences.

Semicolons have two uses. First, they indicate relationships among groups of items in a series when the individual items are separated by commas. Second, a semicolon can be used to join two independent clauses; this is another way of avoiding the comma splice error mentioned above. Using a semicolon this way is often effective if the meaning of the two independent clauses is linked in some way, such as a cause-effect relationship.

The apostrophe, like the semicolon, has two uses: it replaces letters omitted in a contraction, and it often indicates the possessive.

Because contractions are associated with an informal style, they may not be appropriate for some professional writing. The business writer will—as always—evaluate the expectations and audience of the given assignment.

Learning to use good, correct standard English grammar is more of a practice than an event, or even a process. Grammar involves the written construction of meaning from words and involves customs that evolve and adapt to usage over time. Because grammar is always evolving, none of us can sit back and rest assured that we “know” how to write with proper grammar. Instead, it is important to write and revise with close attention to grammar, keeping in mind that grammatical errors can undermine your credibility, reflect poorly on your employer, and cause misunderstandings.

Jean Wyrick has provided a list of common errors in grammar to watch out for, which we have adapted here for easy reference (Wyrick, 2008). In each case, the error is in italics and the [correct form] is italicized within square bracket.

The subject and verb should agree on the number under consideration. In faulty writing, a singular subject is sometimes mismatched with a plural verb form, or vice versa.

Verb tense refers to the point in time where action occurs. The most common tenses are past, present, and future. There is nothing wrong with mixing tenses in a sentence if the action is intended to take place at different times. In faulty or careless writing, however, they are often mismatched illogically.

The infinitive form of verb is one without a reference to time, and in its standard form it includes the auxiliary word “to,” as in “to write is to revise.” It has been customary to keep the “to” next to the verb; to place an adverb between them is known as splitting the infinitive. Some modern writers do this all the time (for example, “to boldly go…”), and since all grammar is essentially a set of customs that govern the written word, you will need to understand what the custom is where you work. If you are working with colleagues trained across the last fifty years, they may find split infinitives annoying. For this reason, it’s often best to avoid splitting an infinitive wherever you can do so without distorting the meaning of the sentence.

A double negative uses two negatives to communicate a single idea, duplicating the negation. In some languages, such as Spanish, when the main action in the sentence is negative, it is correct to express the other elements in the sentence negatively as well. However, in English, this is incorrect. In addition to sounding wrong (you can often hear the error if you read the sentence out loud), a double negative in English causes an error in logic, because two negatives cancel each other out and yield a positive. In fact, the wording of ballot measures is often criticized for confusing voters with double negatives.

Most verbs represent the past with the addition of the suffix “ed,” as in “ask” becomes “asked.” Irregular verbs change a vowel or convert to another word when representing the past tense. Consider the irregular verb “to go”; the past tense is “went,” not “goed.”

Commas in a Series

A comma is used to separate the items in a series, but in some writing styles the comma is omitted between the final two items of the series, where the conjunction joins the last and next-to-last items. The comma in this position is known as the “serial comma.” The serial comma is typically required in academic writing and typically omitted in journalism. Other writers omit the serial comma if the final two items in the series have a closer logical connection than the other items. In business writing, you may use it or omit it according to the prevailing style in your organization or industry. Know your audience and be aware of the rule.

When comparing two objects by degree, there should be no mention of “est,” as in “biggest” as all you can really say is that one is bigger than the other. If you are comparing three or more objects, then “est” will accurately communicate which is the “biggest” of them all.

Modifiers describe a subject in a sentence or indicate how or when the subject carried out the action. If the subject is omitted, the modifier intended for the subject is left dangling or hanging out on its own without a clear relationship to the sentence. Who is doing the seeing in the first sentence?

Modifiers that are misplaced are not lost, they are simply in the wrong place. Their unfortunate location is often far from the word or words they describe, making it easy for readers to misinterpret the sentence.

By revising for format, facts, names, spelling, punctuation, and grammar, you can increase your chances of correcting many common errors in your writing.