Aggression is a word that we use every day to characterize the behavior of others and perhaps even of ourselves. We say that people are aggressive if they yell at or hit each other, if they cut off other cars in traffic, or even when they smash their fists on the table in frustration. But other harmful acts, such as the injuries that sports players receive during a rough game or the killing of enemy soldiers in a war might not be viewed by everyone as aggression. Because aggression is so difficult to define, social psychologists (as well as many other people, including lawyers) judges and politicians, have spent a great deal of time trying to determine what should and should not be considered aggression. Doing so forces us to make use of the processes of causal attribution to help us determine the reasons for the behavior of others.

Social psychologists define aggression as behavior that is intended to harm another individual who does not wish to be harmed (Baron & Richardson, 1994). Because it involves the perception of intent, what looks like aggression from one point of view may not look that way from another, and the same harmful behavior may or may not be aggressive depending on its intent.

You can see that this definition rules out some behaviors that we might normally think are aggressive. For instance, a football linebacker who accidentally breaks the arm of another player or a driver who accidentally hits a pedestrian would not by our definition be displaying aggression because although harm was done, there was no intent to harm. A salesperson who attempts to make a sale through repeated phone calls is not aggressive because he is not intending any harm. (We should say this behavior is “assertive” rather than aggressive.) And not all intentional behaviors that hurt others are aggressive behaviors. A dentist might intentionally give a patient a painful injection of a painkiller, but the goal is to prevent further pain during the procedure.

Because our definition requires us to determine the intent of the perpetrator, there is going to be some interpretation of these intents and there may well be disagreement among the parties involved. The U.S. government perceives the development of a nuclear weapon by North Korea as aggressive because the government believes that the weapon is intended to harm others, but North Korea may see the program as promoting self-defense. Although the player whose arm is broken in a football game may attribute hostile intent, the other player may claim that the injury was not intended. Within the legal system, juries and judges are frequently asked to determine whether harm was done intentionally.

Social psychologists use the term violence to refer to aggression that has extreme physical harm, such as injury or death, as its goal. Thus violence is a subset of aggression. All violent acts are aggressive, but only acts that are intended to cause extreme physical damage, such as murder, assault, rape, and robbery, are violent. Slapping someone really hard across the face might be violent, but calling people names would only be aggressive.

The type or level of intent that underlies an aggressive behavior creates the distinction between two fundamental types of aggression, which are caused by very different psychological processes. Emotional or impulsive aggression refers to aggression that occurs with only a small amount of forethought or intent and that is determined primarily by impulsive emotions. Emotional aggression is the result of the extreme negative emotions we’re experiencing at the time that we aggress and is not really intended to create any positive outcomes. When Sarah yells at her boyfriend, this is probably emotional aggression—it is impulsive and carried out in the heat of the moment. Other examples are the jealous lover who strikes out in rage or the sports fans at my university who, after our basketball team won the national NCAA championship, lit fires and destroyed cars around the stadium.

Social psychologists agree that aggression can be verbal as well as physical. Therefore, slinging insults at a boyfriend is definitely, according to our definition, aggressive, just as hitting someone is. Physical aggression is aggression that involves harming others physically—for instance hitting, kicking, stabbing, or shooting them. Nonphysical aggression is aggression that does not involve physical harm. Nonphysical aggression includes verbal aggression (yelling, screaming, swearing, and name calling) and relational or social aggression, which is defined as intentionally harming another person’s social relationships, for instance by gossiping about another person, excluding others from our friendship, or giving others the “silent treatment” (Crick & Grotpeter, 1995). Nonverbal aggression also occurs in the form of sexual, racial, and homophobic jokes and epithets, which are designed to cause harm to individuals.

The list that follows this paragraph (adapted from Archer & Coyne, 2005) presents some examples of the types of nonphysical aggression that have been observed in children and adults. One reason that people may use nonphysical rather than physical aggression is that it is more subtle. When we use these techniques we may be able to better get away with it—we can be aggressive without appearing to others to be aggressing.

Recently, there has been an increase in school bullying through cyberbullying—aggression inflicted through the use of computers, cell phones, and other electronic devices (Hinduja & Patchin, 2009). Perhaps the most notable recent example was the suicide of 18-year-old Rutgers University student Tyler Clementi on September 22, 2010. Tyler’s last words before he died were shared through an update to his Facebook status:

“jumping off the gw bridge sorry”

Clementi’s suicide occurred after his roommate, Dharun Ravi, and Ravi’s friend Molly Wei secretly enabled a remote webcam in a room where Tyler and a male friend were sharing a sexual encounter and then broadcasted the streaming video footage across the Internet.

Cyberbullying can be directed at anyone, but lesbian, gay, bisexual, and transgendered (LGBT) students are most likely to be the targets (Potok, 2010). Blumenfeld and Cooper (2010) found that 54% of LGBT youth reported being cyberbullied within the past three months.

Hinduja and Patchin (2009) found that youth who report being victims of cyberbullying experience a variety of stresses from it, including psychological disorders, alcohol use, and in extreme cases, suicide. In addition to its emotional toll, cyberbullying also negatively affects students’ participation in, and success at, school.

Social Psychology in the Public Interest

There is perhaps no clearer example of the prevalence of violence in our everyday lives than the increase in terrorism that has been observed in the past decades. These terrorist attacks have occurred in many countries across the world, in both Eastern as well as Western cultures. Even affluent Western democracies such as Denmark, Italy, Spain, France, Canada, and the United States have experienced terrorism, which has killed thousands of people, primarily innocent civilians. Terrorists use tactics such as killing civilians to create publicity for their causes and to lead the governments of the countries that are attacked to overrespond to the threats (McCauley, 2004).

How can we understand the motives and goals of terrorists? Are they naturally evil people whose primary desire is hurt others? Or are they more motivated to gain something for themselves, their families, or their countries? What are the thoughts and feelings that terrorists experience that drive them to their extreme behaviors? And what person and situational variables cause terrorism?

Prior research has attempted to determine if there are particular personality characteristics that describe terrorists (Horgan, 2005). Perhaps terrorists are individuals with some kind of deep psychological disturbance. However, the research conducted on various terrorist organizations does not reveal anything distinctive about the psychological makeup of individual terrorists.

Empirical data has also found little evidence for some of the situational variables that might have been expected to be important. There is little evidence for a relation between poverty or lack of education and terrorism. Furthermore, terrorist groups seem to be quite different from each other in terms of their size, organizational structure, and sources of support.

Arie Kruglanski and Shira Fishman (2006) have argued that it is best to understand terrorism not from the point of view of either particular personality traits or particular situational causes but rather as a type of instrumental aggression—a means to an end. In their view, terrorism is simply a “tool,” a tactic of warfare that anyone from any nation, military group, or even a lone perpetrator could use.

Kruglanski and his colleagues argue that terrorists believe that they can gain something through their terrorist acts that they could not gain through other methods. The terrorist makes a cognitive, deliberate, and instrumental decision that his or her action will gain particular objectives. Furthermore, the goal of the terrorist is not to harm others but rather to gain something personally or for one’s religion, beliefs, or country. Even suicide terrorists believe that they are dying for personal gain—for instance, the promise of heavenly paradise, the opportunity to meet Allah and the prophet Muhammad, and rewards for members of one’s family (Berko & Erez, 2007). Thus, for the terrorist, willingness to die in an act of suicidal terrorism may be motivated not so much by the desire to harm others but rather by self-concern—the desire to live forever.

One recent example of the use of terrorism to promote one’s beliefs can be seen in the actions of Anders Behring Breivik, 32, who killed over 90 people in July 2011 through a bomb attack in downtown Olso, Norway, and a shooting spree at a children’s campground. Breivik planned his attacks for years, believing that his actions would help spread his conservative beliefs about immigration and alert the Norwegian government to the threats posed by multiculturalism (and particularly the inclusion of Muslims in Norwegian society). This violent act of instrumental aggression is typical of terrorists. 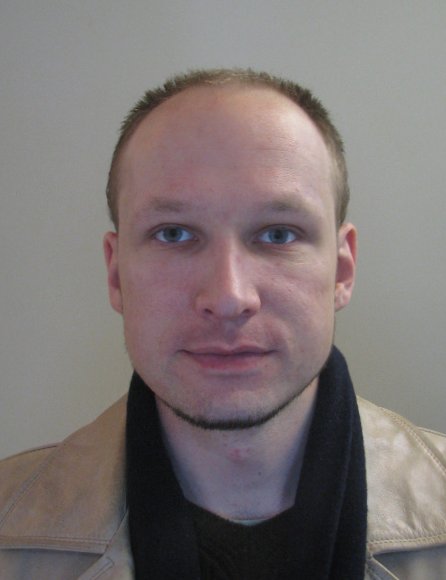 Anders Behring Breivik killed over 90 people in a misguided effort to promote his conservative beliefs about immigration.

Consider how social psychologists would analyze each of the following behaviors. What do you think might have caused each one? Consider your answer in terms of the ABCs of social psychology, as well as the two underlying motivations of enhancing the self and connecting with others.

Sharp, S. (1995). How much does bullying hurt? The effects of bullying on the personal well-being and educational progress of secondary aged students. Educational and Child Psychology, 12(2), 81–88.