Dad Kills Another Dad at a Youth Hockey Game

In 2002, a jury of nine women and three men found Thomas Junta, 44, guilty of involuntary manslaughter in the beating death of Michael Costin, 40. The deadly fight between the two fathers occurred after a hockey practice that their two sons attended in Reading, Massachusetts, on July 5, 2000.

The two men started fighting after arguing over rough play during hockey drills in which their sons participated. There were many witnesses to the incident, including Junta’s son as well as Costin’s three sons.

Junta’s 12-year-old son said he saw Costin jump on his father’s back, but he also said that Junta was kneeling over Costin and beating him and that he had screamed for his father to stop.

As reported by the medical examiner, Costin’s body suffered a lot of trauma, including extensive bleeding in the brain.

“He was on top of him, straddling him…and pounding him on the left side of his head.”

Junta had a hard time keeping his composure on the witness stand, telling the court that he acted out of self-defense and was unaware of how badly he had injured Costin. Costin’s own father and several of his other family members said they forgave Junta, noting that they want to put the incident behind them.

If you go to the movies tonight, you may choose to see one of the more violent ones, in which you will view depictions of assaults, kidnappings, murders, rapes, wars, or executions. If you turn on the TV or surf the Internet you’ll likely see news reports of the real thing—more assaults, kidnappings, murders, rapes, wars, and executions. Indeed, there seems to be more and more violence every day, and we all live with the constant fear of terrorism by weapons of mass destruction. We also suffer more directly from aggression in our everyday life. When we get in our cars we may become the victim of aggressive driving by other drivers, or we may play violent video games that involve—well, more murder and killing. Even relaxing by watching sports on TV will lead us to see violence, as baseball players purposely bean each other with fastballs and hockey players start violent fistfights.

Indeed, the statistics on violence are sobering at many levels (Dutton, Boyanowsky, & Bond, 2005; Staub, 1989). In terms of wars, genocides, and mass killings, the 20th century was the most violent of any century in human existence, and the 21st century is shaping up to be just as brutal. There were over 15,000 homicides, 100,000 rapes, and a million assaults in the United States alone in the year 2006. Child abuse is common—it is estimated that over a million children are physically abused and over 150,000 are sexually abused each year in the United States. Sexual violence is also a serious problem. In the United States, over 20% of female college students report having experienced either an attempted or actual rape (Koss, Gidycz, & Wisniewski, 1987). A majority of college women and about a third of college men say they have experienced coercive sexual contact (Struckman-Johnson & Struckman-Johnson, 1998). And aggression even shows up in children, who routinely fight and bully other children in school.

Although we have argued that people are generally caring toward others—that they have a basic desire to accept, care for, and help them—the violent events that surround us present a problem for this assumption. If people are generally good and care about others so much, then how could anyone possibly kill another human being, let alone participate in a suicide bombing or even genocide? Do aggressive events mean that people are naturally aggressive, violent, and hostile—or are they unusual events, shaped more by particularly extreme social situations that do not reflect the normal character of human beings?

We will answer these questions by considering the underlying principles of aggression—in terms of affect, cognition, and behavior, and in terms of the general goals of protecting the self and reaching out to others. (In this case, however, it is the former goal that prevails.) Aggression is wired into the deepest and oldest parts of our brain and yet is stimulated and controlled by social, situational, and cultural variables. In this chapter we will study the causes of aggression and make some suggestions for how we might be able to reduce it. Most importantly, we will see that—consistent with our analysis of human behavior more generally—aggression is not so much about the goal of harming others as it is about the goal of protecting the self. 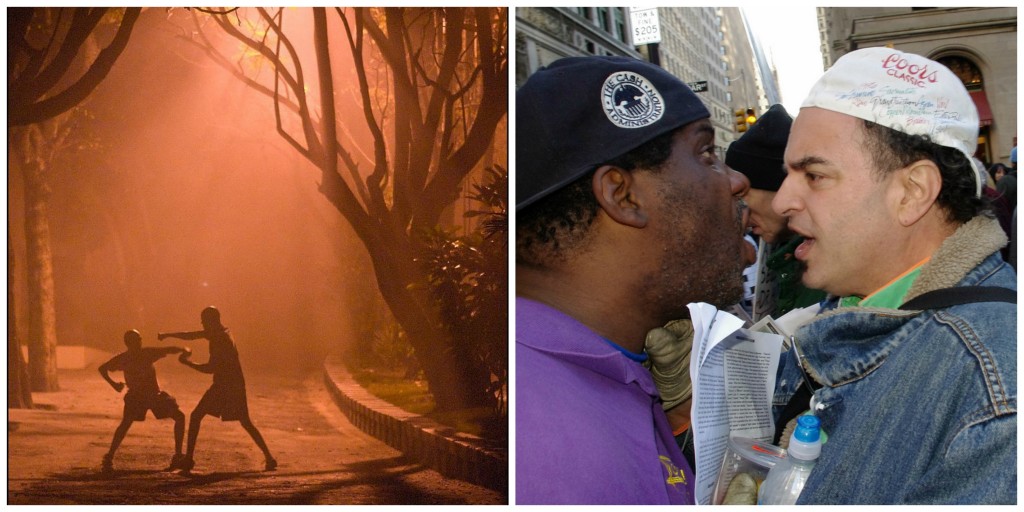 When they feel that their self-concept is threatened, humans may engage in aggressive behavior.

Koss, M. P., Gidycz, C. A., & Wisniewski, N. (1987). The scope of rape: Incidence and prevalence of sexual aggression and victimization in a national sample of higher education students. Journal of Consulting and Clinical Psychology, 55(2), 162–170.

Staub, E. (1989). The roots of evil: The origins of genocide and other group violence. New York, NY: Cambridge University Press.