Mapping is central to many things we do as individuals and as groups. Throughout this book, we’ve seen the ways in which people have used maps for thousands of years, and indeed, it’s likely that they were using maps in times before we had evidence in the form of clay tablets or wall drawings. Today, mapping is a large and growing sector of the economy as well as an important social, cultural, and political phenomenon. Mapping is also important for lifelong learning. Spatial thinking skills are used in many fields, careers, and pastimes. The National Research Council report “Learning to Think Spatially” emphasizes that “with advances in computing technologies and the increasing availability of spatial data, spatial thinking will play a significant role in the information-based economy of the twenty-first century.” Mapping and related technologies and societal practices are the foundation of spatial thinking. 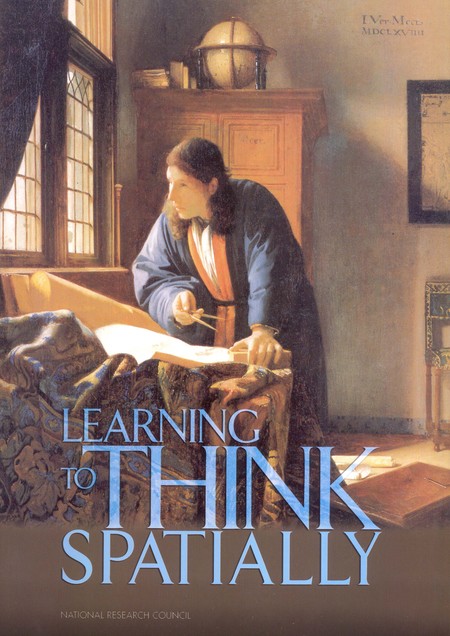 We’ve seen how scholars, policy makers, students, workers, and others have employed spatial approaches that recognize the spatiotemporal nature of people, places, and processes. The key to these efforts is using concepts such as location, space, scale, and distance. This work is all part of a broader and vital cross-cutting need for society to broaden and deepen the use of spatial approaches so that we may better see the connections within and among the various challenges and possibilities that people and the environment face. Mapping technologies have always exemplified the interplay between society and technology, but these social and technological components are increasingly inseparable when they come together in mapping.

Maps are useful in part because they allow us to see large areas of the world that we otherwise wouldn’t be able to see on our own, whether it be the bus lines on the next block or the entirety of the earth. Maps are helpful because they can present a variety of complex social and environmental information in a way that is easy to interpret. Maps can demonstrate basic spatial relationships and highlight features of interest, but they can also provide information on things that cannot be directly observed even if one were standing in the mapped location. For instance, maps allow us to ‘see’ invisible phenomena such as mineral deposits below the ground, pollutants in the air, and the day’s pollen count. Many of our maps are reference maps, generalist views depicting one world that essentially stores and displays a variety of features for a variety of uses. In contrast, thematic maps highlight specific themes, be it the fastest route to work or the best places to eat.

More broadly, we have seen how maps are both technology—be it pen on paper or pixels on a screen—and an artifact of society derived from the data, analysis, display, and use to which maps are put. As such, it is hard to know what the future holds. Our maps today reflect artistic and scientific standards that are centuries old, such as the underlying projection systems or color conventions used by most online and mobile maps. Like the societies from which they spring, however, maps both drive and are driven by changes in society and technology. Clearly, mapping today is a story of geographic information science and cognate technologies, like GPS, big data, virtual reality, or machine learning. Mapping will remain an important part of this larger evolving mix of society and technology.

What will not change, however, is the need to see maps explicitly in terms of society and technology. Mapping is a way of knowing and changing the world, and as such, mapping can only make sense in the context of a broader education that allows a person to critically and ethically engage with its various dimensions. We have seen how mapping is built on various fundamentals including data, symbolization, simplification, and classification, as well as many forms of spatial analysis. Throughout this book, we have explored the numerous scientific and policy dimensions of maps, particularly in how there is no such thing as just data or maps outside of a broader social and technological context. Even the most basic aspects of science and engineering of mapping technologies pose various kinds of promises and pitfalls, including foundational technologies like GPS, the internet, remote sensing, and crowdsourcing. Many mapping technologies, including satellite imaging, GPS units, and the location-aware internet are grounded in a complicated set of interplays among various parts of society, including the government, military, commercial firms, not-for-profit organizations, and regular people going about their lives.

It will also remain important to examine the continuing roles that individuals play in their cultural, social, economic, and political worlds as it relates to mapping. We must ask questions about what surveillance practices mean for individuals and society or how individuals can take advantage of mobile mapping technologies to change the way they understand and effect change in the world. Mapping offers a multidisciplinary framework with which to understand a range of local, national, and global issues. Mapping also involves critically evaluating maps produced by different individuals, social groups, and researchers. This informed understanding of these social and technological features of mapping is more important now than ever. We have seen how individuals and groups are tracked via their mobile phones by companies like Facebook or by government agencies. If you are reading this book via the internet or as a download on your phone or tablet, you are being tracked by a few different organizations, and likely more than you would expect. Mapping is a useful way to understand relationships between society and technology, as mapping technologies are driven by social needs, and these technologies, in turn, advance and change with societal shifts.

In sum, mapping is an essential and ever-growing human activity. It is the result of the interplay among many facets of society and technology, and has been for most of recorded history (and likely before then as well). With the advent of computerized mapping, people experience how spatial data, analysis, visualization, and thinking are transforming our society in many ways. Billions of people use technologies such as GPS, mapping, location-based restaurant service, and car-hailing companies. Governments use mapping to identify crime hot-spots, plan social interventions, and identify routes to evacuate vulnerable populations from harm. Companies use spatial analysis to find optimal sites for stores, evaluate supply chains, and determine how much to charge for goods and services. We combine spatial approaches with spatiotemporal data gleaned from maps, satellites, smartphones, sensor networks, drone-based cameras, and social media. These technologies help commuters plan how to minimize travel time, farmers to best plant and protect crops, epidemiologists to identify emerging disease hotspots; emergency planners to develop smarter evacuation routes, policy makers to visualize spatiotemporal climate-change scenarios, and first responders to use high-resolution imagery to map areas of need. These are just a few of the many high-impact and relevant ways in which mapping is used in people’s lives.

10. Conclusion by Steven Manson is licensed under a Creative Commons Attribution-NonCommercial 4.0 International License, except where otherwise noted.