Earlier in this chapter, we learned that increasing sentence variety adds interest to a piece of writing and makes the reading process more enjoyable for others. Using a mixture of sentence lengths and patterns throughout an essay is an important writing technique. However, it is equally important to avoid introducing variation within individual sentences. A strong sentence is composed of balanced parts that all have the same structure. In this section, we will examine how to create a balanced sentence structure by using parallelism.

Parallelism is the use of similar structure in related words, clauses, or phrases. It creates a sense of rhythm and balance within a sentence. As readers, we often correct faulty parallelism—a lack of parallel structure—intuitively because an unbalanced sentence sounds awkward and poorly constructed. Read the following sentences aloud:

Faulty parallelism: Kelly had to iron, do the washing, and shopping before her parents arrived.

Faulty parallelism: Driving a car requires coordination, patience, and to have good eyesight.

All of these sentences contain faulty parallelism. Although they are factually correct, the construction is clunky and confusing. In the first example, three different verb forms are used. In the second and third examples, the writer begins each sentence by using a noun (coordination, jeans), but ends with a phrase (to have good eyesight, wearing a suit). Now read the same three sentences that have correct parallelism.

Correct parallelism: Kelly had to do the ironing, washing, and shopping before her parents arrived.

When these sentences are written using a parallel structure, they sound more aesthetically pleasing because they are balanced. Repetition of grammatical construction also minimizes the amount of work the reader has to do to decode the sentence. This enables the reader to focus on the main idea in the sentence and not on how the sentence is put together.

A simple way to check for parallelism in your writing is to make sure you have paired nouns with nouns, verbs with verbs, prepositional phrases with prepositional phrases, and so on. Underline each element in a sentence and check that the corresponding element uses the same grammatical form.

When you connect two clauses using a coordinating conjunction (for, and, nor, but, or, yet, so), make sure that the same grammatical structure is used on each side of the conjunction. Take a look at the following example:

Faulty parallelism: When I walk the dog, I like to listen to music and talking to friends on the phone.

Correct parallelism: When I walk the dog, I like listening to music and talking to friends on the phone.

The first sentence uses two different verb forms (to listen, talking). In the second sentence, the grammatical construction on each side of the coordinating conjunction (and) is the same, creating a parallel sentence.

The same technique should be used for joining items or lists in a series:

Faulty parallelism: This committee needs to decide whether the company should reduce its workforce, cut its benefits, or lowering workers’ wages.

Correct parallelism: This committee needs to decide whether the company should reduce its workforce, cut its benefits, or lower workers’ wages.

On your own sheet of paper, revise each of the following sentences to create parallel structure using coordinating conjunctions.

Creating Parallelism Using Than or As

Faulty parallelism: Swimming in the ocean is much tougher than a pool.

Correct parallelism: Swimming in the ocean is much tougher than swimming in a pool.

In the first sentence, the elements before the comparison word (than) are not equal to the elements after the comparison word. It appears that the writer is comparing an action (swimming) with a noun (a pool). In the second sentence, the writer uses the same grammatical construction to create a parallel structure. This clarifies that an action is being compared with another action.

To correct some instances of faulty parallelism, it may be necessary to add or delete words in a sentence.

Faulty parallelism: A brisk walk is as beneficial to your health as going for a run.

Correct parallelism: Going for a brisk walk is as beneficial to your health as going for a run.

In this example, it is necessary to add the verb phrase going for to the sentence in order to clarify that the act of walking is being compared to the act of running.

On your own sheet of paper, revise each of the following sentences to create parallel structure using than or as.

Correlative conjunctions should follow the same grammatical structure to create a parallel sentence. Take a look at the following example:

Faulty parallelism: We can neither wait for something to happen nor can we take evasive action.

Correct parallelism: We can neither wait for something to happen nor take evasive action.

Faulty parallelism: It was both a long movie and poorly written.

Correct parallelism: The movie was both long and poorly written.

To see examples of parallelism in use, read some of the great historical speeches by rhetoricians such as Abraham Lincoln and Martin Luther King Jr. Notice how they use parallel structures to emphasize important points and to create a smooth, easily understandable oration.

Here is a link to text, audio, video, and the music of Martin Luther King’s speech “I Have a Dream”: http://www.mlkonline.net/dream.html.

Speechwriters use parallelism not only within sentences but also throughout paragraphs and beyond. Repeating particular key phrases throughout a speech is an effective way of tying a paragraph together as a cohesive whole and creating a sense of importance. This technique can be adapted to any piece of writing, but it may be especially useful for creating a proposal or other type of persuasive workplace document.

Note that the spelling and grammar checker on most word processors will not draw attention to faulty parallelism. When proofreading a document, read it aloud and listen for sentences that sound awkward or poorly phrased.

On your own sheet of paper, revise each of the following sentences to create parallel structure using correlative conjunctions.

Read through the following excerpt from Alex’s essay and revise any instances of faulty parallelism. Rewrite the sentences to create a parallel structure. 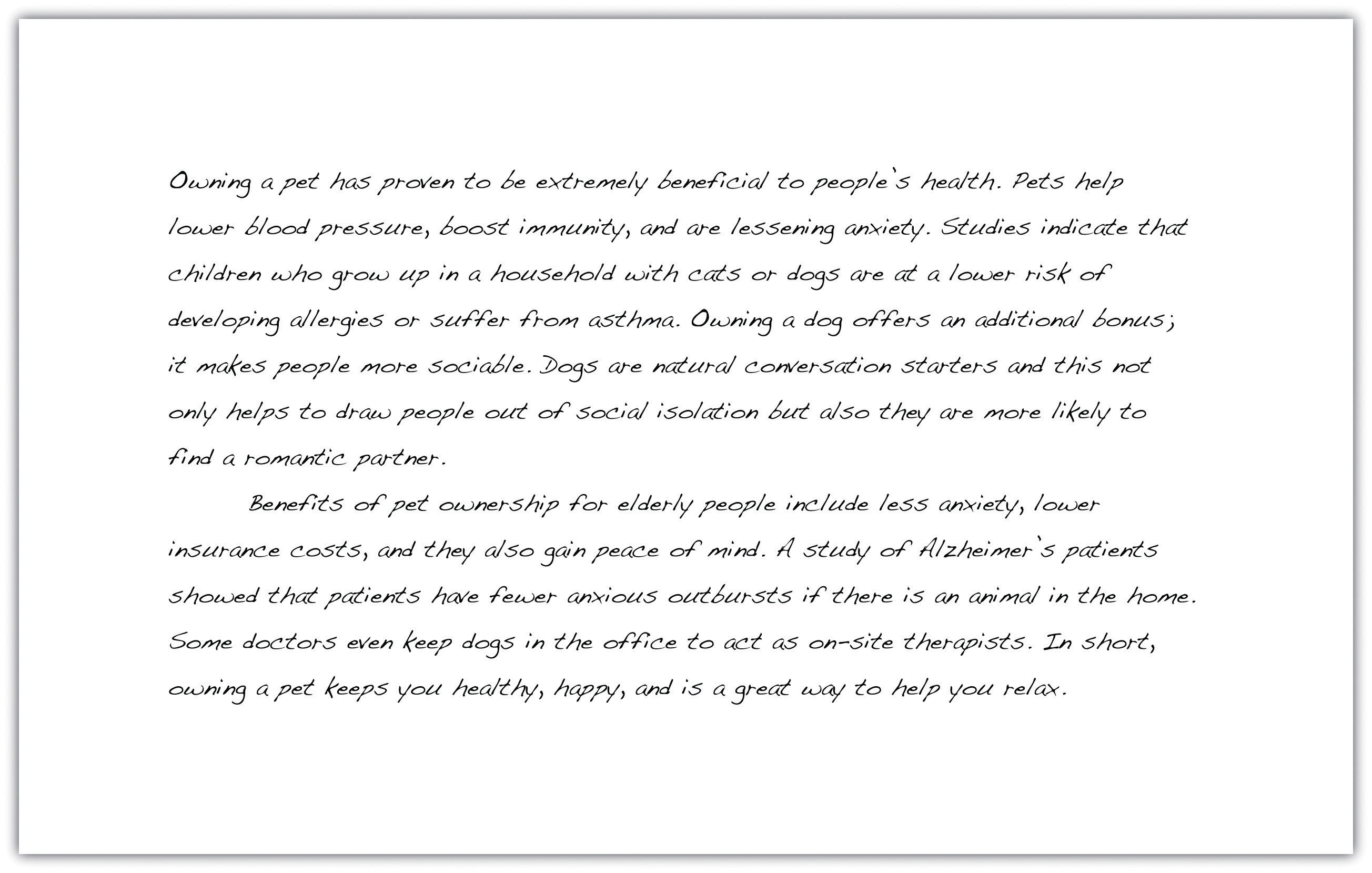