Although the individual therapies that we have discussed so far in this chapter focus primarily on the psychological and biological aspects of the bio-psycho-social model of disorder, the social dimension is never out of the picture. Therapists understand that disorder is caused, and potentially prevented, in large part by the people with whom we interact. A person with schizophrenia does not live in a vacuum. He interacts with his family members and with the other members of the community, and the behavior of those people may influence his disease. And depression and anxiety are created primarily by the affected individual’s perceptions (and misperceptions) of the important people around them. Thus prevention and treatment are influenced in large part by the social context in which the person is living.

Practitioners sometimes incorporate the social setting in which disorder occurs by conducting therapy in groups. Group therapy is psychotherapy in which clients receive psychological treatment together with others. A professionally trained therapist guides the group, usually between 6 and 10 participants, to create an atmosphere of support and emotional safety for the participants (Yalom & Leszcz, 2005).

Group therapy provides a safe place where people come together to share problems or concerns, to better understand their own situations, and to learn from and with each other. Group therapy is often cheaper than individual therapy, as the therapist can treat more people at the same time, but economy is only one part of its attraction. Group therapy allows people to help each other, by sharing ideas, problems, and solutions. It provides social support, offers the knowledge that other people are facing and successfully coping with similar situations, and allows group members to model the successful behaviors of other group members. Group therapy makes explicit the idea that our interactions with others may create, intensify, and potentially alleviate disorders.

Group therapy has met with much success in the more than 50 years it has been in use, and it has generally been found to be as or more effective than individual therapy (McDermut, Miller, & Brown, 2001). Group therapy is particularly effective for people who have life-altering illness, as it helps them cope better with their disease, enhances the quality of their lives, and in some cases has even been shown to help them live longer (American Group Psychotherapy Association, 2000)1. 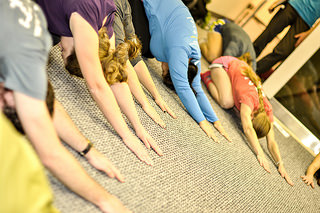 Group therapy provides a therapeutic setting where people meet with others to share problems or concerns, to better understand their own situation, and to learn from and with each other.

Sometimes group therapy is conducted with people who are in close relationships. Couples therapy is treatment in which two people who are cohabitating, married, or dating meet together with the practitioner to discuss their concerns and issues about their relationship. These therapies are in some cases educational, providing the couple with information about what is to be expected in a relationship. The therapy may focus on such topics as sexual enjoyment, communication, or the symptoms of one of the partners (e.g., depression).

Family therapy involves families meeting together with a therapist. In some cases the meeting is precipitated by a particular problem with one family member, such as a diagnosis of bipolar disorder in a child. Family therapy is based on the assumption that the problem, even if it is primarily affecting one person, is the result of an interaction among the people in the family.

Group therapy is based on the idea that people can be helped by the positive social relationships that others provide. One way for people to gain this social support is by joining a self-help group, which is a voluntary association of people who share a common desire to overcome psychological disorder or improve their well-being (Humphreys & Rappaport, 1994). Self-help groups have been used to help individuals cope with many types of addictive behaviors. Three of the best-known self-help groups are Alcoholics Anonymous, of which there are more than two million members in the United States, Gamblers Anonymous, and Overeaters Anonymous.

The idea behind self-groups is very similar to that of group therapy, but the groups are open to a broader spectrum of people. As in group therapy, the benefits include social support, education, and observational learning. Religion and spirituality are often emphasized, and self-blame is discouraged. Regular group meetings are held with the supervision of a trained leader.

Secondary prevention is more limited and focuses on people who are most likely to need it—those who display risk factors for a given disorder. Risk factors are the social, environmental, and economic vulnerabilities that make it more likely than average that a given individual will develop a disorder (Werner & Smith, 1992). The following presents a list of potential risk factors for psychological disorders.

Some Risk Factors for Psychological Disorders

Finally, tertiary prevention is treatment, such as psychotherapy or biomedical therapy, that focuses on people who are already diagnosed with disorder.

Community prevention programs are designed to provide support during childhood or early adolescence with the hope that the interventions will prevent disorders from appearing or will keep existing disorders from expanding. Interventions include such things as help with housing, counseling, group therapy, emotional regulation, job and skills training, literacy training, social responsibility training, exercise, stress management, rehabilitation, family therapy, or removing a child from a stressful or dangerous home situation.

The goal of community interventions is to make it easier for individuals to continue to live a normal life in the face of their problems. Community mental health services are designed to make it less likely that vulnerable populations will end up in institutions or on the streets. In summary, their goal is to allow at-risk individuals to continue to participate in community life by assisting them within their own communities.

Research Focus: The Implicit Association Test as a Behavioral Marker for Suicide

Secondary prevention focuses on people who are at risk for disorder or for harmful behaviors. Suicide is a leading cause of death worldwide, and prevention efforts can help people consider other alternatives, particularly if it can be determined who is most at risk. Determining whether a person is at risk of suicide is difficult, however, because people are motivated to deny or conceal such thoughts to avoid intervention or hospitalization. One recent study found that 78% of patients who die by suicide explicitly deny suicidal thoughts in their last verbal communications before killing themselves (Busch, Fawcett, & Jacobs, 2003).

Nock et al. (2010) tested the possibility that implicit measures of the association between the self-concept and death might provide a more direct behavioral marker of suicide risk that would allow professionals to more accurately determine whether a person is likely to commit suicide in comparison to existing self-report measures. They measured implicit associations about death and suicide in 157 people seeking treatment at a psychiatric emergency department.

The participants all completed a version of the Implicit Association Test (IAT), which was designed to assess the strength of a person’s mental associations between death and the self (Greenwald, McGhee, & Schwartz, 1998). Using a notebook computer, participants classified stimuli representing the constructs of “death” (i.e., die, dead, deceased, lifeless, and suicide) and “life” (i.e., alive, survive, live, thrive, and breathing) and the attributes of “me” (i.e., I, myself, my, mine, and self) and “not me” (i.e., they, them, their, theirs, and other). Response latencies for all trials were recorded and analyzed, and the strength of each participant’s association between “death” and “me” was calculated.

The researchers then followed participants over the next 6 months to test whether the measured implicit association of death with self could be used to predict future suicide attempts. The authors also tested whether scores on the IAT would add to prediction of risk above and beyond other measures of risk, including questionnaire and interview measures of suicide risk. Scores on the IAT predicted suicide attempts in the next 6 months above all the other risk factors that were collected by the hospital staff, including past history of suicide attempts. These results suggest that measures of implicit cognition may be useful for determining risk factors for clinical behaviors such as suicide.