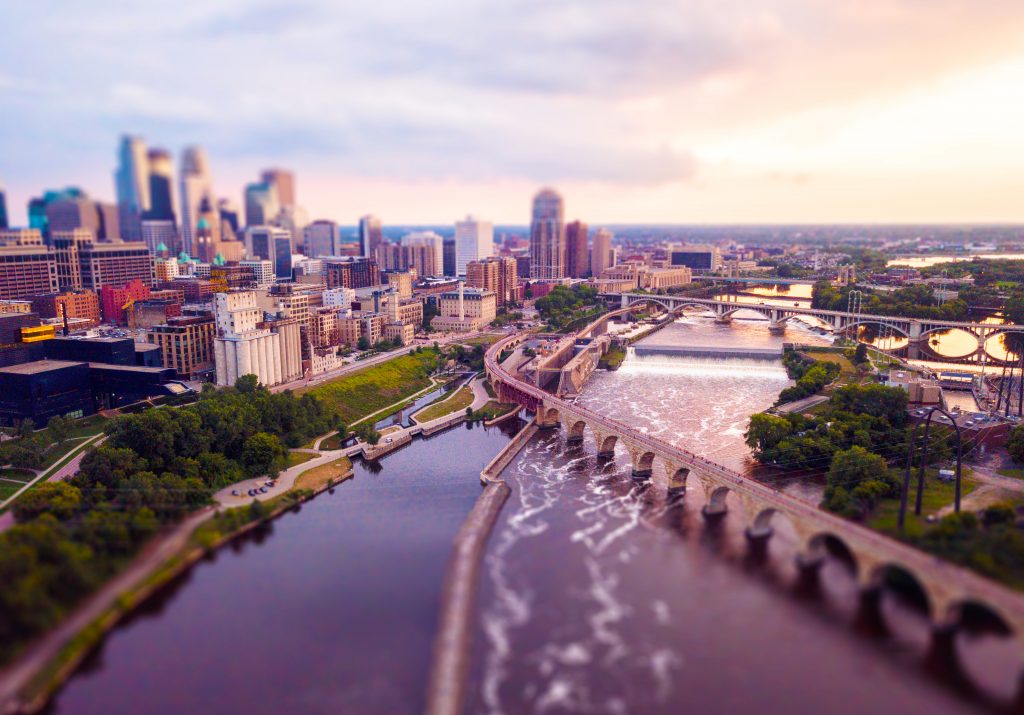 San Francisco, Portland, Austin, Madison, and Minneapolis are considered some of the country’s best-designed and most politically liberal cities. Mention of each brings to mind public parks, ample bike lanes, eclectic music scenes, colleges, creatives, and craft beer. Each has focused public funds on livability investments like transit, public spaces, arts, and entertainment. Each has said that equity—fair and just access to opportunities and resources for all of its citizens—is a central concern of its place and policy-making. But as David Dahmer asks in his article titled “The Harsh Truth about Progressive Cities,” (Dahmer, 2015) why are these cities some of the most unjust in the U.S.?

My own hometowns of Minneapolis and St. Paul have, in the last ten years, topped the charts for livable neighborhoods and beautiful parks. A 2015 article in The Atlantic, titled “The Miracle of Minneapolis,” said that “No other place mixes affordability, opportunity, and wealth so well” (Thompson, 2015). But what the article did not point out—though many readers immediately did—is that, livability awards aside, and official rhetoric about the importance of equity aside, the Twin Cities is still one of the worst places in the country to be Black or Native American. That’s right, one of the worst. And this is on important measures like education, health, and jobs.

This comes as a big surprise to many white Minnesotans. We are used to looking at statistics in aggregate, not separated by race or ethnicity. In aggregate, we look pretty good. So we pat ourselves on the back and assume that those aggregated statistics hold for all Minnesotans. We assume we are good people with good leaders. We assume “those problems” don’t plague Northern cities. Cities where NPR is well funded and politicians, at least until you hit the suburbs, are mainly left of center.

These questions aren’t new, not even in the design fields. They are, however, receiving renewed attention in several public interest design programs across the country where students, faculty, and practitioners are teaming up to address the gap between our professional pledge to serve “the public good” and the reality that the public we have been serving best is mainly white and often affluent. These programs are partnering with non-profits and municipalities to build community gardens, rethink transit systems, and advocate for better and more affordable housing. Not all of these programs are new. Many, in fact, can trace their roots back to the 1970s, as designers tried to chart their paths within larger social justice movements.

This book, originally created for a Public Interest Design (PID) course at the University of Minnesota called Design Equity, was written with the hope that it will become a resource for professional designers, non-profit and government partners, and community members. In conversations about how we want to ground the entire PID program, the word equity became a way to wrestle with what we mean by public interest. Equity means fair and just access to opportunities and resources and, in our minds, should be a fundamental goal of all public interest design projects and programs.

In the past few years, unfortunately, the term equity has become ubiquitous and its definition murky. It seems like every government report or new foundation initiative has incorporated the word into its title. In “Is Equity the New Coconut Water?,” Vu Le comments on the term’s overuse in Seattle: You can’t walk down the street without hearing someone saying something like, “Equity. Equity, equity, equity. Blah blah community engagement Seahawks equity” (Vu, 2014).

If the term has lost its intended meaning, should we, as Vu Le asks, put it back on the grocery store shelf next to the kombucha? Does it still have value to designers working for social justice? I think we need to keep it (or take it back, depending on your view). It’s prevalence presents ample opportunities to spark conversations about its real meaning. Each time the word is spoken—in a public meeting or behind closed doors, in a foundation report or a design proposal—there is an opening, a moment when an important and difficult conversation about systemic racial disparities could occur.

This disjuncture between equity as equal and equity as fair can fuel the conversations needed to make San Francisco, Portland, Austin, Madison, and Minneapolis/St. Paul into places where everyone has the chance to flourish—conversations that acknowledge and examine the history of this privilege and its specific impact on people in each city.

Equity is an ethical principle, a position on what is good and right. It refers to the fair distribution of impacts—both benefits and costs. To quote Braveman and Gruskin, two health equity researchers:

…equity…is the absence of systematic disparities…between groups with different levels of underlying social advantage/disadvantage—that is, wealth, power, or prestige. Inequities…put groups of people who are already socially disadvantaged (for example, by virtue of being poor, female, and/or members of a disenfranchised racial, ethnic, or religious group) at further disadvantage…. (Braveman & Gruskin, 2003, p. 254)

Equity does not mean numerically equal. It does not mean, for example, that the same amount of transit should be available to all people. Why? For low income families, who spend 45% of their income on transportation, a change in routes or schedules can mean less time at home, and missing the bus because of inconsistent scheduling can mean losing a job. For these families, the costs and risks are higher than they are for me. I have direct access to two cars, know lots of people with access to cars who could help in a pinch, and won’t get fired if I’m late for work.

Another reason to take hold of the word equity is that if we don’t clearly define and deploy the word, it will be usurped by those with the most power—usually those with the least interest in making better outcomes for people who historically and presently have the most at stake. It’s not just professionals or government officials who say “equity” but mean equal; it’s also community members involved in public participation processes. Depending on your implicit definition of equity, you are going to argue for very different design and planning approaches. [2] Ones that either benefit everyone or benefit a few.

In the next chapter we will examine decades of design decisions that helped create today’s uneven playing field. The history of environmental design shows us how the physical qualities we see in our cities, combined with what we don’t see—the laws, policies, and processes—have allowed disparities to grow.

By focusing on racial equity, I also don’t mean to ignore the economic struggles of White people living under an unfair economic system where minimum wage in no way constitutes a living wage. Instead I strive to get at the issues that have led to such persistently shameful racial equity statistics in my own and many other U.S. communities. My hope is that through a focus on racial equity, we might illuminate opportunities to shift design process, practice, and products that better serve all of us. For instance, without a diverse set of problem solvers working together in a design process, we can’t break out of modes of thinking rooted in the dominant culture. Which means that design programs must encourage and support (especially financially) students who have experienced poverty, ableism, sexism, and racism. These students may face similar educational barriers (high tuition and lack of peer or role model support on campus) but some may face barriers unique to their identity (studio classrooms without accessible doors or gender-neutral bathrooms, lack of programs in rural areas). Others students may face barriers compounded by their race, class, gender, ability, and/or sexuality.

Furthermore, racial injustice, as we will learn, is directly tied to economic injustice and to physical places. These ties go back to the founding of the United States on land taken through genocide and with labor secured through enslavement. As a designer whose focus is on physical places – where we live, work, play, learn, gather, celebrate, govern, and protest, who works in a state where contemporary policies (or lack of policies), and with experience teaching American design history, the repetition of racial inequities over time and right up to the present day has been foremost in my mind.

In Chapter 3 we will look at how personal and institutional racism work, why these discussions are so difficult, and how we can learn to get over our fears and engage in effective conversations. Next, we will dig into some of the equity fields that are most related to environmental design, like health, information, and transportation. How is equity understood in these fields? How does each field relate to environmental design products and processes? What solutions have been developed in these fields to bring us to equity? Is there a role for designers in their work?

Finally, we will bring our conversation back to design practice. How, given all that we have learned about equity, can environmental design help create equitable cities? Where are leverage points for generating more equitable outcomes? What is possible? What are the pitfalls? How does equity-driven design work differ from traditional design practice? How do we pay for it? How do we evaluate it? And most importantly, how do we sustain it over the long haul? Our cities didn’t become inequitable overnight. Remaking them as places of opportunity for everyone is going to be a long haul.

Introduction to Design Equity by Kristine Miller is licensed under a Creative Commons Attribution 4.0 International License, except where otherwise noted.