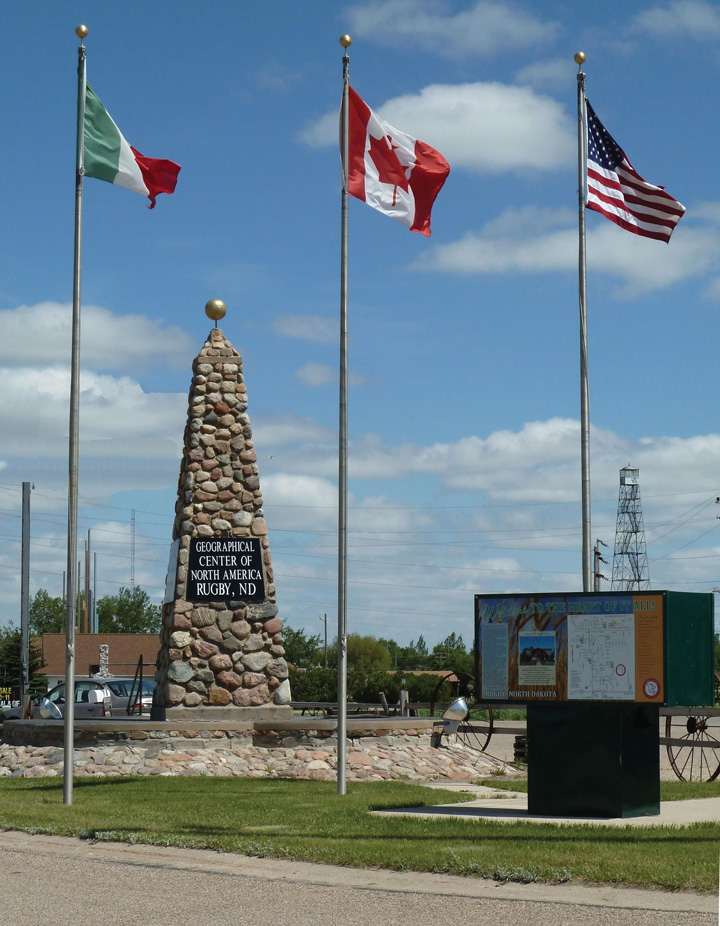 The geographic center of North America is located near Rugby, North Dakota. Notice the flags of Mexico, Canada, and the United States.

The realm of North America as a continent extends from the polar regions of the Arctic in northern Canada and Alaska all the way south through Mexico and the countries of Central America. Geographers usually study the continent by dividing it into two separate realms based on differences in physical and cultural geography. Both the United States and Canada share similar physical geography characteristics as well as a common development history with either a British or French colonial legacy. Mexico and Central America are dominated by more tropical climates and were colonized mainly by the Spanish. The United States and Canada—the second- and third-largest countries in the world in physical area, respectively—make up more than 13 percent of the world’s total landmass. The Atlantic Ocean borders their eastern edge, and the Pacific Ocean creates their western boundary. To the north is the Arctic Ocean. The North American region is highly urbanized—about 80 percent of the population lives in cities—but other vast areas, especially in Canada, are sparsely populated. Although some natives remain, most of North America’s diverse population consists of immigrants or descendants of immigrants from other world regions. The United States is the world’s largest economy, and both countries enjoy high standards of living as technologically developed countries.